Church attack in Egypt: the majority of the killed were women and children

In Egyptian capital Cairo, a bombing attack was carried out near St Mark’s Cathedral during the Sunday mass. Death toll has risen to 26
GENERAL

On September 30, Armenian neighborhoods Nor Gyuğ (new village) and Villa had been hit by rockets, killing 11 Armenians and wounding 11. People also are wounded in the attacks on October 3.
AGENDA

In Nice, during Bastille Day celebrations, a truck rammed the crowd gathered for the celebrations. In the attack, 84 people were killed and 100 people were injured. It is claimed that the attacker is a 31-years-old French citizen of Tunisia origin.
NEWS

PYD co-chair Müslim: we have nothing to do with Ankara attack

PYD co-chair Salih Müslim denied Davutoğlu’s claims by saying that they have nothing to do with Ankara attack.
NEWS

“Cleaning from house to house” starts in Silopi

Silopi is still under curfew and police and military forces raided the house of Seyfettin Aslan, the co-Mayor of Silopi, while HDP MP Ferhat Encü and co-Mayors of Silopi Emine Esmer and Seyfettin Aslan were there. Encü stated that the security forces started to follow the order of the prime minister who said “There will be a cleaning from house to house.” Encü also said that a civilian is killed in Cizre.
NEWS

Assyrian International News Agency (AINA) released a list of churches in Syria which were destroyed by ISIS and other radical Islamist groups. In the list, there are 3 Armenian churches.
NEWS 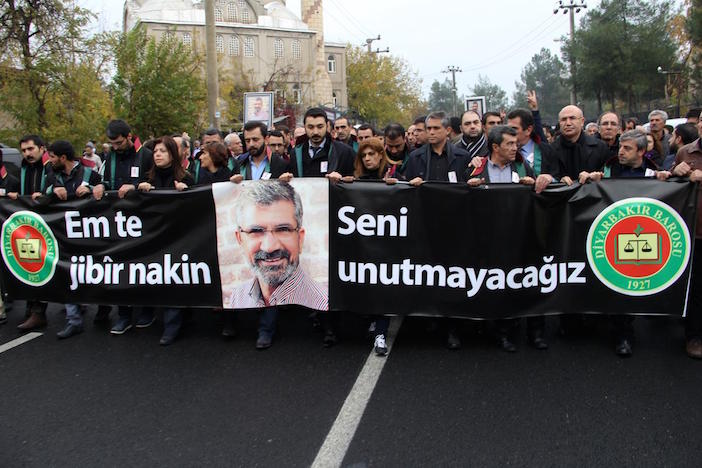 Funeral of Tahir Elçi: “Victims of unidentified murders will welcome him”

Murdered on Saturday, Tahir Elçi was bidded farewall yesterday. During the farewell ceremony, his wife Türkan Elçi said: “Victims of unidentified murders will welcome him.”
NEWS

Suspicion of attempted assassination against Demirtaş

A mark in the armed car that is assigned to HDP’s co-chair Demirtaş brought about questions concerning an attempted assassination. The police said that it might be a bullet mark, whereas the governorship stated that it is not caused by a firearm.