Dink family’s lawyer Bakırcıoğlu evaluated Engin Dinç’s testimony: “The responsibility of the Directorate of Security of Trabzon cannot be set aside”

Engin Dinç bore a testimony as a suspect 9 years after the assassination of Hrant Dink. In 2007, the year that Hrant Dink was assassinated, he was the chief of Provincial Intelligence Office of Trabzon and now, he serves as the head of Police Intelligence Department.
NEWS
02.28.2015 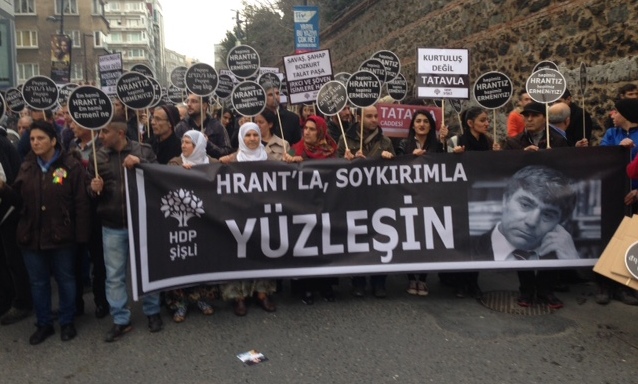 The HDP Şişli District Organization commemorated Hrant Dink with a rally on the 8th anniversary of his assassination. HDP also released a press statement underlining Cizre Police Chief Ercan Demir’s connection with the Dink murder. Several recent murders and disappearances in Cizre have been linked to the police.