The guest on March 5 of the Thursday Talks organized by the History Foundation was Nevzat Onaran. Onaran presented a speech titled ‘The Code of 1915: Emval-i Metruke/Abandoned Properties’ and we talked to him about the continuity of the economic policy based on liquidification, and the laws that enabled that continuity.

Which laws formed the basis for the economic liquidation that began with 1915? 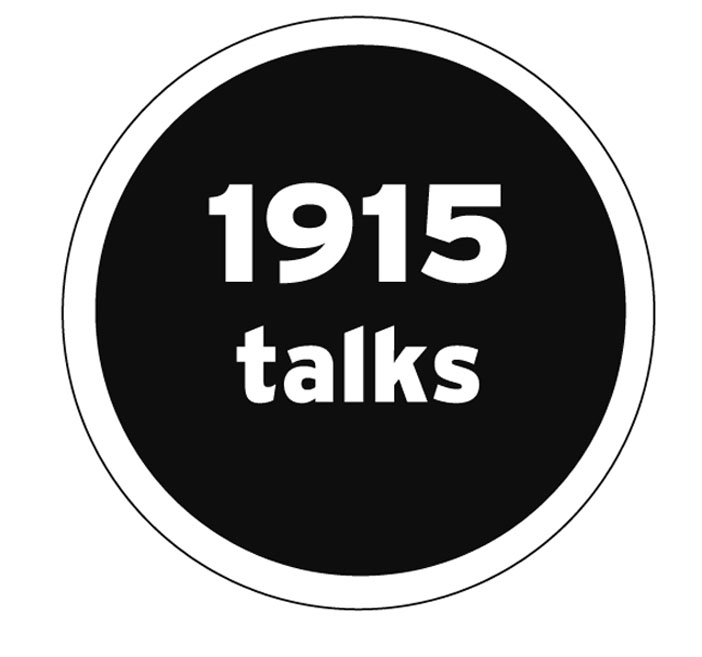 Emval-i metruke (Abandoned properties) is a phrase that describes goods that no longer have an owner. However, within the Ottoman context, the owner of the properties in question was known, therefore in the case of 1915, the phrase actually means properties that were, in one way or another, forcibly seized from its owner by the State. The deportation law issued on 27 May 1915, the mass migration of the Armenians began, and this law was followed with a directive issued on 10 June 1915, on the settlement of Armenians. Of the properties left behind by the Armenians, the movable assets were immediately sold, whereas immovable assets were seized by the State. A part of these were distributed to Muslim migrants to Anatolia, while in many areas, they were literally grabbed by whoever got there first. The relevant legislation has three bases. The first is the decree of the Meclis-i Vükela, or Cabinet, dated 30 May 1915. The second is the directive dated 10 June 1915. And the third is the law, which is shortly referred to as the Liquidation Law. The first defined the assets as abandoned properties, the second led to the pillaging of the assets, while the third provided their new owners with legal deeds for the properties they pillaged. The Liquidation Law is the most important of the three.

Why is the Liquidation Law the most important?

Because this law is the final stage of the internal war front the Ottoman Empire appended to the state of external war it was involved in. Its enemies in this internal war where people who were affiliated with it by bonds of citizenship. First, Armenian men between the ages of 20 and 40 were drafted with the Mobilization Law; and then, on 24 April 1915, the leading intellectuals were imprisoned, and some were murdered. And then, whoever was left was forced to migrate away from their homes. In other words, the Empire openly says, regarding the remaining folk, “They have betrayed their country, they are enemies”. This became official with the coded telegram sent out by Talaat Pasha in February. Therefore Armenians were openly regarded as opponents in the internal war. In such an environment, the Liquidation Law was the final stage in this war. After all, Article 1 of the Law clearly states that the properties of the people who were forced into exile are to be liquidated. With Article 2, the State seizes the properties of these exiled people; and Article 6 regulates the establishment of a commission for the carrying out of this task. The dispossession system founded in 1915 is consolidated with this law.

We can say that Ankara’s main personnel against the Istanbul government was made up of members of Union and Progress. This was why the issue of abandoned properties appears many times on the agenda of the Parliament in Ankara.

Can we talk about a continuity regarding these laws?

In 1918, a government decree was issued allowing the return of the forcibly exiled. Following the Ottoman defeat in the war, on 8 January 1920, the Istanbul government issued a new decree. This decree rendered void all actions carried out on the basis of the Liquidation Law. The new system stated that the losses of all those whose properties were seized or sold would be compensated. In the same period, the movement that would carry out the National Struggle in Anatolia gained power. The group that would later form a government in Ankara called itself during that period Müdafaa-i Hukuk Cemiyeti, the Society for the Defence of Rights. We know that all members of Union and Progress, which had lost power, were members of this society. In this respect, we can say that Ankara’s main personnel against the Istanbul government was made up of members of Union and Progress. This was why the issue of abandoned properties appears many times on the agenda of the Parliament in Ankara. On 20 April 1922, the first law on this matter was issued. Decisions were taken regarding what to do with the properties in recovered areas. However, let us pay attention to the date. Not many areas had been recovered at that point. This law stated that the properties of those who return would be given back. However, that article was annotated with the condition that a court had to determine that the property belonged to the returned person. In other words, they made it very difficult for those who returned.

When were the laws of the Republican regime regarding property seizure issued?

The first regulation after that was made after 9 September 1922, when İzmir was captured. Only 5 days after the capture of İzmir, the law issued by the Istanbul government on 8 January 1920 was repealed, first by a secret session, and then an open session. This paved the way for implementations carried out in the framework of the Liquidation Law. In the process that followed, the statute on the formation of the Liquidation Commission was changed on 31 October 1922, and the commissions were formed mostly of local notables. Then on 15 April 1923, a comprehensive law on abandoned properties was issued. This law renewed the law issued in 1915 and its scope was broadened at a very critical point. The scope of properties defined as abandoned properties, in addition to belonging to persons who had been forcibly exiled, was broadened to include properties of disappeared and departed persons, those who had travelled to a foreign country, and even those who had travelled to Istanbul and its environs. In fact, when objections were raised to the part of that specific article regarding Istanbul, Finance Minister Hasan Fehmi provided assurance that the properties of Muslims would not be touched. Thus, the law was rendered even more problematic than in 1915, and the attributes of properties the State could seize was increased. This was how the State first seized, then pillaged and finally issued deeds for the properties of the Armenians.

The Treaty of Lausanne was signed on 24 July 1923; however, the validity of Lausanne still remained problematic. In order to solve this problem, a decree was passed on 13 June 1926, and the date for the beginning of Lausanne’s validity was set as 6 August 1924.

Where does the Treaty of Lausanne stand in this equation?

Were other laws in the same vein issued in the Republican period?

Many regulations were approved during the 1920s to encourage the changing of hands of abandoned properties. The Settlement Law issued in 1934 is also very important in this respect. Within the scope of this law, a mapping of who lives where was carried out. This map was shaped according to those who were affiliated with Turkish culture, or those whose mother tongue was Turkish. The rationale of the law was, after all, civilising and assimilation. Article 2 of this law determined where Turks would live, where those to be assimilated would live, and also, prohibited areas. The Dersim Massacre was carried out on the basis of this mapping. The rampant Turkish nationalism of this period infected the articles of this law as well.

Since the initial capital was formed by the violent transfer of domestic capital, Turkey has no 100-year old brand of its own.

It is a very basic argument that the capital accumulation of the Republican period grew on the basis of these properties. Are we able to clearly validate this argument?

The Istanbul Chamber of Commerce and Industry published a book titled ‘50 Years of the Chamber’ in 1931 or 1932. This book states that in the early 1880s, Turks led 4, and non-Turks led in 27 of the 31 sectors in the economy. In the same respect, a book published in 1973 by the State Institute of Statistics on the 50th year of the Republic, states that according to 1914 economic data, Muslim Turks controlled 15% of the economy, while Greeks controlled 50%, Armenians 20%, Jews 5%, and foreigners 10%. With the initiation of internal war in 1915, this economic landscape was completely reversed. In 1915 the Armenians, with the 1924 Population Exchange the Greeks and in the 1930s the Jews and foreigners are liquidated. This clears the path in the economy for those who are religiously Muslim, and ethnically Turkish. Newspaper articles published in the 1920s also confirm this. They say that the war environment benefited the Turkification of the economy. We could also link this to Turkey’s failure in industrialization. Since the initial capital was formed by the violent transfer of domestic capital, Turkey has no 100-year old brand of its own, or, the number of companies with a 100 year history are very limited.

This is true for large capital groups, but can we see documents that would clearly prove this?

During the debate over how the Çankaya Mansion had changed hands, Edward Çuhacı, a member of the Kasapyan family, had sent Agos a letter in April 2007. In that letter, he stated that their estate home in Keçiören now belonged to the Koç family. But if serious research were to be carried out on the basis of companies, then one would have to refer to the records of Chambers of Commerce. However, even that would be a difficult task. In this context, the İzmir Chamber of Commerce has published its records. When you look into those records, you see statements such as, “The abandoned property bail brought by the A company has been accepted”. That means: since the abandoned properties registered in the company’s name would be considered part of the company’s capital, they show this document so that their classification can be determined.

Does the policy of property transfer administered by the State change with the introduction of the multi-party regime, or at any other political turning point?

In my opinion, this policy is, from Union and Progress to the present day, the consequence of the political economy of Turkish nationalism. This policy is the fundamental program of the State. This program targets every social section that is not ethnically Turkish and religiously Sunni. And there have been no deviations from this program during any period at all. The fact that the Abandoned Properties Law issued in the Republican period remained in effect in 1988 is a consequence of this. This law was abolished by Özal, I believe because the Christian community had diminished to an extent that it no longer presented a ‘threat’.