We interviewed with Nubar Gianighain about his father Raffaele Gianighain's book on his homeland Hodorçur on the occasion of its publication in Turkey.

Raffaele Gianighain's book published in Italy in '80s. Now, it is translated into Turkish by Serhan Ada and published in Turkey by İletişim Publishing. 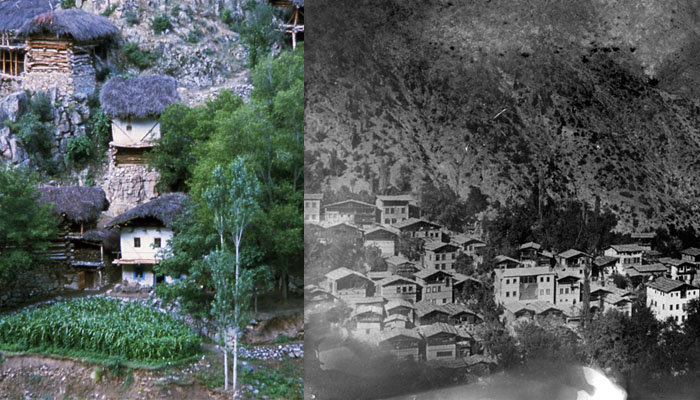 Born in Hodorçur district between Erzurum and Trabzon, Gianighain was one of the few survivors of genocide in that region. In his book, he wrote what he went through in 1915 and after. His narrative shows that he had never lost his love for life, though what he witnessed and experienced. This love sometimes intensified with the gentle touch of fresh air or with a helping hand. Gianighain blamed the governing elite more than his people for the massacre. His humanity always remained. Often, he remembered what his father said, as he was dying away from his homeland: “Go back to Hodorçur, operate our shop, it is our homeland.” He seized the first opportunity to go there and traveled to his homeland in 1977. He walked through the villages that he stayed or passed through while he was on exile; he wandered around the plateaus that became graves for thousands of people. Thus, he assessed what changed in the region since early 20th century in terms of structure and people's daily life. In the beginning, he listened to Turkish villagers who told about how wealthy Hodorçur became a haunted and desolate land after the genocide. And maybe he began to feel for the people who had to live in Hodorçur after 1915.

Raffaele Gianighain was born in 1906 in Kisak near Hodorçur district. His mother Takuhi Çakalyan died by poisoning when he was 3 years old. His father Garabet was an iron-smith. His craftsmanship helped many family members to survive the genocide in 1915. Between 1915 and 1919,  Raffaele stayed in Büyükbağ near Edessa (Urfa today); after converting to Islam, his name was changed to Abdullah. In 1919, an American mission found him and took him to Istanbul. He went to Moorat Raphael Armenian High School in Venice. He studied pharmaceutical chemistry in Pavia. He settled in Cortina d’Ampezzo which he thought resembles Hodurçur and opened a sanitary ware store there. He got married to Dina Ghedina. He had 4 children: Yervant, Nubar, Vartan and Susanna. In 1977, he went to Hodorçur; he promised his father that he will go there someday. Writing his memories of genocide after this trip,  Gianighain died on January 22, 1997.

Nubar Gianghian:  It took me more than 20 years to decide to visit Turkey

Soon after “Hodorçur” was published in Turkey, an exhibition is opened and a reading event was held. Giorgio (Nubar) Gianghian attended both events. He told about what these events mean for him and the intersections of his and his father's story.

Your father's story has reached to Turkish readers now. What do you think about this?

Hodorçur has been translated and published in Turkish so that any Turk could read it and add "a fragment of knowledge to their history" in a crucial period of the life of their country. A new friend of mine whom I invited to the reading thanked me after the event, telling that not a word was said to her by her parents and grandparents about that issue, and the book now is important to her -and to the people like her- because now they can add that "fragment of knowledge to their history”  of which they, unfortunately, did not have any hint. In conclusion I am very happy about the book: my father would have been thrilled for such a publication, that he probably considered impossible to be carried out. But times are changing, people are changing, and such publications are happening and welcome in your country.

How was the opening of the exhibition for you?

I met a lot of people, unknown to me, Armenians, Turks, mixed (I am mixed as well), and Kurds, and the Consul General of Italy, and their presence in the hall meant that Serhan Bey (Ada) and myself were right in doing what we did. Historical interest mixed with intense emotion was what I felt during the event, and it was shared by the audience, and the double reading of three chapters was a wonderful idea. Although I don’t understand Turkish, the music of the reading accompanied the language I know, and the two languages blended, as it could have happened in Istanbul before 1914. More than 100 years were necessary just to make the celebration of such a ceremony possible. And more to come, I hope and believe. Before talking, I felt moved and I remained silent for some time, but looking to my wife and seeing my father’s photograph just in front of me (the one on the cover of the book, in the uniform of Moorat Raphaelian school in Venice), I felt encouraged and started pointing out some key elements of my father’s person and character, which are present also in the book: hunger, perennial hunger, silence about his deportation, and then the mountains, where he came from to which he returned, by chance, when he was 71 years old, and the Italian mountains where he happily lived in Italy, with his wife. And the strength to survive, provided maybe from his iron-smith (demirci) mountain family.

Have you ever talk to your father about the genocide before the book has published in Italy? if he hadn't said anything about it, what did you feel after you read the book?

My father very seldom spoke about the deportation and his survival in Büyükbağ: fragments, little details, a kind of fruit, a special bread, a donkey he loved, came sometimes into light, but he never told any detail of his personal history. Armenians and Turks, both people remained silent on this tragedy. The story was told only with the writing of the book, after his travel to Hodorçur in the summer of 1977, with an alpine climbers expedition. He met this group of young people on the top of a mountain in Cortina d’Ampezzo, where we lived; they were speaking about a mountain the name of which was very familiar to my father: to Kaçkar. He asked them why they were talking about his own home mountain. They became friends: the leader was a high school teacher, professor Zucchiatti, from a nearby city, and the following year they traveled to Hunut together, and my father’s narrative was found its first inspiration in that adventure. When he returned he started typing all the time on a Royal machine he had bought ages before, with Armenian characters; all this without saying a word on what was the subject of his writing. We kept asking, 'What are you writing?' His answer was 'I am writing!' After a while, we stopped asking. When he completed the typescript he translated it into Italian, in a shortened version, and eventually he gave me the text, saying, 'This is my story.' I read it with interest and participation, finally understanding which kind of trauma he had suffered during those dreadful 4 years. The result of the reading was that I canceled an already booked travel to Turkey, to Hodorçur. It took me more than 20 years to decide to visit the country and work there for 4 months. 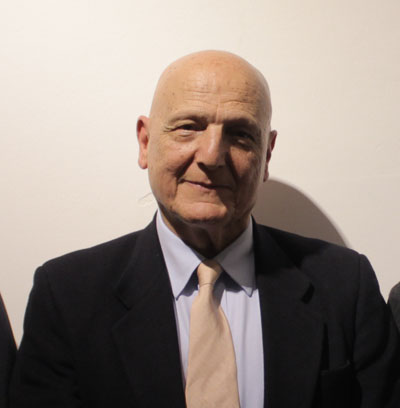 Do you wish also a publication in Armenian?

Yes, a publication in Armenian is also a project that I have, but I need a lot of time and training in the language (now that my Armenian is weak), because I need to go through the typewritten version, which - as I said - is longer, but can contain some jewels, and the translation from the Italian published version. My father decided to publish Hodorçur in Armenian, giving the manuscript to Father Mardiros of the Saint Lazarus convent in Venice, who was the head of the typography. But nothing happened, for reasons unknown to me. Recently he gave me the manuscript, from which we managed to copy the three chapters and confide them to rofessor Sevan of the Mechitarian school in Istanbul, who read them during the event.

The book has been translated in English, and the editor was my brother Vartan. Now we have Hodorçur, but the Armenian version is still missing.

Have you ever think about going to Hodorçur?

Now, I am at the same age with my father when he traveled to Hodorçur. My brother Vartan went there in 2010; I canceled a travel early in the '80s. Now it’s time to go and I am trying to organize it before it gets too late: I am 71!