After 4-day conflict between Azerbaijan and Karabakh forces, many questions emerged about the developments in the region. Can these developments transform into a full-fledged war? What are the positions of Turkey and Russia in these developments? What do western countries and diaspora think? We asked these question to Vahram Ter Matevosyan from Yerevan based American University of Armenia. Ter Matevosyan said, "Aliyev, with the Turkish endorsement, turned the solution down. Now, we are back to the same vicious circle." 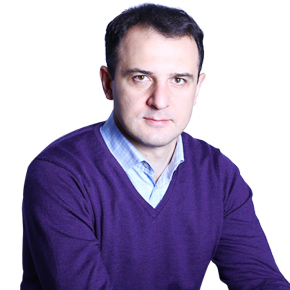 The 4-day war that shook the volatile region of the South Caucasus again had multiple accumulating factors. Of course, there was only one immediate cause to the outbreak of the war: Aliyev’s desire to win over Karabakh with relative ease. However, if put into perspective, no single cause or reasoning can explain it, since the conflict did not start on April 1st and did not finish on April 5th. What we saw in Karabakh was a convergence of multiple factors emanating from domestic and external sources. Many people have built an entire scenario based on the assumption that it was an unexpected operation. Of course, conflicts like this erupt unexpectedly, but I wonder, how else they imagined the start of the military operation. Were they waiting for Aliyev to go live on TV and announce the day and time of his attack? The military offensive of the Azerbaijan’s army was meticulously designed and it even had a code name. However, if judged from the tactical-operational viewpoint, there was nothing original as compared to the previous military operations. Moreover, within a few hours, many things went wrong and  turned the initial plan upside down.

The other point, which requires some thinking, has to do with the fact that the Aliyev regime, with this operation, has defied not only the international community, but also challenged the Azerbaijani society. He did the same mistake in the previous years resulting in more causalities than on the Karabakh side. Aliyev sacrifices the lives of many young people without having a glimpse of hope for military success. He feeds his own people with self-centered promises. This policy has no future for Aliyev. He has to understand that this conflict has no military solution. The families of the fallen soldiers curse him and the lavish lifestyle of his family members and close circle. The families of fallen soldiers voice a legitimate question: how many times will the Azerbaijani army try to solve the Karabakh conflict through the military means and face a harsh set-back?

Do you think a 'low intensity conflict/war' as such is also beneficial for Armenia, as long as it doesn't turn into a disastrous war?

First of all, I am glad that you use the term “low intensity conflict”. For a number of years, I have been pushing commentators and analysts to use this particular term, because it is the term that best captures the intensity of the Karabakh conflict before the recent war. Armenia has not benefit from the war, neither did the people of Azerbaijan. Each time there is an escalation on the border, the public discourse in Armenia turns towards the government and to the people in order to seek an answer to one question: what went wrong this time? Was everyone in its place? Each escalation is also an opportunity to revise certain aspects of the domestic politics. Each time the conflict escalates, it raises the societal vigilance and resurrects certain deep-seated beliefs about the security of the region and Armenia’s allies.

What is Russia's position in this setting?

I have continuously argued that with each new phase of escalation between Russia and Turkey or between Russia and the West, tensions in Karabakh and other conflict-prone regions in the former Soviet Union arise. There are many indications to support this claim. Notwithstanding the criticism, Russia continues to be the only country that is capable of both igniting and stopping any conflict in the region. Turkey, on the contrary, can ignite conflicts, but is not able to stop them. It is a huge difference, which is very difficult to miss. Russia’s, or I should say Putin’s position is and has been not to do much with solving this conflict. Putin, since early 2000s, has said that he will agree with any agreement that Armenia and Azerbaijan are able to reach, which implied that he knew very well that neither Armenia nor Azerbaijan won’t be able to secure that deal if left alone. Medvedev, of course, tried very hard to solve it, however, Aliyev, with the Turkish endorsement, turned it down. Now, we are back to the same vicious circle.

To what extend can Armenia count on/trust Russia? Would Armenia be lonely if Azerbaijan decides to be even more aggressive and go into a full-fledged war?

Armenia can trust only itself. Days are gone when Armenians were waiting for the help of others. Armenia has been an active member of the CSTO and is also a strategic partner with Russia. However, it seems, these are not sufficient requirements for Russia not to sell high-tech weapons to Azerbaijan, the government of which vows to destroy both Armenia and Karabakh every single day. It seems that Armenian-Russian partnership is only for the domestic audience of Armenia, although it still remains to be seen how exactly did Armenia benefit from this strategic partnership. Russia has been the only side who benefited from the partnership with Armenia. It is an unequal or even exploiting strategic partnership. On the other hand, Armenian society highly appreciates the overwhelmingly pro-Armenian mode in the Russian society. The latter, it seems to me, acknowledges that in times of crisis for Russia, Armenia has been loyal to its strategic commitments. Decision makers and experienced officers in Armenia understand very well that, overall, Russia has been and remains a difficult partner to deal with.

There is a strong and organized Armenian community in France and in the US; they are co-chairs of OSCE Minsk Group. Are there or can there be any pressure on those governments for a quick solution to this problem?

It is interesting that you did not mention the Armenian community in Russia as a strong and organized one, whereas that oversight signifies many things. The most numerous Armenian community lives in Russia, it is around 3 million. However, it remains poorly organized and largely dysfunctional and has no formal leverages to influence the Russian government. I am claiming this with a sense of concern, of course. The existing organizations are too insignificant to have any say in the Russian politics. Moreover, some of them have business relations with the Russian political elite. Hence, the infinite human capital of Armenians living in Russia is yet to be discovered and duly acknowledged. There are many intellectually brilliant Armenian men and women, capable organizers and managers, businessmen and professors, doctors and constructors, who live with Armenia in their heart. Once we create the formal bridges to connect these ambitions to Armenia, then we can enhance the role of the Armenians in Russia. Armenians living in France and in the US are very well organized and they are able to influence their respective governments, but, to a certain degree only, and depending on the circumstances on the ground.

Does Armenian Diaspora fully support the Armenian government or is there any criticism?

Yes, the Armenian Diaspora, if we can speak of it as a united phenomenon, is unconditionally supportive of the Armenian government on the Karabakh problem and on the Genocide related issues. However, there is a long way to go for the people in Diaspora to get more involved in Armenia’s social and political life. The role and the potential of the Armenian Diaspora should be institutionalized and only in that case there can be mutually reinforcing strategy aimed at development. Citizens of Armenia started to realize that criticism of the Diaspora Communities is important, however, some people take it painfully, while majority view it as a normal phenomenon. At the same time, there are some marginal people in Diaspora who urge for revolutionary takeover of the Armenian government (as it was the case with the radical group which was discovered in Yerevan in November 2015), without realizing the security implications for Karabakh.

Marine Manusharyan, board member of the prominent opposition group Civil Contract, states that there are criticisms against the Armenian government after the conflict in Karabakh: 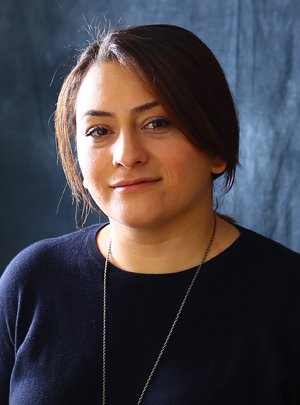 "I would say that it is the other way around. Having such aggression on the border is much more dangerous for the Armenian government, because in such cases, all the mistakes come to surface immediately. There has been a general public discontent, but there is no momentum and the opposition forces are in pretty weak position for now. However, the four-day war started number of discourses in the country, such as the legitimacy of Serg Sargsyan, corruption in the army and in the country in general. In addition to the internal political issues, there were also a lot of criticism towards the Armenian Ministry of Foreign Affairs, the position of which was not heard. Technically, diplomacy is the second front-line in the conflict and the ministry did not perform in the way Armenians expected.  All these issues are at the center of the public discourse, but during the four-day war, all the attention was on the front-line and the soldiers. During the four-day war, there was almost no criticism against the Armenian government. Everybody was mobilized, many mercenaries left for the front line, public was following the developments on the border. However, as soon as the ceasefire is declared, there were many voices criticizing Serg Sargsyan, Republican Party and the cases of corruption.