General Vicar of Patriarch Aram Ateşyan talked about the issue of raising new religious officials at the reception for Surp Dzınunt feast. On this wise, we wanted to explore how a religious official is raised.

What should a young person do for becoming a cleric?

If a young person who is graduated from a high school, or preferably from a university, wants to become a cleric, he should apply to the religious official who is working in the church he is affiliated to. That official could be a der hayr or hayr surp. He explains himself and we consider the situation. If we know him, his family and character and we see a “goçum” (divine call) in him, then we take him to the Patriarchate. We introduce him to our Patriarchate or the person who is managing the church at the moment. If we don't know him, the process would be longer; first, we try to get to know him. We advise him to come to the church frequently. We meet his family and ask for their opinion. Once we know him and are convinced that he has the call, we take him to the Patriarchate and so on. Then the process begins.

Well, how does this process go?

First of all, he should write a letter of application, which we call “timumnakir”. He should provide information like where and when he was born, his family, his education, whether he completed his military service and to which church he goes. The candidate should provide the details like attendance to Sunday masses, wearing şabik and membership to church choir. With this letter, he formally applies to the Cleric Assembly, which assesses this application. The Assembly has a sub-committee that deals with these applications. If the Assembly finds the application favorable, it refers it to the sub-committee, which interviews the applicant. This committee consists of experienced religious officials; they have the capacity to understand whether the applicant has that divine call. The committee assesses the applicant, maybe more than once, and if they see a problem, they inform the Assembly, which makes the final decision. If the committee decides in favor of the applicant, the process of becoming a cleric begins.

What does this process involve? 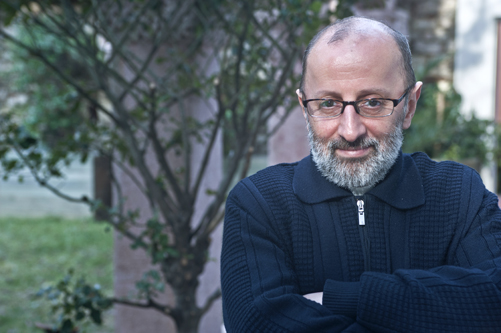 First of all, the candidate should be trained. It is his decision to be celibate or married; he could be apeğa, vartabed or der hayr. Regardless of this decision, he should go to a seminary school. Our last seminary school in Istanbul was Surp Haç Tıbrevank. Currently, we don't have a seminary school in Turkey. In other countries, there are schools of Armenian Church, which we call Cemaran in Mayr Ator Surp Eçmiadzin, Jerusalem and Beirut. If the candidate was trained in the church before, took courses in the Patriarchate, then the training would be shorter. However, even the shortest training takes a couple of years to complete.

What kind of a training is this?

Speaking from experience, I went to Mayr Ator Surp Eçmiadzin and stayed there from 1991 to 1996. I went to the seminary school there. I was graduated from Cemaran of Kevorkyan. I wrote a thesis and defended it. I took exams and learned languages. Various fields like theology, history, literature, psychology, philosophy were included in the education. Besides, you live in a monastery. Every one wakes up at the same time, goes to church and eats together. So, you receive a formation there. This is not just about education; your spiritual character, identity and awareness are shaped. There are church fathers who take care of you; wise people whom you can confide in and who can guide you. After you complete your education, you go back to your homeland.

How can a cleric advance to the grades you mentioned?

If you take the vow of celibacy, poverty and obedience and become a apeğa, then you have several paths. You first become apeğa and after you achieve some experience and maturity, you write a thesis in theology, defend it and become vartabed, a higher priest. You cannot advance without writing a thesis. In Istanbul, these theses are presented to the Clerical Assembly and a sub-committee assesses this work. If it is good, they reward it. However, process of maturation is the key here. The thesis is important of course, but your service, congregants' opinion, your excellence in your duties, activities in the church you are assigned to, your personal development and your relations with your fellow and elder clerics are also assessed. Vartabed, dzayrakuyn vartabed and apeğa are teachers in the church. Bishops are administers, directors and heads. They symbolize the Kristos. Sırpazan, bishop, archbishop, badriark, katoğigos constitute the governing and directing circle. Bishops have very important responsibility in perpetuity of the church and keeping the people together spiritually as a community. This is why bishopric is the most honorable seat.

What do you think about the lack of a seminary school in Turkey?

We need a seminary school here. A church without a seminary school is like a bird missing a wing. It is a really important problem. After all, when someone wants to be a cleric, he goes to Etchmiadzin, Jerusalem or Beirut. This causes some problems of course. It is not easy to leave your environment and be apart from your friends, family and loved ones for years. This situation has financial, emotional and familial aspects. If we had a seminary school here in Istanbul, we wouldn't have such problems. Training abroad burdens the church of course. There is a Diratsu (cleric candidate) Fund which covers the expenses of the candidates. On the other hand, establishing a seminary school in Istanbul is also expensive. Some people say that young people don't demand a school in Turkey, but it is not true. Recently, we had 23-24 years old hayr surps. Especially in the last decade, young people became interested in the church. There are young friends who are trained in Beirut now. In the last decade, some good steps have been taken. In this regard, I would like to thank Aram Sırpazan. He handled the process very well and we had many religious officials during his term. We want to have more. We are hopeful about it.

Is the number of cleric candidates enough for the future of our churches?

No, it is not enough. However, we have people who have the call. We have young hayr surps, der hayrs; we hear that they serve perfectly in the places they are assigned to. So, we hope that more people will feel that call in the future. This is a divine thing; God always grants good workers for his church.

Patriarchate of Armenians of Turkey