Crisis in the patriarchate is not new for the Armenian society of Turkey. During 19th century, many patriarchs had been forced to resign. We talked to Richard Edward Antaramian, faculty member at University of Southern California Contemporary Armenian Studies, about these crises in 19th century.

Patriarchal election is certainly the most important issue of Armenians of Turkey for a long time. After the resignation of Bishop Sahak Maşalyan, something new happens almost each day in terms of the patriarchal election that hasn't been held for 9 years. Crisis in the patriarchate is not new for the Armenian society of Turkey. During 19th century, many patriarchs had been forced to resign. We talked to Richard Edward Antaramian, faculty member at University of Southern California Contemporary Armenian Studies, about these crises in 19th century.

How was the relationship between Armenian Apostolic Church and the Sublime Porte in 19thcentury Ottoman Empire? What were the limits of the patriarchate's authority?

Relations between the Armenian Church and the Sublime Porte took place at a number of levels. Firstly, it is important to recognize the role of the Armenian Church in Ottoman governance. Given the confessional organization of Ottoman politics, the Armenian Church and its clergy enjoyed a share of Ottoman power, which was predicated on their ability to tend to the needs of their flock and ensure their loyalty to the state. The needs of the flock spilled beyond the spiritual, of course, which permitted the clergy not only to acquire capital, but also to carve out an intermediary role for themselves in Ottoman society. The Church was thus an embedded element in imperial politics. It is within this context we must consider how the prerogatives of the Patriarchate of Constantinople were expanded in the nineteenth century, which was overseen by successive generations of Armenians whose professional careers in state service bridged the Patriarchate and the Porte. Prior to the nineteenth century, the Patriarchate had very little real authority beyond the capital. The expansion of the Porte's power through imperial bureaucratization changed that. Unsurprisingly, it is because it was those same Armenians working at both the Porte and the Patriarchate--such as Hagop Grjigian, Serovpe Vichenian, and of course Krikor Odian, among others--that the expanding authority of those two bodies was so thoroughly intertwined.

In 19thcentury, was the patriarchate only a religious institution, or did it have any authority in terms of civil/social matters?

As noted in my previous answer, the Patriarchate and the Armenian Apostolic Church as a whole played a role in governance. This provided clergymen and Church institutions (namely monasteries, which was the means by which one could join the clergy) a privileged social location from which they could integrate themselves into local power structures. The Ottoman system of tax farming amplified this power as it produced a complex set of relationships that connected the clergy to provincial magnates, the imperial government, and Armenian bankers in Istanbul. This is what made the introduction of the Armenian National Constitution (1860 and 1863) so contentious. The Constitution created a system of prelacies that wrested control away from monasteries and projected the power of the Patriarchate into the provinces. Actually implementing this system threatened to unravel the relationships that constituted social and political power in the provinces for both Muslim and non-Muslim actors alike. Historians consider centralization of the state a hallmark of the Tanzimat period. Here, we see that the Patriarchate was an integral part of that policy.

In the past, what kind of means did the Armenians of Turkey have for expressing their political will? 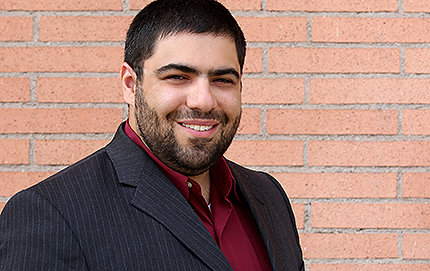 Imperial reform aimed to create platforms that would allow the people to become active participants in Ottoman governance. In the case of the Armenian community, the Armenian National Constitution gave the people the power to indirectly select their own prelates. Prelates, in turn, had the authority to represent the people before both the Patriarch of Constantinople and the local governor or assembly. In theory, this provided a mechanism by which a peasant could, through the ecclesiastic structure of the Armenian Church, direct complaints or policy suggestions to a Prime Minister. And of course, the Armenian Constitution legislated a national assembly to which representatives from every Armenian community were elected and had the opportunity to voice their concerns. This was of course not always what happened in practice, and Armenians were oftentimes compelled to search for other ways to express their concerns--particularly when they wished to complain about the local clergy. As the Ottoman state increasingly ignored the suggestions of the Patriarchate and the National Assembly, provincial Armenians began soliciting European consuls in Anatolia to voice problems to the authorities on their behalf.

What was the role of amiras in social issues? What kind of influence did they have on the patriarchate, Armenian society and Ottoman Empire?

First, it is important to clarify what we mean by amira. While this term refers to a specific category of Istanbul-based social actor, it was through their wide-ranging imperial connections that they were able to enjoy influence before the Patriarchate and the government. As described by Hagop Barsoumian in an earlier dissertation (which has recently been published as a book), two groups constituted the amiras: sarrafs (bankers) and technocrats. Both of these groups, and the sarrafs in particular, successfully placed themselves in empire-wide networks though which they were able to exert a great deal of control over Armenian institutions and, through them, imperial governance. As I alluded to earlier, the sarrafs benefited from the tax farming system by culling large profits from their strategic deployment of loans and by using the practice of tax collection and the capital they had amassed to forge connections at all levels of imperial state and society. Activating these networks could bring enormous pressure to bear on a Patriarch. Control over a Patriarch or more importantly other Church institutions likewise provided them the means to control a great deal of Armenian communal life outside the capital. Together, these techniques enabled them to promote select provincial actors (moneylenders, merchants, and clergymen) to the disadvantage of the peasantry, craftsmen, and the central state. A series of diverse but likely interconnected challenges--Protestantism, reform, and the abolishment of tax farming--challenged the prerogatives amiras claimed for themselves.

What kind of crises did happen in the patriarchate in the past? We know that there had been patriarchs who resigned, who were forced to resign or posed threats of conversion. What can you tell about these incidents?

The Patriarchate has been rocked by numerous controversies throughout its existence. In my own research on the nineteenth century, threats of conversion (to either Catholicism, Protestantism, or Islam) were more likely to be deployed by provincial clergymen than a Patriarch of Constantinople. Patriarchs themselves were also embroiled in succession crises or political intrigue. For example, Abdülhamid did not allow Nerses Varjabedian to resign on numerous occasions; Kevork Kerestejian, who abhorred the idea of a constitution, successfully schemed to have it suspended in 1862; after becoming Catholicos of Etchmiadzin, Kerestejian instigated a number of ecclesiastic problems to undermine the legitimacy of Mkrtich Khrimian's Patriarchate; Ignatios Kakmajian passed away before he could claim the throne; amiras engineered a scandal to compel Matteos Chukhajian's resignation; and Matteos Izmirlian publicly disrespected Abdülhamid.

The larger and more significant crises, however, were not limited to the personality of any individual Patriarch. Rather, they revolved around ecclesiastic controversies. Throughout the nineteenth century, for example, both Cilicia and Aghtamar took turns thumbing their noses at the Patriarchate's authority. Under Catholicos Mkrtich Kefsizian, Cilicia momentarily convinced the Sublime Porte to grant it a berat that effectively produced a second Armenian millet. The suspected involvement of Catholicos of Aghtamar Khachadur Shiroian in the murder of his predecessor, Bedros Bülbül, challenged the efficacy of both the Patriarchate's rule and the imperial government. Jerusalem similarly rejected Constantinople's claim to temporal primacy. These kinds of crises possessed far greater potential to disrupt the Patriarchate by undermining the fundamental structures that endowed the millet with meaning.