Becoming Aram: The Formative Years of a Revolutionary Statesman (1879-1908)

If you had told Aram Manoukian on March 6, 1908, that within a decade he would successfully lead the defense of Van against the Ottoman military, save tens of thousands of Armenians from imminent murder, become the temporary governor of Van after the withdrawal of the Turkish forces, and then emerge as the founder of the First Armenian Republic as Tsarist Russia faltered, he probably would have had a good laugh. After all, that day seemed to usher in the end of Aram’s life as a free man—if not his life altogether—as Turkish policemen and soldiers dragged him out of a 30-foot-deep well where he was hiding with fellow revolutionaries, and escorted the lot of them to the military commander’s residence, where they were interrogated, photographed, and sent to solitary confinement.
ARMENIA
05.11.2017

Agos' Armenian editor and columnist Pakrat Estukyan is granted with Armenian presidential award, which is given on May every year.
ARMENIA

On 102nd anniversary of Armenian Genocide, commemoration events are held in various cities in the world. In Armenia, the commemoration ceremony is held at Genocide Memorial Complex as always.
ARMENIA

“Instead of resisting reality of genocide, Turkey could have educated its people”

Dr. Rouben P. Adalian, a specialist on the Caucasus and the Middle East and Director of the Armenian National Institute (ANI) in Washington DC, is a prominent figure in Armenian Genocide studies. We talked with him about the mission of ANI, its new site about Armenian Genocide in Turkish, as well as Turkey`s counting denial policy.
ARMENIA 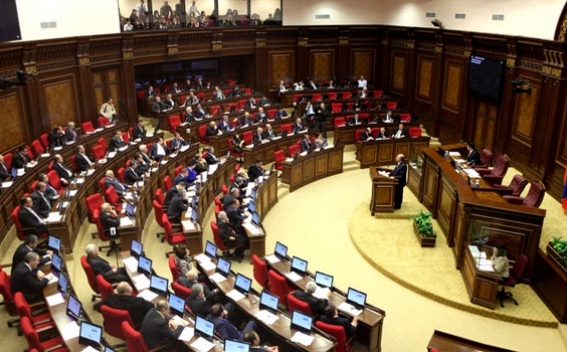 Four minority groups to be represented in Armenian parliament

After the parliamentary election on April 2, the new Armenian parliament is formed. Four deputies from minority groups, Syriac, Kurdish, Yazidi, Russian, are elected to the parliament.
ARMENIA

We talked to David L. Phillips, the Director of the Program on Peace-building and Rights at Columbia University’s Institute for the Study of Human Rights, about the developments around the triangle of Turkey-US-Middle East by way of his recent book “An Uncertain Ally: Turkey under Erdogan's Dictatorship”.
ARMENIA

Artur Sargsyan, who took food to the police station in Yerevan that was raided by the members of “Sasna Tsrer” (Daredevils of Sassoun) on July 17, died. Sarsgyan was kept in prison for months despite his serious medical condition.
ARMENIA

Armenia on the way to parliamentary election on April

Armenia, like Turkey, is waiting for the ballot boxes. The parliamentary election will be held on April 2. This is the first election after the constitutional amendment that would transfer the authority of the president to the parliament and the prime minister was passed and the most important question is whether the current government will maintain its power.
ARMENIA

Azerbaijan issued arrest warrant for members of the European Parliament who visited Karabakh to monitor the referendum for constitutional amendment.
ARMENIA

May bees without borders set an example to people