Amnesty International: civilians are not protected in Mosul

Artur Sargsyan, who took food to the police station in Yerevan that was raided by the members of “Sasna Tsrer” (Daredevils of Sassoun) on July 17, died. Sarsgyan was kept in prison for months despite his serious medical condition.
HUMAN RIGHTS

In Antalya, an Alevi family filed a lawsuit for the exemption of their child from the compulsory religion course. Antalya 4th Administrative Court ruled for stay of execution.
HUMAN RIGHTS

UN report: killings and destruction in the Southeast Turkey should be investigated

According to the report of UN Human Rights Office, about 2000 people had been killed in the operations between July 2015 and 31 December 2016 and about 500,000 had been displaced. Reminding that the government denied access for UN investigators, the office called for an urgent investigation.
HUMAN RIGHTS

“Hate speech by politicians hasn't risen to this level since '30s”

Amnesty International released the annual international report covering 150 countries on human rights. It is stated that “the cynical use of ‘us vs them’ narratives of blame, hate and fear" creates a more divided and dangerous world. For Turkey, 2016 was a year in which violations of human rights have increased with the state of emergency.
HUMAN RIGHTS

The Council of Europe's Commissioner for Human Rights Nils Muiznieks released a memorandum about Turkey after 6 years. Muiznieks stated that the state of emergency must be stopped.
HUMAN RIGHTS 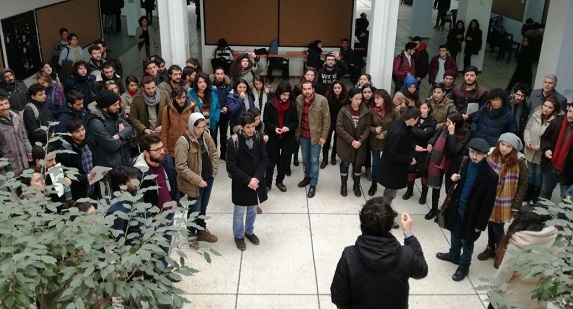 Gravest crackdown after the 1980 coup

“Syrian refugees should be given status before citizenship”

The report titled “Challenges and Opportunities of Refugee Integration in Turkey” is issued.
HUMAN RIGHTS

Human Rights Watch reviews more than 90 country in World Report 2017. HRW, in Turkey chapter of that report, states: “The crackdown that followed the coup attempt was symptomatic of the government’s increasing authoritarianism."