As part of Dink murder investigation, 8 people including gendarmerie personnel are arrested. Prosecutor Kökçü claimed that these suspects had known the information concerning Ogün Samast 2 hours before he was caught.
NEWS

Today, Dink case started with the defence of Ali Fuat Yılmazer, former chief of the Office C of Istanbul Directorate of Security Intelligence Branch. After the lunch break, Yılmazer stated that he won't continue and said, “You are a project court.”
NEWS 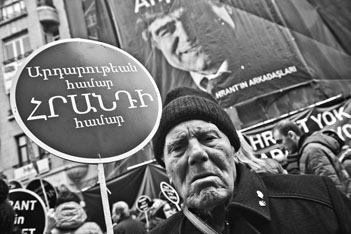 On Friday, the recent round of hearings ended. Arrested suspect Ali Fuat Yılmazer continues to present his defence. He said, “The groups that we called dark organizations in the past are within the state now. That is why we live in an empire of terror now. No one goes outside. In this sense, the murder achieved its goal.” The court decided to hear 51 people including Hanefi Avcı and Muammer Güler as witnesses.
NEWS

It has been 10 years since the founder and editor-in-chief of Agos Hrant Dink was shot to death on January 19, 2007, in front of the office of Agos newspaper. Since then, only a few steps have been taken in revealing the ones who ordered this murder and who planned the murder. Here is a brief timeline covering the key actors and cornerstones of the case that has been going on for 10 years.
NEWS

One of the judges of Dink murder case remarked on the murder during a trial: “Think about a book. You know what will happen in the end, the moment you start to read it.” It is the exact definition of the process leading Hrant Dink to death.
NEWS 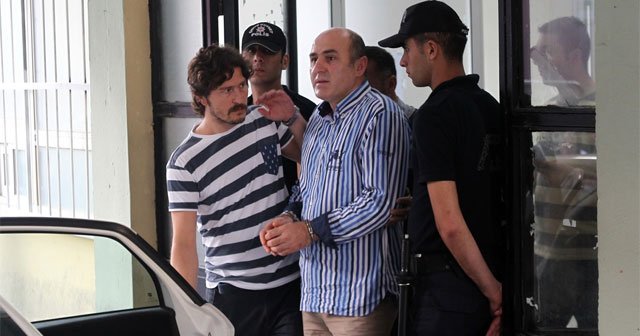 Dink murder suspect Ali Fuat Yılmazer talked about the claim that he was assigned as the chief to the Office C of General Directorate of Security Intelligence Branch, because he is a member of the Gulenist organization. He said that the minister of interior had assigned him and claimed that Abdülkadir Aksu, who was the minister at that time, should be arrested.
NEWS

10th round of hearings of Dink murder case will continue today in Istanbul. Friends of Hrant was in front of the court house.
DINK COURT CASE
12.19.2016

Dink murder case continues with the examination of Ramazan Akyürek, the chief of Security General Directorate Intelligence Branch at the time of murder.