Amnesty International, in a report concerning dismissed public sector workers, stated: "The blanket nature of the dismissals, the fact that the dismissed include trade union, political or human rights activists and known critics of the government from conservative sections of society, and the broader crackdown on dissent that has included the jailing of more than 120 journalists awaiting trial since the 2016 coup attempt, increase concerns that a great many dismissals were arbitrary, unfair and/or politically motivated."
NEWS

Dismissed academic Nuriye Gülmen and teacher Semih Özakça are on the 75th day of their hunger strike, which they started with the demand of being returned to their jobs. Last night, police raided their houses and detained Gülmen and Özakça. Lawyer Selçuk Kozaağaçlı stated that the ground of detention is the following: “the protest might turn into an indefinite hunger strike or trigger events like Gezi Park protests or Tekel strike.”
NEWS

The Council of Europe's Commissioner for Human Rights Nils Muiznieks released a memorandum about Turkey after 6 years. Muiznieks stated that the state of emergency must be stopped. 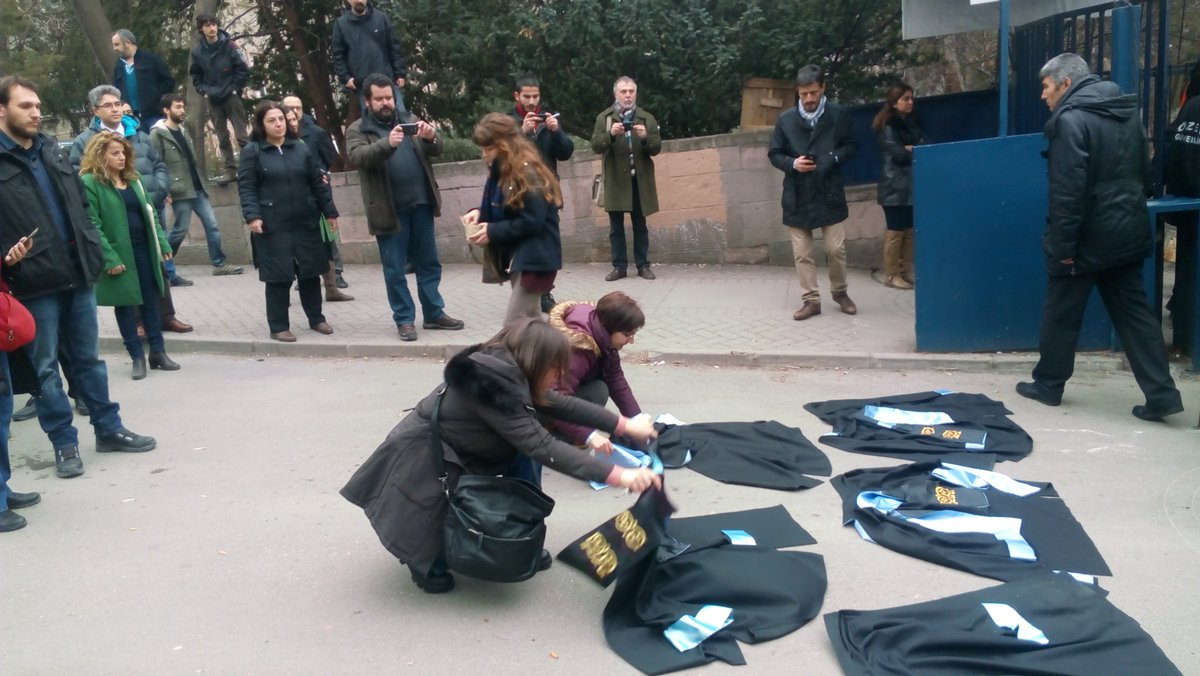 Academics who gathered in Cebeci Campus of Ankara University for protesting the decrees are not allowed in the university. Police forces attacked and the doors of the campus are closed.
NEWS

Last night, a new state of emergency decree was issued and 4,464 public servants have been sacked.
AGENDA

State of emergency extended for 3 months

Starting from January 19, the state of emergency is extended for 3 more months.
TURKEY

Yıldırım: extension of the state of emergency will be discussed in the parliament

Prime Minister Binali Yıldırım spoke at AKP group meeting. He stated that the parliament will discuss 3-month extension to the state of emergency this week. The state of emergency, which was declared after the coup attempt on July 15, had been extended for 3 months.
NEWS

Vice Prime Minister Numan Kurtulmuş stated that the state of emergency will continue as long as it is necessary, new emergency decrees are about to be completed and investigation is launched against 347 social media accounts.
NEWS

With the recent emergency decree that is published in the Official Journal today, Istanbul Fertility Center, which was shut down on July 25, is reopened.