Near Turkey’s border with Syria, a Russian warplane is crashed. The warplane is made crash by Turkey’s fighter jets on the grounds that it violated the airspace of Turkey.
NEWS

Having contributed and conduced to many researches on Kurds and Kurdistan, Martin Bruinessen talked to Agos about the current condition of Kurdish question.
NEWS

"I understood what exile really means in Middle East"

Working on the Christians in Turkey and Middle East, journalist and historian Sebastien de Courtois was in İstanbul to attend “Minorities in Middle East: A Tough Future” conference that was held in French Cultural Center on October 9. We talked to Courtois about the Shingal exile, refugees’ condition in France and the ancient minorities of Middle East.
NEWS

In a recent article, Robert Fisk, the senior Middle East correspondent of the Independent compared Turkey to Pakistan in the 1980s and said that the recent air bombardment was no surprise given that all powers in the region have betrayed the Kurds. We spoke to Fisk both about the details of the matters he touches on in his article, and whether power balances have changed in the Middle East. Fisk comments that Turkey has become a market place and when seen from this perspective there are more important issues at stake besides whether or not Turkey will enter the war in Syria: “I believe that Syria has started penetrating Turkey. Suruç is an example of this. From this view, the Syrian War but not the Syrians have occupied Turkey. It is not the reverse.”
NEWS

Mithat Sancar: Tel Abyad is a continuation of Kobani

The victory YPG and Burkan al-Furat won in the Tell Abyad region of Syria has become a topic of broad debate both because of the refuge influx into Turkey, and the heavy defeat suffered by ISIS. We talked with HDP Mardin MP Mithat Sancar, who follows developments in the region closely, about the importance of saving Tell Abyad from ISIS, and the accusations directed at YPG.
NEWS

How is it none of our business?

Prime Minister Davutoğlu’s words, “It is nobody’s business what the trucks were carrying” constitute a scandalous disclosure of the current character of the State. Yet it is our business. What the trucks were carrying is the business of each and every citizen living in this country. The present and future outcome of this move by the State concerns first and foremost us, the citizens of this country.
NEWS

Cumhuriyet defies Erdoğan in statement: We are all responsible

Cumhuriyet newspaper staff and writers have published a declaration in reaction to President Tayyip Erdoğan’s words, “This newspaper too is now part of the spying scheme. The person who wrote this report will pay dearly for it, he won’t get away with it so easily,” targeting their Editor-in-Chief Can Dündar after their newspaper published a report on a delivery of Syria-bound arms in MİT [National Intelligence Service] trucks.
CULTURE AND ARTS
03.01.2015

The Syrian singer Lena Chamamyan is one of the most popular names in music in the Middle East today. Chamamyan brought her first album out in 2006, and she mostly sings in Arabic and Armenian, blending traditional folk music with jazz. Beside pain and death, her voice and lyrics convey life and hope.
NEWS 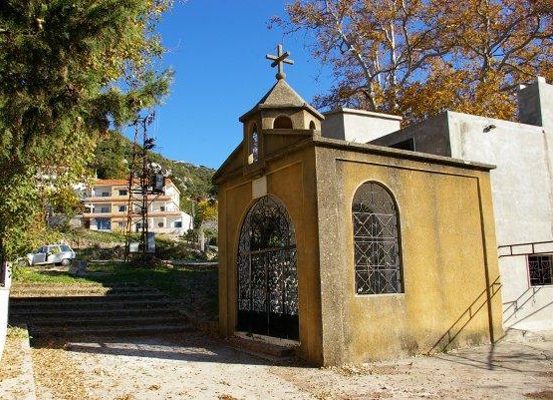 People continue their struggle to survive in Kessab, a town on the border of Syria with Turkey in the Hatay province area. Following the occupation of the town by Al-Nusra forces last year, the Armenians in the town had been dispersed, with most of them coming to Vakıflı Village in Hatay, and had returned after the Syrian army had retaken the town. However, the people of Kessab now face the threat of ISIS.
ARMENIA
12.31.2014