We asked former Turkish Historical Society (TTK) Presidents Ali Birinci and Metin Hülagü their views regarding Bardakçı’s claim. MHP (National Movement Party) Member of Parliament and former Turkish Historical Society (TTK) President Yusuf Halaçoğlu states that he is unaware of the hiding or displacement of dispatch registers as claimed by Murat Bardakçı, and that questions regarding the issue should again be addressed to Bardakçı.

According to Hülagü, who eventfully resigned in June 2014 after serving 2 years as President of the TTK, the “TTK official” Bardakçı mentions could only be a former President. Hülagü added that other than himself, only two other people, Yusuf Halaçoğlu, who served as President from 1993 to 2008, and Ali Birinci, who served as President from 2008 to 2011, could be potentially implied by this claim, and stated that it was not him who had carried out the alleged procedure. Hülagü also said that Bardakçı had to back up his claim by naming this official in order not to implicate unrelated others.

Hülagü said he had doubts about the verity of Bardakçı’s claim, and stated that it was impossible for the TTK President to extract documents from archives of another state institution or place them in the archive of another institution. Hülagü explained that such a procedure was outside the authority and responsibility of the TTK President, and that such a procedure would not be acceptable within the state hierarchy, and that administrators in charge of these other archives would also object to such a procedure. Thus, Hülagü does not believe the dispatch registers have been hidden. As for the possibility mentioned by Bardakçı that the dispatch registers were hidden “as a result of individual interference” Hülagü commented that he did not believe the claim, and even if such an incident had taken place, it would not have been carried out by individual will, but by the implementation of “an order from above”.

Regarding the archives, Hülagü said that the TTK archives he used to be in charge of did not contain as many documents as expected regarding the Armenian Question. Hülagü added that there was a project to digitize existing documents to place them online during his Presidency, but that the project had since stalled. Hülagü underlined the fact that other archives on the issue were open to researchers, and stated that he had never seen the documents mentioned by Bardakçı.

Ali Birinci, on the other hand, said that he had not heard anything regarding Bardakçı’s claim neither during his Presidency nor later, and that he had no information on the subject. Birinci added that Bardakçı had to make a more detailed statement in order to lift the cloud of suspicion off others. 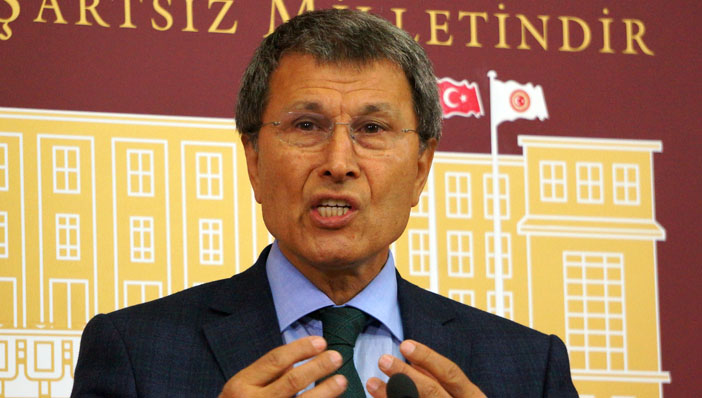 Former Turkish Historical Society (TTK) Presidents Ali Birinci and Metin Hülagü had previously stated that they had nothing to do with the incident when asked about Murat Bardakçı’s claims claim that dispatch registers kept following the decision of forced displacement in 1915 had been hidden by a TTK officer. MHP (National Movement Party) Kayseri Member of Parliament Yusuf Halaçoğlu, who served as the President of the TTK from 1993 to 2008 has also declared that he has no knowledge regarding the dispatch registers.

Speaking to Agos, Halaçoğlu said that he was not aware of the hiding of dispatch registers as claimed by Bardakçı, and that the real person responsible of responding to questions about the incident was Bardakçı. “Having given so much detail, if he does not name the person he implies, it will constitute slander” said Halaçoğlu, stating that no such procedure had been carried out during his 15-year Presidency, and that it was impossible to carry out a procedure in the manner described by Bardakçı: “I say this as someone who has served at the highest level in state archives, a TTK President cannot extract a document from state archives and hide it in another institution. Let alone the TTK President, no official responsible of archives could go through with such a procedure. While I was employed at the archives, a permission was not even issued for the documents in the Archives of the Office of the Mufti to be transferred to the state archive.”

Halaçoğlu explained that he had never seen dispatch registers in the archives, and that there was one dispatch register in a book published by the General Staff on the Armenian Question, and that he had included this document in his own work. Halaçoğlu stated that the number of forcibly deported Armenians could be calculated on the basis of coded telegrams sent from deportation regions to Istanbul, and gave the figure as 550 thousand. He explained the difference between this figure and the figure of 900 thousand given in Talat Paşa’s correspondence by arguing that it was the difference between what had planned by the central authority, and what actually took place in local regions. Halaçoğlu also added that the relevant piece in the correspondence of Talat Pasha published by Bardakçı does not actually belong to Talat Pasha, and matches another piece in the book published by the General Staff.