Becoming more and more active in international politics, Russia started to extend its sphere of influence in Middle East after Eurasia and southern Caucasus. While Russia’s warplanes violate Turkey’s airspace, it turned out Turkey violated Armenia’s airspace on October 6-7. In Armenian media, it is thought that Turkey had done this in order to give a message to Russia. The Director for Eurasia Partnership Foundation, Gevorg Ter-Gabrielyan thinks that the military base in Armenia became more important for Russia.

How close is the relationship between Russia and Armenia? Could you assess the extent of this relationship?

The relationship has several dimensions: in 1828, a part of Armenia, which was in the Persian Empire (Eastern Armenia), was conquered/freed by the Russian Empire. After that, the new stage of Armenia’s identity and self-consciousness started. However difficult were relations between Czarism and Armenians and afterwards between the Soviet power and Armenians, this feeling of being saved by Russia will never disappear. This is the historical component.

The current relationship is characterized by official strategic and military alliance, the first version of which was signed in 1993, and since then, it is renewed several times. In addition, several industries in Armenia, including strategic ones, belong to the Russian businesses.

Also, there is the cultural component: the Russian language for the last two centuries has been the main means for Eastern Armenians to access European values and the global thinking. All Armenians who reside in Armenia know Russian to some extent. Many of them know Russian as the language of culture, i.e. they have more difficulties in expressing some ideas in Armenian than in Russian.

Because of the economic hardship, many Armenians go for Russia to work. They can access Russia easier than Europe or the US, because they know the language and no visa required. Many of them became very successful in Russia. Many of them developed a symbiotic relationship between their home in Armenia and home in Russia.

On top of all that, Armenia also participates in international structures that Russia is a member or a leader of: Commonwealth of Independent States (CIS); Organization of Collective Security Agreement (OCSA); and Eurasian Economic Union (EEU).

This relationship is not flawless and equal: Russia often imposes its will on Armenia. It does not think about making its little ally happy at all. Many Armenians are unhappy about many things that Russia does. But there is no doubt that Armenia will stay as Russia’s ally (some say satellite) for many years to come. 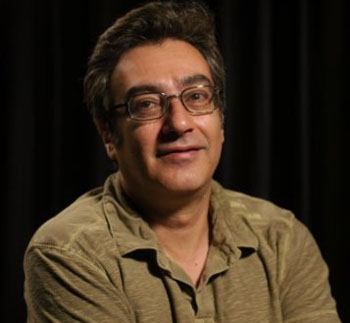 Despite the fact that Armenia is a small country, Russia considers its relation with Armenia very important and keeps the hold of it. Why?

The external border of Armenia (with Turkey) during the Soviet times was the border between the Socialist Camp (Warsaw Pact) and NATO. It was a part of Iron Curtain. It is still closed, and still signifies the division between NATO’s (Turkey and the US) sphere of influence and what Russia wants to declare as its own sphere of influence.

Georgia was partly partitioned, Russia took over Abkhazia and South Ossetia, but Georgia per se tries to align more with the West/NATO in its values and approaches. Azerbaijan tries to maintain more neutral position. Armenia is the only state which is a devoted ally of Russia; plus, it is the only place where Russia can have a military base, closest to Turkey/Middle East. While, for many years, Russia did not pursue aggressive foreign policy, it still maintained its stronghold in Armenia as a strategic foothold. Today, when Mr. Putin tries to develop much more active foreign policy, it is even more important for him.

In addition, Armenians are one of the most devoted ones to Russia nations: they love Russians and feel close to them independently of international relations. Many of them play significant role in Russia. The Armenian Diaspora in Russia is probably the largest in the world. It is bigger than the population of Armenia.

There are big players on the borders of Armenia, such as Iran and Turkey. And there are certain developments concerning these countries, US-Iran rapprochement, Turkey’s being in a political crisis and getting away from the West and being autocratic at the same time. Are such political developments important to Russian-Armenian relations?

Strategically, Armenia-Russia relations will not change. However, if Armenia’s foreign policy-makers are smart, they can use this situation; for instance, helping Russia to develop relations with Iran in the areas which are secure and at the same time beneficial, areas that Armenia can be a better first point for business than Russia, because Russia is farther away. Russia and Armenia are members of the same economic system (EEU), so theoretically, one could imagine beneficial combinations of engaging Iran.

As for Turkey, the only significant development could be opening the border to Armenia, but that is something that Turkey resists.

Do you think that Armenia could stand on its own in the region without Russia?

This is a too theoretical question. Russia exists. In some situations in the past (Karabakh war) Armenia was totally left on its own, and somehow it survived. Armenia’s existence is not defined by Russia. Armenia could have less strategic or less significant relations with Russia, but as a regional superpower which is historically the friendliest one towards Armenia, Russia would be a very important player to cooperate with in any case.

On the contrary, Armenia would be happy to have a more democratic Russia, which would allow the two countries to design more strategic and forward-looking projects, targeting creativity, innovation, etc. The fact that Russia is not very democratic is its weakness today, which leaves many ideas unimplemented and results in historic mistakes (such as the conflict with Ukraine), and it does not allow for positive developments to take root in the entire Eurasia region and in the South Caucasus, and creates more hurdles for everybody.

Could you please put your take on the decision to join Eurasian Economic Union instead of European customs union? Was this one of the positive developments that Russia hasn’t allowed?

There is a confusion here, which happened due to the weakness and lack of talent of the Armenian government: there was no need to present what happened as a U-turn from Europe to Russia. If Armenian government was stronger and could rely more on the population, it could explain better and start explaining earlier on what was going to happen, and explain clearer to EU that the choice for Armenia cannot be “either/or”.

Unfortunately, Armenia is not Ukraine in terms of significance, so when the situation arose with Armenia, EU uttered a strict “No” to the idea of “both/and”. But afterwards, when the conflict with Ukraine evolved, EU was already ready to say that the two systems do not have to be mutually exclusive.

So, now we have the situation where Armenia is a member of EEU, but is developing relations with EU without falling into the trap of having to make a choice.

It is the will of politicians which makes this or that economic system to be perceived as geopolitics. If economy was regarded in a more instrumental way, that wouldn’t happen.

However, this situation also demonstrated the lack of capacity of the Armenian government to receive proper arguing opportunities vis-à-vis Mr. Putin. He commanded Armenia to join EEU in an abrupt way which was telling that he did not regard Armenia or its government enough sovereign to bargain.

How defining is Turkey and Azerbaijan in terms of the relation between Russia and Armenia?

Historically, Armenians, being the edge of the uninterrupted inhabitation of the Christian community in the Caucasus/Middle East, relied on Russia for helping them. So, history cannot be disregarded in this respect, especially today, when religious identities become very strong again. In addition to the Genocide of Western Armenians, which was a sign that Armenians can barely have normal relations with the Ottoman Empire and its heir, Armenians have been very scared of the ideas of Pan-Turkism or Pan-Turanism. If you look at the map, you will see that Armenia is the only small piece of land which separates Turkey from Azerbaijan, and if it were not there, it would be theoretically easy for Turkey and Azerbaijan to also unite with other Turkic nations on the other side of the Caspian.

Today, these ideas are not very active, but this determines, to an extent, the security situation in the region. As long as Armenia is in conflict with Azerbaijan; as long as borders with Turkey are closed; Armenia and many Russian geopolitical thinkers would come to a conclusion that the idea of a pan-Turkic space is still something that Turkic nations could try to implement at some point.

In order to de-escalate this juxtaposition of the two axes—Russia-Armenia and Turkey-Azerbaijan—, acts of good will are needed. But Azerbaijan is not planning any acts of good will vis-à-vis Armenia. Turkey could open the borders and that would de-escalate the situation very significantly, and essentially move the entire security situation in South Caucasus to a totally new beginning, helping also to move to resolution the Karabakh conflict. But Turkey is not ready to do that. So, the Russia-Armenia axis is still very important.

Russia will develop relations with Azerbaijan as close as possible, and as well as with Turkey, but sometimes there will be deep disagreements, as there is today between Turkey and Russia. Russia will not directly help Armenia in its conflict with Azerbaijan, but the fact that Armenia needs Russia in the region as a stronghold, of course, determines the level of deterioration that Azerbaijan can try to invoke: if it goes too far, geopolitical interests of Russia will be affected, and the consequences will be much bigger than a proxy war.

Today, when the world’s attention is on Syria and Islamic State, it should be less likely that there will be big upheavals in this region. But given that we deal with three leaders who are famous for arbitrary and abrupt decision-making, i.e. Mr. Putin, Mr. Erdogan and Mr. Aliev, nothing can be excluded.

What is Armenian Diaspora's approach to this relationship?

The Armenian Diaspora in the US traditionally supports the Armenia-Russia alliance. However, the Diaspora is changing: new generations of the old Diaspora, as well as newcomers who left Armenia in the last 40 years, understand the deficiencies in the internal governing of both Armenia and Russia better. While they continue supporting the strategic alliance, they try helping Armenia to develop by using Western technologies and approaches; but they are also aware of the corruption in Armenia, which is very similar to the corruption in Russia and is essentially the same system. Therefore, they are more critical of the governing systems in both countries, and they are looking for ways of making identifiable impact, if they can. Some of them, despite all difficulties, establish their homes in Armenia; others purchase property; yet, others start living ‘between two homes’.

These are new developments, but very important: this process allows Armenia, being in the orbit of Russia at the same time, to continue westernizing and being exposed to significant influences from the West. This, along with the policies of EU and US, allows Armenia to continue its complementary approach and be open for both the West and Russia. Since Russians and Armenians from Russia are also exposed to Armenia, Armenia becomes a meeting point for Western and Russian influences, and thus, contributes to the dialogue between the West and Russia in a very down-to-earth way.