Today, in Agos' archive, there is the story of 2 Armenian deputies who were killed in 1915. They are two of the seven deputies that HDP MP Garo Paylan brought to the parliament's agenda by his demand for investigation. Rober Koptaş, in his article written in 2013, told about the process that led to the killing of Istanbul Deputy Krikor Zohrab and Erzurum Deputy Vartkes Serengülyan.

In 1915, encouraged by Aleppo Governor Celal Bey's humane attitude toward Armenian immigrants, Aleppo Armenians were helping the Armenians who came to their city after the exhausting deportation walk, serving them food they cooked in Sebil garden and Karlık hills and trying to tend their wounds.

Rumor has it that Celal Bey sent a telegram to Istanbul which reads, “I am the governor of this city, not the malefactor!” and then he was reassigned to Konya. Muslim people in the region were also trying to help the immigrants. In fact, the landholders wanted thousands of Armenians who came to their city to settle in their lands and help the development of this city; they were contacting to the authorities about this demand. In these days, when people hadn't understood that the purpose of the deportation was the annihilation of Armenians altogether yet, such demands were constantly refused by the authorities. 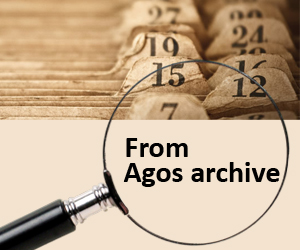 Armenians who had been living in Çukurova region were the ones who arrived at the city first. Back then, most people were thinking that the exile is a requirement caused by the conditions of war. However, as the people from Anatolian hinterland came to the city, people began to understand what is really happening; those people were wretched and all men among them were killed.

Krikor Zohrab was Istanbul deputy of Ottoman Chamber of Deputies and Vartkes Serengülyan was Erzurum deputy. They were arrested in Istanbul on May 1915. They were told that they will be sent to Diyarbakir for standing trial in the martial court there. When they arrived at Aleppo on June, they were under custody, but Fikri Bey, who was a well-intentioned police chief, let them to stay in Hotel Baron, which was the most beautiful hotel in the city and run by Mazlumyan family. However, they didn't want to be a burden to Aleppo Armenians and especially to Mazlumyan family who were engaged in various aiding activities. So, they went to Hotel Bab el Farac. After a few days, Governor Celal Bey took Zohrab, who fell ill, to Dr. Altunyan's clinic and made him comfortable.

This adventure was indeed difficult for Zohrab; throughout his life, he lived in Istanbul in an elite circle, he was interested in literature, law and politics. His heart condition was getting more troubling. Vartkes, who was a member of revolutionary Dashnaktsutyun before he was elected to the Chamber, had lived in mountains in various places in Anatolia and engaged in armed struggle, was cheerful and energetic. He said to Dr. Kılcıyan: "My last 7 years is extra. I don't mind. I should have died 7 years ago, but I didn't die. I had 7 extra years and that's something."

They refused to run away

Zohrab and Vartkes were aware what will happen to them, but nevertheless, they wanted to believe the Unionist leaders whom they knew from Istanbul. They were doing whatever they can for staying in Aleppo a little longer; Aleppo was a safe haven for them. However, Minister of Interior Talat Pasha (it is said that he often played backgammon with Zohrab in Tokatlıyan) was following even their breaths and pressing the officials in Aleppo to take them to Diyarbakir through Urfa.

According to Aram Andonyan's account, Bekir Sami Bey, who became the governor after Celal Bey, told them indirectly that they have to run away. Former Damascus Deputy Şükrü el Asali also heard that there are plans for killing Zohrab and Vartkes and through reliable acquaintances, he sent them a message saying that they should whatever they can for not going to Urfa.

Dr. Kılcıyan didn't believe those plans and Şükrü el Asali said: “While the issue of languages was discussed in the Chamber, Zohrab sided with the Unionists and damaged Arabs' cause, but we hold him in high esteem. I believe there is no another Zohrab in the world. I am sure that they will kill him.”

After this conversation, Dr. Kılcıyan worked out an escape plan with the help of his Arabic colleague Tevfik Bey and Hamid El Cabri. According to this plan, after Zohrab and Vartkes hit the road, an armed Arabic group will attack the security forces accompanying them by acting as if it is a robbery; they will take Zohrab and Vartkes and hide them in Arabic villages near Cezire. These villagers were famous for one thing: they never turn over anybody who take shelter in them and they even venture fighting for protecting them.

However, Zohrab relied on Unionist leader Halil Bey (Menteşe); during the days of Saviour Officers (Halâskâr Zâbitân‎), Zohran kept him in his home and saved his life. He thought that Halil Bey would help them and they would go home without standing trial in Diyarbakir, since he owed him a life...

When Zohrab and Vartkes learned the escape plan, they refused it; they thought that they will proven innocent in the court and escaping would make them look guilty. So, after a few days, they hit the road.

They went to Urfa first. On their way to Diyarbakir, they were stopped by Circassian Ahmet, who was a chief partisan working for the Special Organization (Teşkilat-ı Mahsusa). In the later years, Circassian Ahmet told journalist Ahmet Refik Altınay that he killed Vartkes by a mauser rifle and Zohrab by smashing his head with a stone.

Listening to his murders from Circassian Ahmet himself, Ahmet Refik later wrote: "He was an important figure in Armenian tragedy."