The number of people migrating to Istanbul from Greece increases day by day. It is estimated that around 800 Greek immigrants live in Istanbul. There is a platform called “Hava Baba”, which is founded by those immigrants. We spoke to Marina Drymalitou, the chair of Association for the Support of Greek Community Foundations in Turkey (RUMVADER) about the problems with Greek immigrants and their expectations.

For years, Turkey had been an emigrating country, whose citizens had been especially migrating to Europe. This fact changed in 2000s and Turkey became a country who receives immigrants as well. Things were a little bit different in neighboring Greece. Greece took a knock from the economic crisis in 2008 and all economic balances were changed. In the country where there had been no economic growth for years, the unemployment rate reached to 26.3% in 2014. Especially for young people, there were almost no job opportunities and a massive migration started in Greece. Some people had chosen Istanbul. We talked to Marina Drymalitou about this development. She also migrated from Greece in 2007 and presently works as a project coordinator in RUMVADER.

Relations with Greek community in Turkey

Though there is no official record of people who migrated to Istanbul from Greece, Drymalitou states that there are almost 800 Greek immigrants in Istanbul. This number might seem low, but there is no doubt that it is really important for Rum people (Greek community in Turkey), with a population as low as 2500 now. It is uncertain whether this flow of migration will continue or not. However, given the fact that Turkey offers great opportunities for qualified workers, we might say that Turkey will continue to receive immigrants from Greece or other countries. Stating that there have always been ways for integrating Greeks more, Drymalitou says: “Rum people has always welcomed Greek migrants and respected their choice of coming and starting a life here. Greeks are expecting more support from Rum people. As RUMVADER, we organize events for welcoming the newcomers.”

Founded by a group of Greek migrants in 2008, “Hava Baba” has a purpose of forming a common platform. It is real name is “Aera Patera”, meaning something like “long live” in Greek, has been helping Greek migrants in Istanbul in their process of integration. This platform has over 150 members, though some of them went back to Greece or moved to other places. “Hava Baba”, which is the only platform that brings the Greeks in Turkey together, is not a legal entity yet; it is just like a social circle. Getting together in different places in Istanbul every Tuesday, this group also organizes joint events with Rum society. According to Drymalitou, Greek migrants cannot have official position in the institutions of Rum society, since they are not citizens of Turkey. However, they can contribute to the society.

Maria Zaharaki: “Turks are warmer compared to other foreigners” 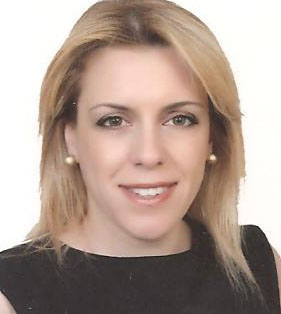 Maria Zaharaki, the current chair of Hava Baba, has been living in Istanbul for 9 years. She was working for Alpha TV, which needed a correspondent in Istanbul. Since she can speak a little Turkish, she moved to Istanbul from Athens. Now, she is working as the Istanbul correspondent of Ant-1, which is another Greek TV channel.

“At first, I wanted to go back, because conditions were tough. Everything felt different for me. You know, everybody says that our music, food and culture are very similar. However, I don't think that there is a great similarity. I admit that we have some things in common, but I understood that Greece and Turkey are two different countries. At first, everything seemed very expensive to me, contrary to my expectations. I couldn't have afforded living here. I didn't go back, because coming to Istanbul was my dream. I had to fight for this dream. Starting is the hardest part, as people say. Later, it became easier. In spite of everything, I love Istanbul and don't consider turning back for now.

At first, I had only Greek friends and then I started to make Rum and Turkish friends. Turkish people are very warm. In the schools, they teach us that Turks are the enemy and Turks are taught Greeks are the enemy. This causes prejudices. However, when we meet in person, we see that we are not enemies. In fact, we are closer to each other compared to other peoples. I don't know what culture exactly means, but I feel more close to Turks than to Brits.” 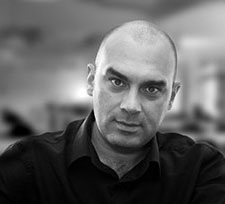 Sotiri Tsoulos had to quit his job and move to Istanbul in 2012 because of the economic crisis. He is working as a foreign partner of a Turkey branch of an international company. Becoming integrated in Istanbul thanks to his colleagues, Tsoulos then discovered “Hava Baba”. Though he doesn’t attend the meetings regularly, he is in touch with the members of “Hava Baba”.

When I decided to live here, I had no particular expectation. Living in Istanbul is hard. Having a breakfast near the Bosporus is very nice, but apart from such nice activities, Istanbul is exhausting. Traffic makes life harder in every sense. Despite all of these, I love Istanbul and want to stay here.

Konstantinos Travlos: “I don’t like the distinction between Rum and Greek people”

After completing his undergraduate studies in Athens, Travlos went to the US for PhD and got his degree from Illinois University in 2013. Starting his academic career in the US, Travlos migrated to Istanbul. Now, he is working as an assistant professor in political science department of Özyeğin University. 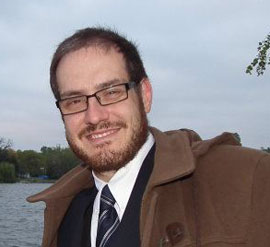 Why did you come to Istanbul instead of returning to Greece after you got your PhD?

I am both citizen of Greece and the US, but I grew up in Greece. My degree provided me with many opportunities and I had two preferences in mind: finding a job in the US or somewhere near my home. Back then, I had been missing Greece a lot. Turkey, I mean Özyeğin University, met many of my criteria, because it was a good offer and close enough to Greece.

Do you have any relative from Turkey?

My maternal side is from Pontus region. In 1878, during The Russo-Turkish War, they moved to Georgia. I mean, I have some relations with Turkey, but they are so old that it can be considered invalid now. My migration to Turkey wasn’t like “returning home”. However, it is different with many of my friends who came back here; their families had been subjected to ethnical cleansing. For them, coming to Turkey is a sensitive issue.

Like any Greek, I knew about the Rum community here. In Greece, there are many people who came from Turkey. Majority of Rum community of Istanbul lives in Greece now. This was one of the reasons why I had chosen to live in Istanbul.

Have you ever been subjected to negative reactions because you are Greek?

I haven’t felt anything like that. Turkish people I’ve met are warm. Reactions were positive even in a place like Çekmeköy, which is not a cosmopolitan district. Of course there are some bad stories told by Rum community. As a community, they try to keep a low profile. And this is a natural response for a minority group which had suffered for a long time.

What kind of difference is there between Rum community and Greek migrants?

I don’t like the distinction between Rum and Greek people. I think this is entirely a political issue. You should understand that this distinction is a Kemalist invention. It emerged with Kemalism and had the purpose of isolating Greeks in Turkey from Greece. Technically, my family was Rum until 1878. All Greeks were Rum in Ottoman times. Then, with the independence declared in 1825, the ones in Greece became Greeks. The ones in Turkey internalized this distinction. This is natural, because there is nothing else to do if the state says that you are either Rum or leaving Turkey.

Let me return to your question. Rum community is very old, whereas Greek community is rather new. This might be the reason why Greeks are not completely integrated. For instance, founders of “Hava Baba” are Greek. On the other hand, Rum community acts through its institutions, church foundations and schools are the most important ones. And there is the language issue. Not every member of Rum community speaks Greek. I am not talking about the difference between Rum and Greek language. Rum language is not very different from modern Greek, there is just a difference of dialect. However, it is different with Pontic Greek, it is much harder to understand. My grandmother speaks it and nobody understands her in the family.

In your opinion, how can Rum community in Istanbul be improved?

The sad truth is Rum community is disappearing. I can say this as political scientist. Statistically speaking, there won’t be any Rum people here within 100 years. The patriarch might maintain his seat here, but having only 200 people speaking Rum language would mean disappearance. I hope that there will be enough migrants from Greece and Rum community will be revived again.

Anna Despas migrated to Istanbul from Kastoria in August. Working as an English teacher in a private preschool, Despas lives in Bomonti.

“We come from Kastoria, a small city near Thessaloniki. After the crisis, the economic condition in Kastoria became really bad. I found a job in Istanbul and we came here as a family. Life is a bit hard here, but for Greeks, fitting in is not that hard. Though there was no one supporting us, we fitted into this city. Our children are going to Zoğrafyan High School. They are also learning Turkish.

I am working in a preschool. I can say that it is a nice experience.

When I came to Istanbul, I immediately felt belong. I had been living in Levent before. Everyone was nice but distant. Now, we live in Bomonti, side by side with Armenians. I feel very close to Armenians. I think that our cultures are very similar.

In my daily life, I spend a lot of time with Turks. They are warm, but they are not close enough to invite us to their homes. Sometimes I feel that they want to live as a closed group. On this point, “Hava Baba” makes us really happy. Just hearing Greek is like a breath of fresh air.

Recently, my father told me that his grandfather lived and died here. I want to go to the patriarchate and find their death certificates. I feel like this is home. When I visit the historical sites, I feel myself as a part of Byzantine culture.