This year, 8th Hrant Dink Award is granted to Diyarbakir Bar Association, one of the prominent institutions struggling for human rights in Turkey, and Malawian activist Theresa Kachindamoto, who tries to prevent child marriage in her country, defending children's right to education.

Given by Hrant Dink Foundation on Dink's birthday every year, International Hrant Dink Award was granted last night for the 8th time. Because of the holiday, the ceremony was held on September 22 this year.

“We are going through much darker times” 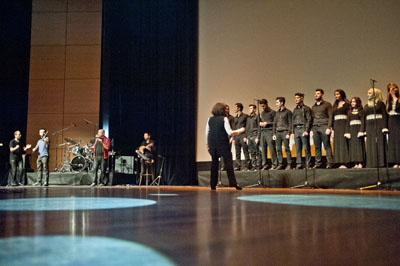 Ahmet Insel, Head of the Selection Committee, made the opening speech: “It's been almost 10 years since Hrant Dink was murdered. Nowadays, we are going through much darker times compared to 2007. The abominable coup attempt was foiled, but the state of law is completely suspended. Tens of thousands innocent people are detained without any legal procedure. Hundreds of journalists, academics, lawyers, teachers, artist and human rights defenders, meaning the usual suspects of the authoritarian regime are arrested, suspended and denied right to travel. We witnessed the arrest of Şebnem Korur Fincancı and Ahmet Altan, whose struggles were granted with Hrant Dink Award. Granted with Hrant Dink Award in 2013, Saturday Mothers (Cumartesi Anneleri) have been staging the longest civil obedience action in Turkish history; its their 600th week of protest. In times like these, the significance of the award increases. We greet the ones who struggle for creating a just and free world without violence.” 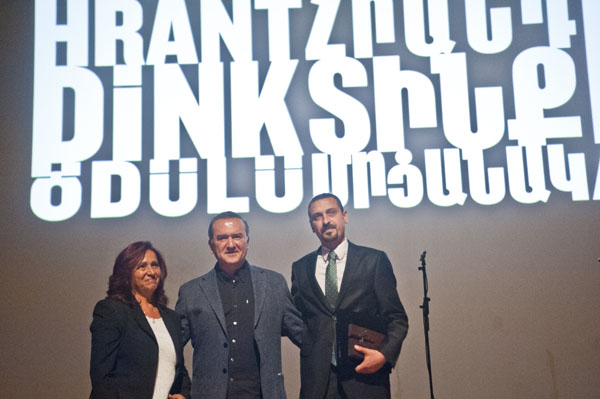 “Demanding peace is the only way”

Diyarbakir Bar Association, one of the prominent institutions struggling for human rights in Turkey, is granted with Hrant Dink Award this year.

Diyarbakir Bar Association Chair Tahir Elçi was murdered on November 28, 2015 in Diyarbakir, while he was making a press statement. Deputy Chair Ahmet Özmen received the award on behalf of the association. Tahir Elçi's wife Türkan Elçi and former chair of the association CHP MP Sezgin Tanrıkulu were also present at the ceremony.

Deputy Chair Ahmet Özmen made a speech: “Since its establishment, Diyarbakir Bar Association is working for constituting peace in accordance with universal principles of human rights. Defending the oppressed ones is a historical necessity for us. Diyarbakir Bar Association will always defend the oppressed ones, thanks to the strength coming from the past and honorable legacy of Tahir Elçi. I gratefully commemorate our dear chair Tahir Elçi, who devoted his life to the struggle for peace and freedom and sacrificed his life for this struggle.

“Tahir Elçi and Hrant Dink are two heroes, two human rights defenders who made history. People will remember them as intellectuals who made efforts for establishing a democratic order for the peoples of Turkey. Their only measure was rightfulness and justice. The ones who ordered their murder thought that their strong legacy will vanish and we won't be able to follow their lead, but they are wrong.

“For one and half year, during the clashes in Şırnak, Sur, Silvan, Cizre, İdil, Yüksekova and Nusyabin, all the fundamental rights and freedoms, especially the right to life, has been gravely violated. After the attempted coup, the state of emergency was declared, European Convention on Human Rights is suspended, the legislative power is by-passed and the country is started to be ruled by decrees. Law and security is gravely damaged.

“Today, our most important duty and historical responsibility is to preserve and improve the legacies of Tahir Elçi and Hrant Dink. Demanding peace and speaking up for building peace is the only way.”

In the ceremony, a video is shown titled “Inspirations”. People and institutions from Turkey and all around the world, who gave people hope about the future with their actions, were featured in the video. There were also people who objected to the coup and defended democracy on July 15.

There is a long way ahead of us

The other Hrant Dink Award laureate is Theresa Kachindamoto, the paramount chief, or Inkosi, of the Dedza District in the central region of Malawi, one of the poorest counties of Africa. For years, she has been working for preventing child marriages and defending their right to education. Becoming the chief of a tribe with 900,000 people, Kachindamoto started to struggle against child marriages, when she saw that half of the girls in the tribe are forced to marry at the ages of 12 or 13. She banned "marriage camps", where children are abused under the name of sexual education. She managed to convince 50 tribe chiefs to abandon the traditions encouraging child marriage and to annul 850 marriages. 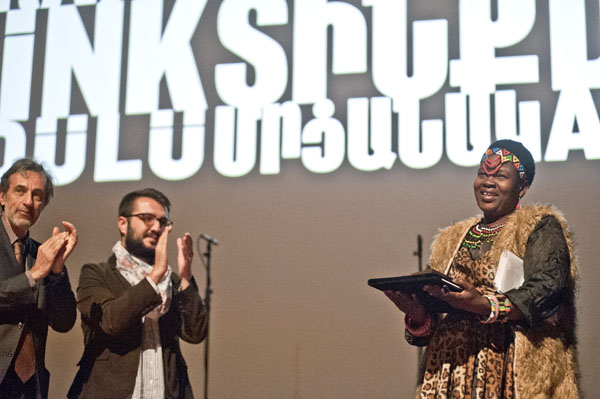 Receiving the award from Yıldız Tar on behalf of last year's laureate KAOS GL and Michèle Marian, Kachindamoto told the story of her struggle: “It wasn't easy to fight against this problem. For majority of people, this practice was one of the most fundamental traditions of Malawi and encouraged by the society. We had to inform all people about the dangers and consequences of child marriage and abolish the accepted opinion which deems this practice as normal. There is no doubt that I need to push against more of the old ways of thinking to achieve my ultimate goal of removing child marriage from Malawi, and giving all girls and boys the opportunity to complete their education. I am proud of what we have achieved so far, but I am aware that there is still a long way ahead of us. I am grateful to every one who walked this way with me. I hope more people will join us and fight for the rights of Malawian girls. God bless you all."

Ayşe Çelik, a teacher in Diyarbakır, drew attention to violations of right in Eastern Turkey by going live on a popular TV Show.

Fatima Talep, member of Bologna parliament in Spain, performed the wedding of a gay couple.

Initiative of Women in Gambia launched a campaign to ban female genital mutilation and they succeeded.

"I am Walking toward Peace" Initiative (Barışa Yürüyorum) raise the voice of peace against the trend of attacks in Turkey.

Resistance of mining workers in Amasya succeeded after more than a month–long effort.

In Iraq, a couple, Khalid Hasan and Ameena Saeed, are working to rescue Yazidi women who are kidnapped by ISIS.

Saadet Özkan, a teacher, unveiled that 6 female students were sexually abused by the school’s principal.

S. Kalender, R. Gedik , T. Fidan raise their own vegetable and donate their products to the municipal soup kitchen in Mezitli.

People opposing thewire fences in Croatia-Slovenia Border gathered on both sides and held a volleyball match.

68 Journalists came together to support unbiased reporting on the Eastern Turkey.

In Israel, 10 Jewish and 10 Arab women formed Rana Choir to show coexistence is possible via songs.

Turkish philanthropist moved to Cambodia and opened a soup kitchen to provide regular meals for people.

Academics for Peace released a declaration calling for an end to the violence in Eastern Turkey.

Wang Yan from China spent his entire fortune to transform the slaughterhouse into a dog shelter and rescue center.

In the face of Turkey’s coup attempt on July15, Serife Boz and Sema Tutar pulled out their dump truck in front of tanks.

People who objected to Turkey’s Coup Attempt on July 15 regardless of their differences and support democracy.