On the occasion of his 147th birthday, we trace the life of composer, musicologist, choirmaster and priest Komitas in painting, sculpture, cinema and contemporary art. Here is a selection of the artworks inspired by Komitas’ works and life as a celebration of his birthday… 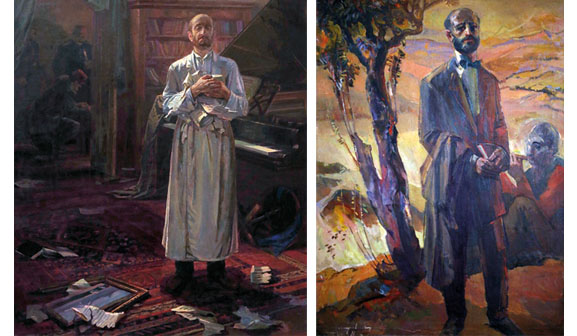 (on the left) Simon Galstyan, in this painting, depicts Komitas at the center of a plunged room. Given the Ottoman officers seen on the background, it can be said that there is a raid. This piece is not only a portrait of Komitas; it reminds the catastrophe of a people through the image of him. Titled as “Nation Will Sing” (1960), the painting is preserved in National Gallery of Armenia in Yerevan.  (on the right) In this painting by Eduard İsabekyan, Komitas, seeming healthy and vigorous, stands. It seems as if the reed of the villager on the background determines the colors of this composition; you can almost hear the tune. Along with other works, this painting can be seen in Eduard Isabekyan Gallery opened in Yerevan in 2013. 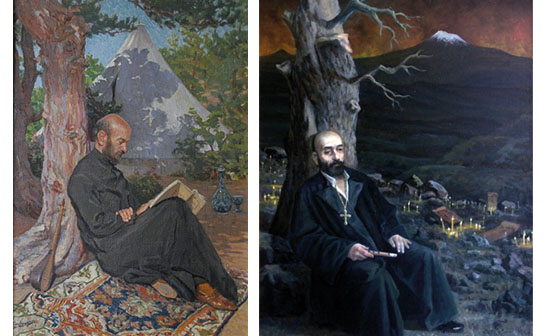 (on the left) This is a painting by Panos Terlemezyan, who was born in Aygestan near Van in 1865 and died in Yerevan in 1941. He was one of the leaders of Defense of Van and made great contributions to the development of fine arts in Armenia. There is a fine arts academy in Yerevan named after him. This painting is one of the most famous paintings depicting Komitas. Being closely acquainted with Komitas, the artist depicts him realistically. His striking depiction of nature, which is an important part of his works, draws the attention in this painting as well. (on the right) This painting by Edvard Sasun is titled as “Komitas (Armenia in 1915)” is created in 2009. Komitas is depicted with a cross around his neck and a “şıv” (a kind of reed) in his hand. His thoughtful expression is remarkable. It is not hard to guess what he is thinking and why he looks so sad. The candles refer to the countless victims of the Armenian Genocide. 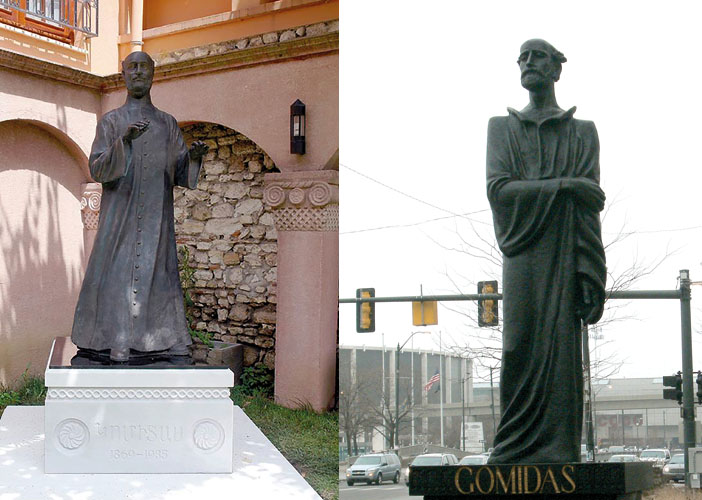 (on the left) Komitas sculpture made by Erol Sarafyan is placed in the yard of the Armenian Patriarchate of Istanbul. It was planned to be placed in Şişli Armenian Cemetery, but the board of Surp Yerrortutyun Church Foundation prevented it from being exhibited in a public place. (on the right) Designed by Arto Tchakmakchian, this granite and bronze Komitas monument has been in one of the crowded streets in Detroit since 1981. Dedicated to 1.5 million victims, this monument is a meeting place of people commemorating April 24. 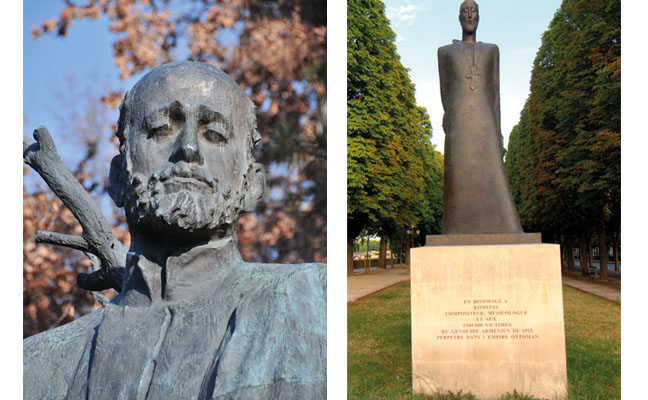 (on the left) This is one of the most famous Komitas sculptures. Placed in Yerevan, this sculpture depicts Komitas sitting on a trunk of a tree. His sorrow is written all over his face. Being in harmony with the trees surrounding it, the sculpture stands in front of the state conservatory named after Komitas. (on the right) The music and image of Komitas remind his sorrowful life and the cause of this sorrow, the Armenian Genocide. Every painting depicting him is actually dedicated to humanity and every sculpture of Komitas is in fact a genocide monument. That is why this sculpture by David Babayan,  opened to visit on April 24, 2013, is also a genocide monument. In this monument, Komitas doesn’t only carry the sorrow of what he went through, but also the sorrow of all Armenians, 1.5 million victims and the survivors who were doomed to live with this pain in different parts of the world. 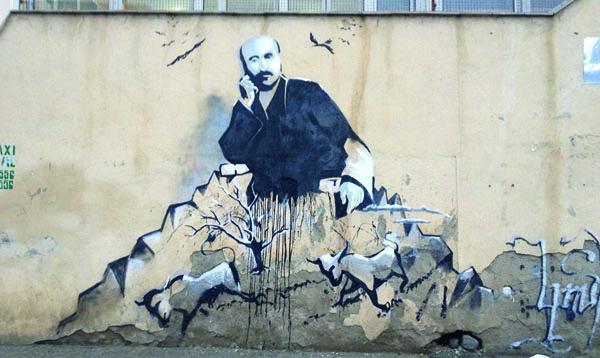 This graffiti in Isdepanagerd region of Karabakh was painted by street artist Khaçadur İsrailyan on October 11, 2014, as part of the “Freedom Festival”. 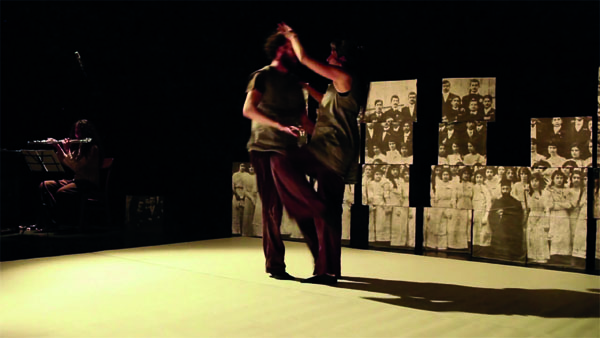 In 2010, with the initiation of “Anadolu Kültür”, on the occasion of Komitas’ 140th birthday and 75th anniversary of his death, a dance and improvisation performance is staged by Ayşe Tütüncü (piano), Sıla Gerbağa (flute), Melikcan Zaman (violin) and Çıplak Ayaklar Company (ÇAK) titled as “Journey with Komitas”. 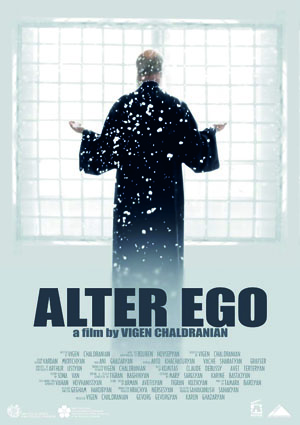 It is also known that the legendary director Sergie Parajanov made a movie for UNICEF in 1968 titled as “Children to Komitas”. James Steffen, in his book titled as “The Cinema of Sergei Parajanov”, writes that the movie is focused on the pictures drawn by children and dedicated to Komitas. This movie is disappeared and it is unknown what happened to it.