Ali Yamaş and Bülent Erdem are engaged in caving. They have a cave research group called “Obruk” (sink-hole). We wanted to talk to two experienced cavers about the works in this field. However, we found ourselves talking about the underground cities in Turkey. They say that there are many underground cities that were built by Christian peoples especially between 6th and 11th centuries.

What is caving? What does a caver do?

It is basically the research and study of natural caves; it includes mapping, measuring and taking the inventory of the caves. For most of the cavers, it is a hobby. We also do this as a hobby.

Can you talk about your group “Obruk”?

It is a cave research group founded in Turkey 6 years ago. There are 20-25 cave research groups in Turkey, including the university clubs. Generally, the associations start with training. Our group consists of people with caving experience. In time, we turned toward underground cities. We offer mapping and measuring training to the ones who would like to join us. However, we don't do it in classes, we try to offer applied training.

Is Turkey a good place for caving?

The area of Turkey is 783,562 square kilometers and 150-160 square kilometers of this area consists of pure limestone, which almost equals to total area of Switzerland. In Turkey, there are 2500-2800 caves that are explored and registered, which you can find online. However, given the abundance of limestone and the total area of Turkey, we should have around 200,000 caves. Timuçin Aygen, who is an expert speleologist, said that there are 40,000 caves in Turkey. Unfortunately, we don't have enough human resource for exploring the caving potential of Turkey.

You said that you turned toward underground cities. How did this happen?

What does your works in underground cities include? 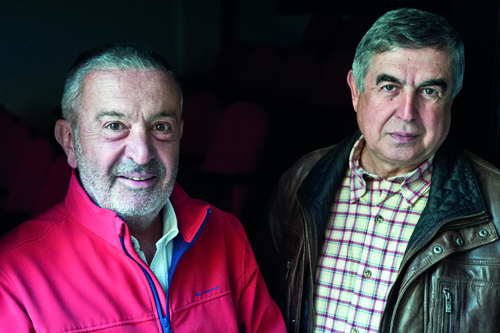 We map the cities and take inventory. Then, we present them to the municipalities as a report. We don't have the authority to direct local governments in using the information we provided. These underground cities can be turned into touristic sites with the collaboration of the municipality and governor's office. However, this is not our job. For instance, underground of Ağırnas province of Kayseri is covered with cities.

How old are they?

As we learn from the historical sources, there had been serious problems between Christians of the east and Roman and Byzantium Empires before 6th century. Have you seen underground cities that were built during that period?

Almost all underground cities we have seen have a church and chapel. 4th and 5th centuries weren't very peaceful times for Christians. When they found a little peace, iconoclasm started, for instance. You can also see the traces of the internal conflicts within Christian peoples. However, the intensive underground city development took place between 6th and 11th centuries. There are not many underground cities that were built after 11th century. During the later periods, those cities had been used for different purposes. For instance, there is Derinkuyu underground city located in 40 kilometers south of Nevşehir; its upper floors had been turned into barns. Evidence suggests that this happened in Ottoman times. We should also note that not all the underground cities are as large as an average city. There are smaller ones consisting of only a few rooms; they are more like shelters. However, the underground city in Ağırnas is immense. Almost all structures in Ağırnas are connected through underground tunnels. When you open a closet in a house, you can find yourself in a bedroom of another house. 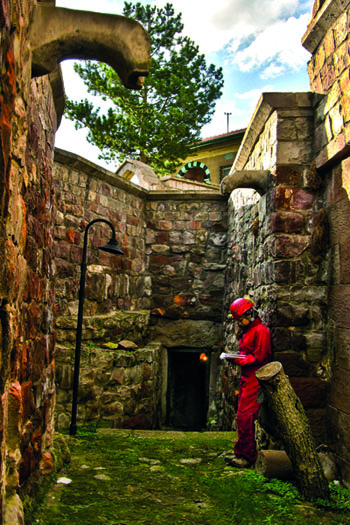 You also work in Tomarza province of Kayseri. How is the situation there?

Unfortunately, there is almost nothing left in the city. We know that there is an underground city. There is a church in Tomarza, which is currently under renovation. We received reports informing that there are 7 underground cities around Tomarza. They are similar in terms of architecture. We don't know how they will be protected. It is a thousand-year-old structure and unfortunately, it fell victim to treasure hunters.

Speaking of treasure hunting, how do people treat you in the places you work?

They consider you as a treasure hunter, since you are engaged in caving. Sometimes, real treasure hunters impose themselves on us. They worry that we might find a treasure that they haven't found yet. We know that there were cavers who were chased away by guns. Sometimes, treasure hunters ask our help. They don't believe that we do this as a hobby. There are also the ones who wrote some things on the wall. They write things in Latin or Greek and try to promote the cave in this way.

Have you seen any inscriptions written in Armenian or any khachkar (Armenian cross-stone)?

Yes, in Nevşehir. In Değirmendere valley in Kayseri, there is a really interesting pigeon-loft structure. They turned two churches into pigeon-lofts, but they kept the frescoes. Unlike the ones in Cappadocia, the pigeon-lofts in Gesi are in the form tower. They were turned into pigeon-lofts during Ottoman times. We heard that there is an underground structure in Antep which has inscriptions in Armenian, but we haven't seen it yet. There is a leprosy hospital Belağası valley, which is said to be used by Armenians. In the same place, there are two stone Armenian churches. There are Armenian epitaphs in those churches.

It is known that some massacres during 1915-1916 were carried out in caves. Have you seen any traces of them in the caves you have worked?

We saw such a cave in Develi province of Kayseri. In 1992, we received information about a cave in Develi. We found a lot of human skeletons there. When we got out of the cave, we were surrounded by police and gendarme forces. They searched us and seized all the photos we had taken.

What are your future plans?

Next year, “Hypogea 2017” will be held in Cappadocia. It is the only international congress about underground settlements. We are preparing for it. We hold meetings for including Russian and Italian cavers in our works in Kayseri. The ones who are interested in caving can follow us on www.obruk.org