On October 26, the Clerical Assembly of the Armenian Patriarchate of Turkey decided to superannuated Patriarch Mesrob II, paving the way for the process of election which has been expected for a long time. We asked young Armenians, who have never voted before, about their expectations, criticisms and assessment concerning the patriarchal election. 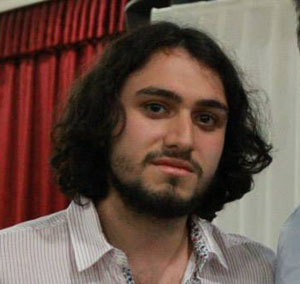 “A vacuum of governance emerged in our society”

The process that began with the illness of our Patriarch Mesrob II caused some damages that are hard to repair. In addition to the vacant seat, the annulment of the regulation for foundation elections and the lack of a new regulation caused a vacuum of governance in our society. Because of this vacuum, a clear plan for the future couldn't have been created. We got somewhat richer with the return of seized properties, but we failed to use our resources wisely because we cannot form the joint pool we have been talking about. We still try to raise money through madagh gatherings, though we need to invest our schools in order to raise generations who claim and protect their identity, language, culture and institutions. The record of baptism and funeral ceremonies shows that we are getting smaller in number. We are faced with an erosion that will destroy our institutions, language and culture in time.

A pluralistic way of government is my primary expectation from the new patriarch. I expect cooperation with the civilians in material issues, for instance. I also want the duties and the ways of functioning of our institutions to have a legal ground in order to find effective solutions to our problems. There should be works and negotiations for achieving this.

Unlike other societies, our patriarch has been chosen by civilians for almost 150 years. I think that this is a tradition that we should preserve. Thus, I will vote. The Clerical Assembly waited too long for making this decision, but it may be the first step for solving our problems. I hope the civilians, especially the younger ones, will vote and the turnout will be high just like in 1999.

I will vote. As a principle, I don't prefer the patriarchate to be involved in societal matters this much. We have serious problems that should be resolved immediately: How will the budget deficits be bridged? How will a complete education policy be realized? How will the decrease in the population be prevented? How will our elders be taken care of? What kind of works will there be for the younger generation? There are many more questions like these, but it would be unrealistic to expect the patriarchate to solve all of the problems we have. The patriarchate even hindered the ones who tried to find solutions, let alone providing solutions.

We see that “civilians” cannot handle this issue. We suffer from the troubles in administration of foundations and other institutions. The arbitrary attitudes of the administrators and their hard feelings toward each other cause problems and our children pay the price. The chair of Ortaköy Foundation doesn't help Dadyan School because he has hard feelings and it causes troubles for the students of Dadyan. The hospital came to have a great income, but he is not willing to support the foundations that have schools. I expect our new patriarch to be concerned with such issues, to express the injustices and troubles, to revive the spirit of our society, to sit on the table of the members of the society instead of the table of the benefactors, to deal with the problems by employing honest, hard-working and competent people and to mobilize our people.

In the last decade, there have been important developments. However, the situation wouldn't be different, even if Patriarch Mesrob II were able to perform his duty, since there is a problem in the system itself. Or rather, the problem is the lack of a system. 8 years ago, we had been talking about Surp Yerrortutyun Church Foundation, but many foundations started to act like it after they got some income. I hope a patriarch that will be chosen by popular vote call such people and institutions to account with the support of the society. 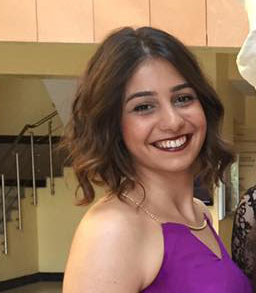 “People should have a voice in the election”

I think I will vote. Our society has a right to choose its patriarch for a long time; we should preserve this tradition. Because of the illness of our dear Patriarch Mesrob II, the seat has been vacant for 8 years. The uncertainty caused by this development divided our society: the ones who demand election on the one side and the ones who think that there cannot be an election before the incumbent patriarch dies on the other side. The office of the vicar of the patriarch caused discontent and reactions within the society. We should definitely hold an election and people should have a voice in it.