On Thursday, January 19, Hrant Dink will be commemorated in Ankara. Organized by “Ankara Initiative for Commemorating Hrant Dink”, the program will start at 3 pm in Yüksek Street. 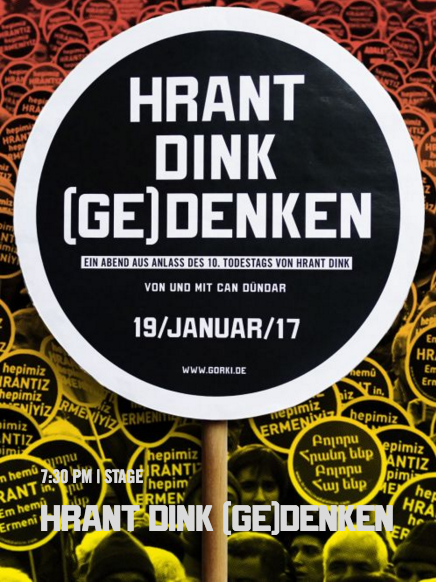 In addition to reading that will start at 7.30 pm, two more events will be held in the same place. Miraz Bezar's play “Reflections” will be performed in Studio Я (at 7, 8.30 and 10.30 pm) and Osman Okkan's documentary "Hrant Dink murder case – Armenians in Turkey" will be screened (at 6 pm).

In the event, there will be a presentation which was prepared by Zoryan Institute and covers the historical context of the murder of Hrant Dink. Pianist Rafi Bedrosyan is the keynote speaker.