While “Euphrates Shield” operation continues, it is claimed that YPG forces have been reinforcing Manbij. Syrian Kurds have denied the claims.
TURKEY

Turkey's celebrated writer Vedat Türkali passed away at 97 this morning in Yalova.
TURKEY

A car bomb hit police headquarters in Cizre on Cizre-Şırnak highway. 11 police officers are killed in attack and there are more than 70 injured.
TURKEY 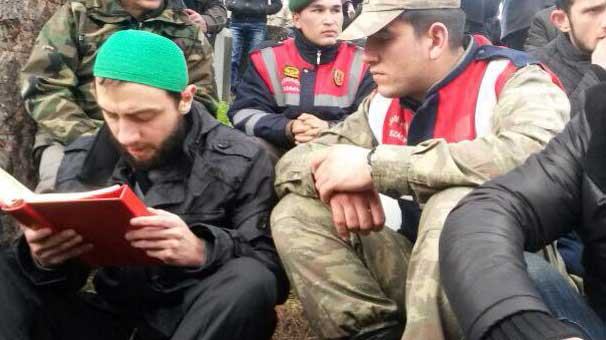 The murderer of Priest Andrea Santoro, who was murdered in the Santa Maria Church in Trabzon where he served, is released.
TURKEY
08.25.2016

Armenian and Azerbaijani people came together for peace

6 Azerbaijani and 4 Armenian people came together in Eskişehir and talked about peace and common life without a third party. Varduhi Balyan witnessed this important and touching meeting, spoke to participants and told about her own story. In the hope of more meetings like this...
TURKEY

Jarablus operation: a shield for whom?

Two mortar shells were fired from Jarablus, which is a Syrian town under the control of ISIS. Turkish Military Forces announced that howitzer attacks were launched on 4 positions of ISIS.
TURKEY

“Freedom Watch” will be started today for Özgür Gündem newspaper editorial consultant and award-winning writer Aslı Erdoğan, who was arrested on Friday.
TURKEY

Ministry's statement: the churches in Sur won't be closed down

Ministry of Environment and Urban Planning stated that the churches in Sur province of Diyarbakir will be restored in accordance with their original condition and they are not considering using those buildings for any other purpose.
TURKEY

Armenian trainer fired under the cover of “Fetullah Terrorist Organization”

As part of the purge that was started after the coup attempt, Ari Hergel, who has been working as a guitar teacher in İSMEK (Istanbul Metropolitan Municipality Art and Vocational Training Courses), is fired.