Volodya Muradyan, who murdered his wife Diana 3 years ago stabbing her 21 times in front of her children, sentenced to 3 years in prison. Member of 'Society Without Violence', Sona Hovakimyan talked about Diana case and domestic violence in Armenia.

Sona Hovakimyan said: “In a case, it was obvious that the woman had been subjected to domestic violence. She had even scars all over her body. However, the suspect, who had been beating his wife, was released. Unfortunately, there is no domestic violence law in Armenia.”

Femicides, which are always on the agenda in Turkey, are also at serious level in Armenia. Recently, Volodya Muradyan's trail was ended on December 24, 2015. Lasting for 3 years, the case ended with a ruling based on court's decision that Muradyan murdered his wife because of unjust provocation and he was sentenced to only 3 years in prison. Sona Hovakimyan had been following this trial and we talked to her about Diana case, domestic violence in Armenia, woman rights and their struggle for those rights.

“The ruling is subjective”

Emphasizing that the ruling on Diana case is subjective, Hovakimyan summarized the trail process: “The first expert reported that the suspect wasn't under any influence during the murder. However, the second expert concluded that Muradyan was subjected to unjust provocation and he murdered his wife because of that. The third and main expert claimed that the suspect had been subjected to moral and psychological oppression by his wife, which led him to murdering his wife. I think that this ruling is highly subjective. It is based only on the perspective of the suspect. Since Diana Nahabedyan isn't alive, we cannot know her side of the story. They justify the murder by using woman's moral stance as an excuse. How can a court decide that a man who murdered his wife stabbing her 21 times in front her children had reasons to do so? Decisions like this one encourage people to commit crimes and they mean that you can kill your wives because of jealousy and get away with it only with 3 years of prison sentence. This is a deficiency of our judicial system. This decision encourages these type of crimes and violence against women.” 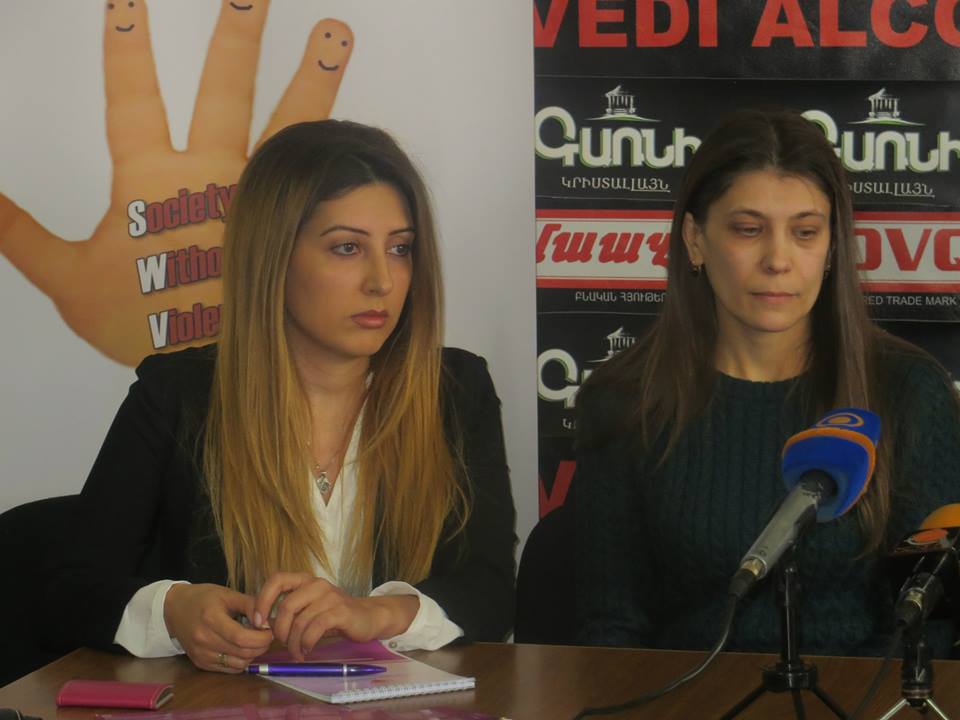 Stating that they had been following Diana case from the beginning, Hovakimyan talked about what they will do next: “Diana's mother can object this ruling. We haven't talked to her yet; so, we don't know what to do. Maybe she won't file a complaint, because she want to live abroad. Society Without Violence will analyze this case and release a press statement. Our aim is to reveal what happened and raise awareness in the society, and also point out the deficiencies in the system.”

Stating that there has been no development in the juridical system during recent years, Hovakimyan summarized the current situation as the following: “There are still judges don't ground their decisions on the statement of the women. We need a radical change and we should conduct long-term plans in order to achieve this change. It is state's duty to support this plans, but the state doesn't take responsibility and NGOs take all the burden.” Stating that NGOs establish shelters for women, but state doesn't make any contribution, Hovakimyan said, “Because of this, women don't go to police, when they are subjected to violence, since they know that they won't receive any help. Under these circumstances, talking about radical change is unrealistic. NGOs cannot create miracles without state support.”

There are two shelters for women in Armenia; one of them was founded by NGOs. In a year, 3000 to 5000 women call the lines that offers help and support for women.