We talked to Hilmar Kaiser, one of the prominent researchers who work on the Armenian Genocide, about Bundestag's resolution and Germany's responsibility. Kaiser said: “It was not 'the Ottoman Empire' or 'Turkey' or 'the Turks' or 'the Kurds' who killed the Armenians. Let us identify the culprits and praise the rescuers.

The debates on the Armenian Genocide resolution, which was passed by Bundestag on June 2, continue. However, there is not much interest in the content of the resolution. While Turkish media covers the issue as a showdown between two countries, the ones who read the resolution are aware of the fact that this resolution doesn't have the purpose of accusing Turkey, rather it is about Germany's confrontation with its own past. So, what is this German complicity? We talked to Hilmar Kaiser, who has been working on the Armenian Genocide for almost 30 years, about Bundestag's resolution and Germany's responsibility. His book “The Extermination of Armenians in The Diarbekir Region” is the first case study on this subject based on Ottoman archives that have been never used so far.

Are you surprised by the decision of Bundestag?

Not at all. Following last year’s statements of German President, Mr. Gauck and the President of the German Parliament, Dr. Norbert Lammert, as well as the statements of many other leading deputies, the only remaining question was when the resolution would be passed by the parliament. After all, this decision also reflects a broad consensus among German historians as well as within the German public at large.

Does the Bundestag’s resolution differ from those that were passed by other parliaments around the world? 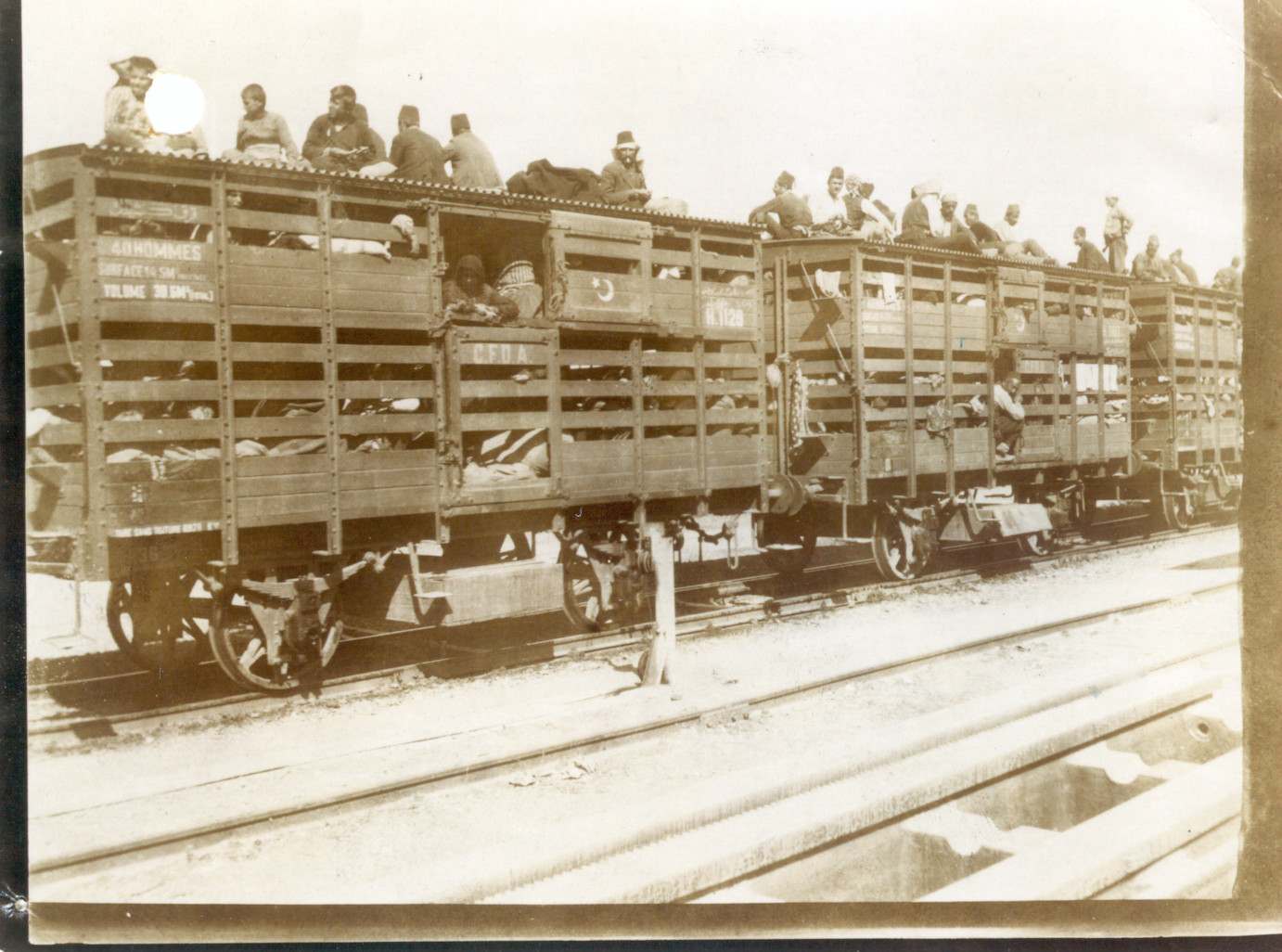 On Oct. 30, 1915, railroad director Franz J. Günther reported to Bank director Arthur von Gwinner remarking sarcastically: Enclosed I send you a little photo, showing the Anatolian Railroad as an upholder of culture in Turkey. These are our so-called sheep-carts in which for example 880 people are transported in 10 carts.

The Bundestag’s decision stands out as it addresses the German role during the extermination of Armenians. There was a considerable German involvement in the Ottoman Empire at the time. Germany and the Ottoman Empire were allies during World War I. Thus, Germany maintained a sizable diplomatic and consular service as well as a military mission in Ottoman Turkey. Moreover, German private investments and missionary activities further deepened relations.

The German military mission was tasked with assisting in the modernization of the Ottoman armed forces. Thus, German officers served in leading positions at the Ottoman General Staff and with all Ottoman armies. Moreover, two large German war ships and their crews entered Ottoman service in the fall of 1914. You might be surprised to learn that the files of the Ottoman General Staff are to a large extent bi-lingual. Orders and reports were written and shared in two languages, Turkish and German.

Were these officers involved in the anti-Armenian policies?

Yes and no. Generally, the German military tried to avoid any involvement in deportations or persecutions of Armenians. However, individual officers saw this differently and for their own reasons participated. Wolfskeel killed Armenians during the siege of Urfa. He personally commanded the charge on the Armenian quarter with a gun in his hand. This was, however, not condoned by his German superiors and he was recalled. Another officer, Böttrich, headed a military commission which prepared a memorandum. This document was to form a guideline for the deportation of Armenian railway personnel employed by the Anatolian and Baghdad Railway Companies. The deportation order was, however, never given. Other officers assisted Armenian deportees and provided aid also in the Syrian desert. In general, our knowledge about the German military’s role is rather limited as the German army archives were bombed and destroyed in 1945. Thus, a conclusive assessment is not possible at this time.

When will it be possible?

It all depends on President Erdoğan. If he grants scholars, including Germans, unrestrained access to the Turkish military archives in Ankara, I am confident we can gain a much better understanding. After all, the original or a copy of all German reports are kept there.
I had some limited access to these archives and obtained a few documents of minor importance. However, I saw that the original files have been preserved. It is a very well maintained collection.

What was the attitude of the German diplomats? 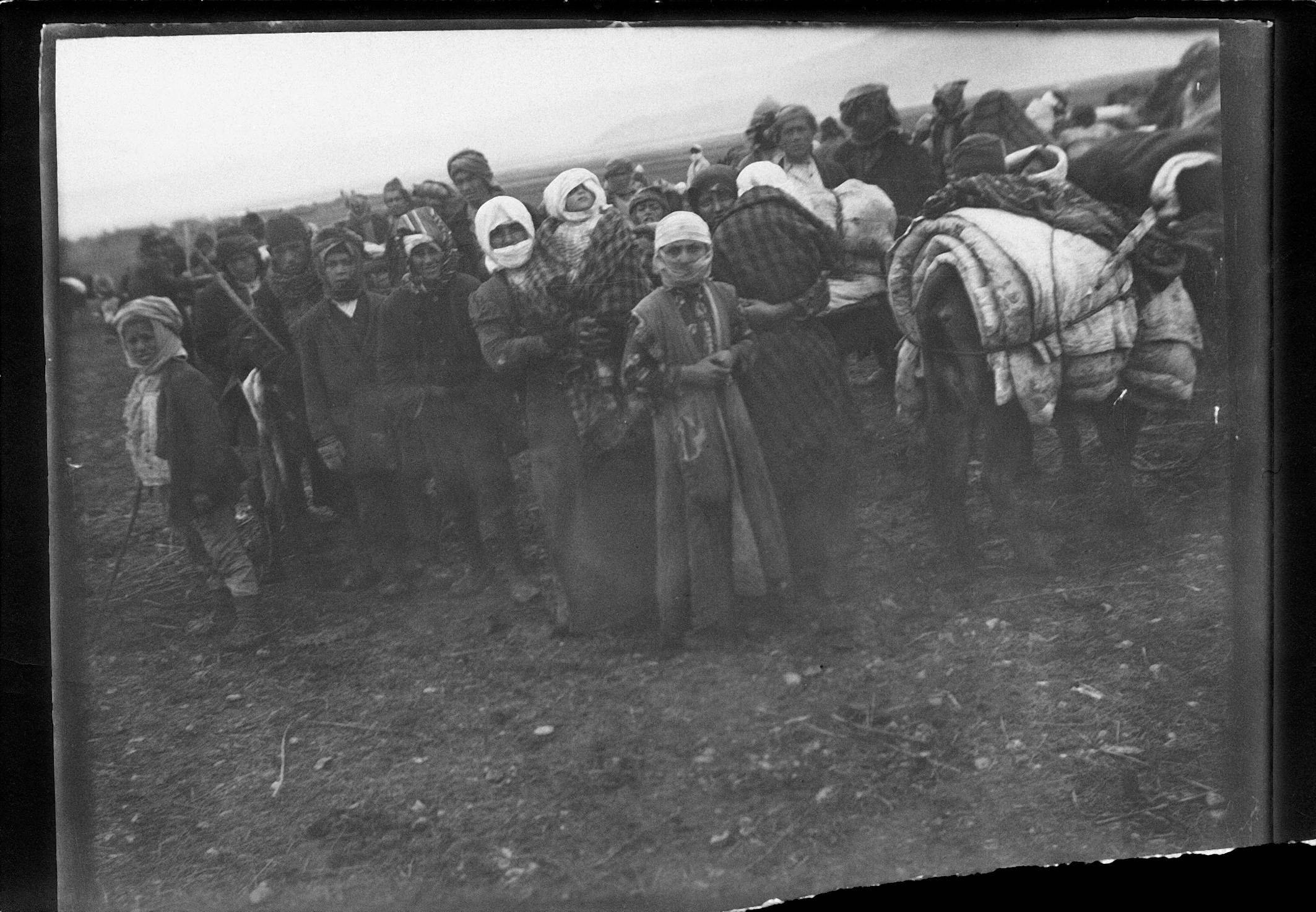 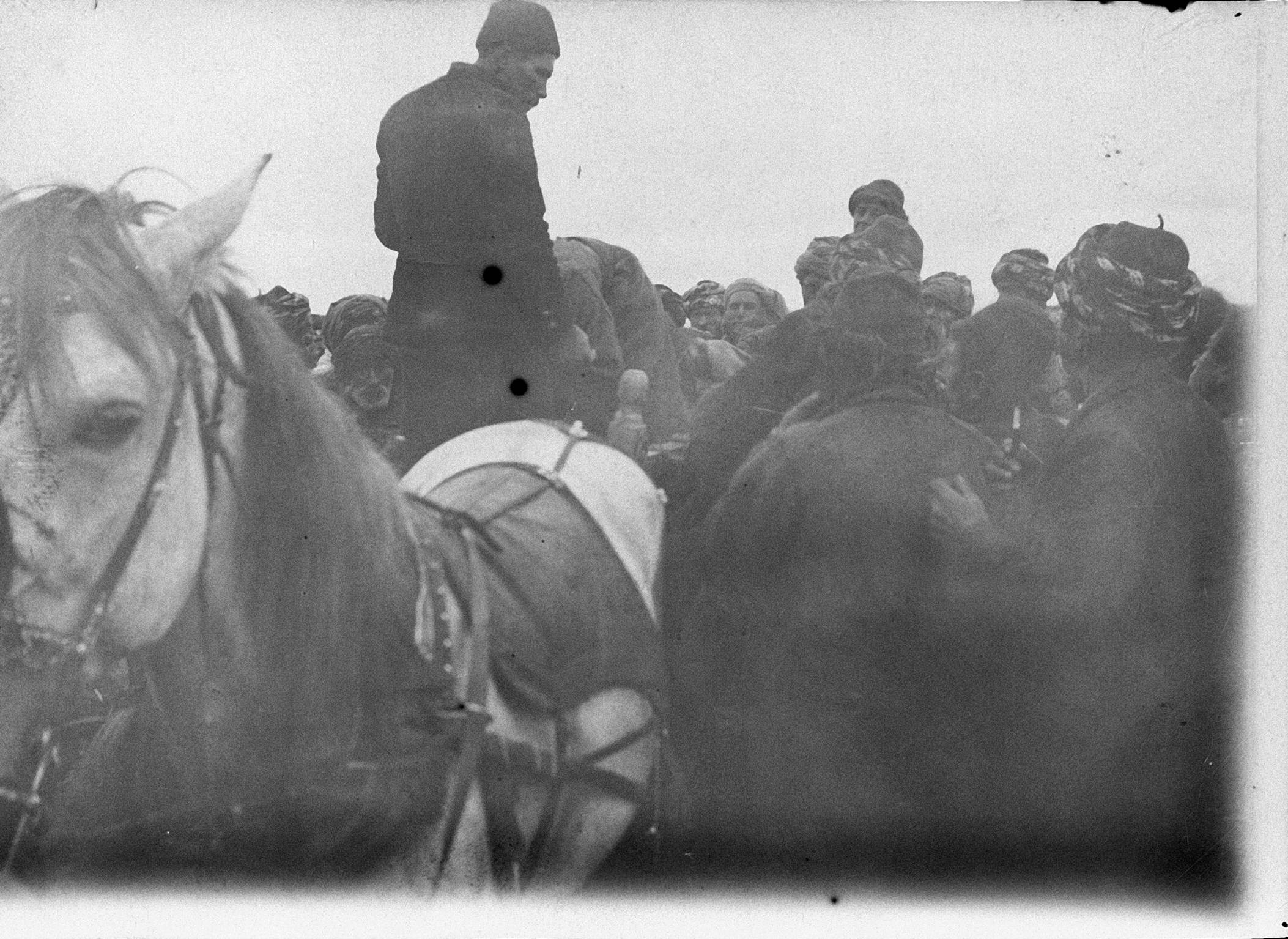 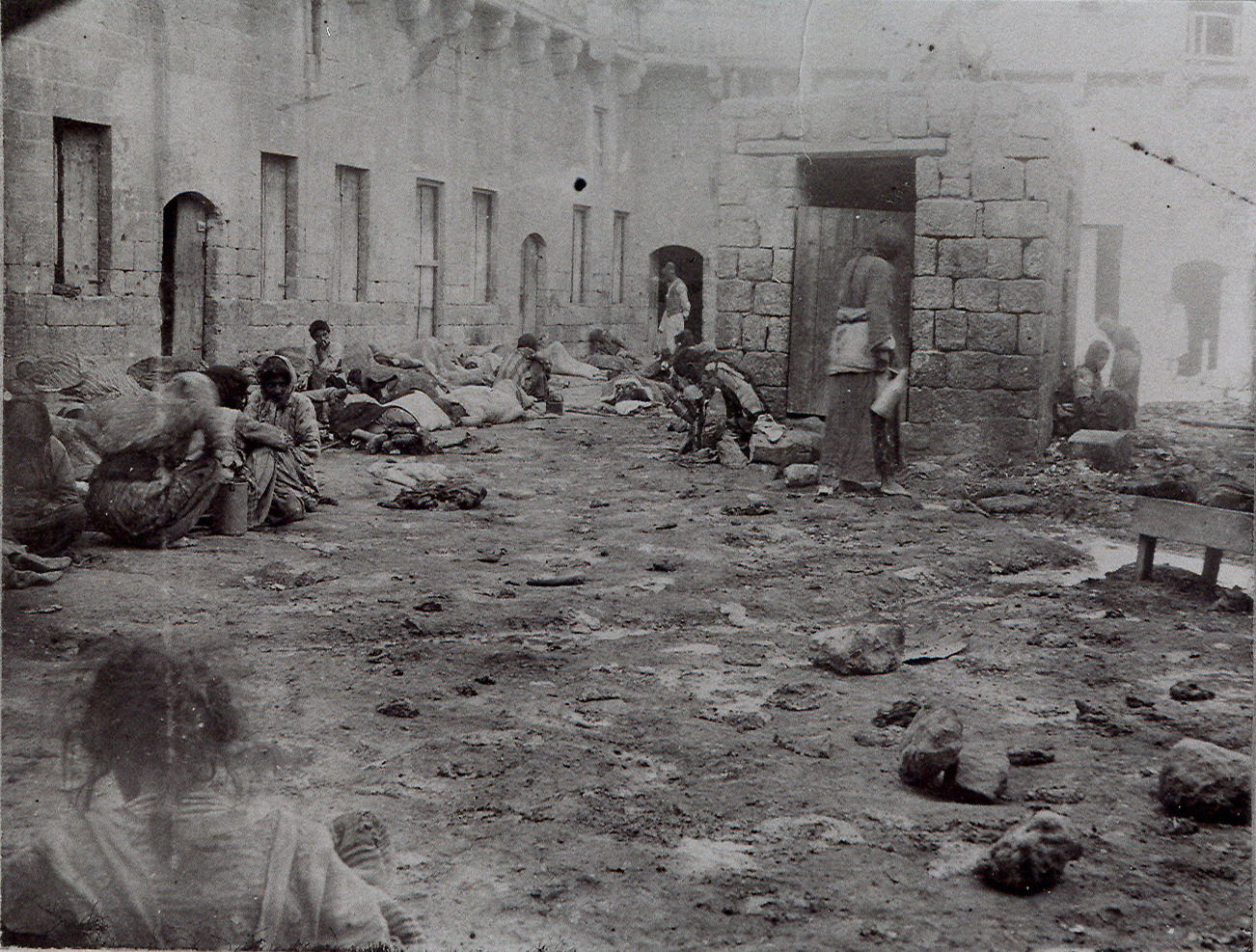 Like the military, the German diplomats were first of all interested in stabilizing the alliance. Keep in mind, Germany had suffered crushing defeats in 1914. One could argue that the war was lost for Germany by October 1914. Thus, the Turkish alliance was a life-line. Each Entente soldier fighting the Ottoman Empire could not fight on the German fronts. It was that simple. In this situation, the Armenian deportations and massacres were an unwelcome irritation.

Germany filed some weak protests while at the very same time organizing Ottoman denial of the atrocities. Dr. Mordtmann, the head of the embassy’s Armenian desk, drafted the blue-print for the Ottoman Empire’s denial. Moreover, German embassies in neutral states disseminated Ottoman propaganda materials which often had been printed in Germany. They did this despite they knew the truth perfectly well.

So, the diplomats did not help the Armenians.

Many consular officials tried their best to help Armenians, at times disregarding their instructions. People like Scheubner-Richter, Röşsler, and Büge opposed the Foreign Office’s and embassy’s policy and tried to bring about a change. Similarly German business circles sounded the alarm. Especially the Deutsche Bank repeatedly intervened with the German government.

Strong pressure especially from business circles, the Catholic and Protestant churches as well as mounting concerns within the German Foreign Office about Germany’s reputation began to bring about some cautious change. A new German ambassador, Metternich, filed energetic protests and demanded a drastic change in policy. However, Chancellor Bethmann Hollweg infamously decreed: “Our sole object is to keep Turkey on our side until the end of the war, no matter if Armenians perish over that or not.” This decision was definitive.

Did all Germans accept this decision?

Not at all, the Deutsche Bank fought for its Armenian employees and saved most of its regular staff. Only at Ankara a larger number of Armenian staff members were butchered on the order of Atıf [Bayındır]. The bank authorized secret aid payments to the deportees and even threatened to obstruct the transport of military supplies if its men would be touched. The Armenian Patriarchate thanked the company for its support after the war.

What about the missionaries?

The two larger German missionary associations active in the Ottoman Empire were in fact very international. Many Scandinavian and Swiss volunteers were working together with Armenian staff at their schools, workshops, and orphanages. These institutions served primarily Armenian communities. In 1915 some of these institutions were destroyed or closed. Others lost most of their students. Still, the German embassy secured the survival of many Armenian staff members. Equally important was a cooperation with American missionaries. Thus, when Armenians in Aleppo and other places began organizing relief work for the deportees they could rely on the support from this international missionary network. In fact, most of the work done which would later become known as Near East Relief was started by Armenians and protected by German and American consuls.
Different actors had different interests and agendas. However, in the final analysis it was Bethmann Hollweg’s decision that defined German responsibility in connection with the extermination of the Ottoman Armenians.

What does that mean?

Modern Germany as the legal successor of the German Empire (1871-1918) has inherited a legal and political responsibility for the acts of its predecessor. While the German government as such did not participate or welcome the murder of the Armenians, it looked the other way because this was thought to be in Germany’s interest. Now, in 2016, the Bundestag addressed this very black page of German history and apologized.
The resolution is not a condemnation of Turkey. It is Germany facing its own history.

And what does this mean for Turkey?

If Germany, after all the wartime ally of the Ottoman Empire, recognizes the Armenian Genocide it becomes much harder to make a credible argument in support of genocide denial. In this perspective, the resolution has an entirely different quality than other resolutions.
As for the next step, the current situation is very heated and it needs to cool down a little. At the same time, President Erdoğan has called for more research. This is a welcome suggestion, provided the military archives are opened. Also it is important that the good work at the Ottoman archives is continued and more material made available.

Could the archives you mentioned change the overall picture?

I doubt it. The archival evidence is already very solid and clear. However, we get a better understanding of what happened and this in detail. We will see who were those men and women who protected victims. Many Ottoman officials opposed their own government and saved Armenians, most notably Djemal Pasha, Aleppo governors Celal and Bekir Sami Beys, Mosul acting governor Haidar Bey, Zor governor Ali Suad Bey, 5th army corps acting commander Halil Recai Bey, Hasan Amdja, Huseyin Kazim Kadir, General Kazim Dirik. The list goes on and on. In sum, it was not “the Ottoman Empire” or “Turkey” or “the Turks” or “the Kurds” who killed the Armenians. Let us identify the culprits and praise the rescuers. There were many people Turkey can be proud of.