In a report titled ‘Taking Sides’, advocacy group The Syria Campaign has criticised the United Nation’s humanitarian efforts within Syria.

The report, undersigned by 56 Syrian humanitarian and local self-governance groups, also accuses the “UN of giving undue preference to the Syrian regime, therefore sabotaging its own efforts to deliver aid to besieged areas”.

While the UN maintains a presence in Damascus, attempts to distribute aid by its various agencies to areas under siege by the Assad regime have until recently been completely cut off. Syria’s capital, a stronghold of government control, is surrounded by several towns which have been held under long sieges by the regime.

One such town is Daraya, where aid was delivered earlier this month for the first time since 2012. Crucially, this aid delivery was restricted to medicine and baby milk, and did not contain any food. An earlier convoy in May, which similarly did not contain food aid, was refused entry to Daraya.

It was only on 10 June that the first food aid delivery in 4 years reached Daraya. On the same day, the Assad regime released at least 28 barrel bombs upon the town, claims the Local Council of Daraya, impeding efforts to distribute aid. An official of the UN’s World Food Programme (WFP) claimed that the delivery contained 480 food rations which could feed around 2,400 people for 1 month. The UN estimates Daraya’s population between 4,000 and 8,000 people.

While the Syrian government exercises control over UN agency operations in Syria, through various measures such as the imposition of the Syrian Arab Red Crescent (SARC) as a necessary distributor of aid and threats to revoke agency staff’s visas, The Syria Campaign claims that “the UN has more leverage over the Syrian government than it has exercised.”

Requests to directly deliver aid to besieged areas are either blocked, with almost 75% ignored by the Syrian government in 2015, or “censored at the agency level,” meaning that UN agencies often deliberately do not submit requests in order to not agitate the Assad regime.

Such actions have lead The Syria Campaign to claim the UN has chosen to “prioritise cooperation with the Syrian government at all costs,” leading to a “serious breach of the humanitarian principles of impartiality, independence and neutrality.” 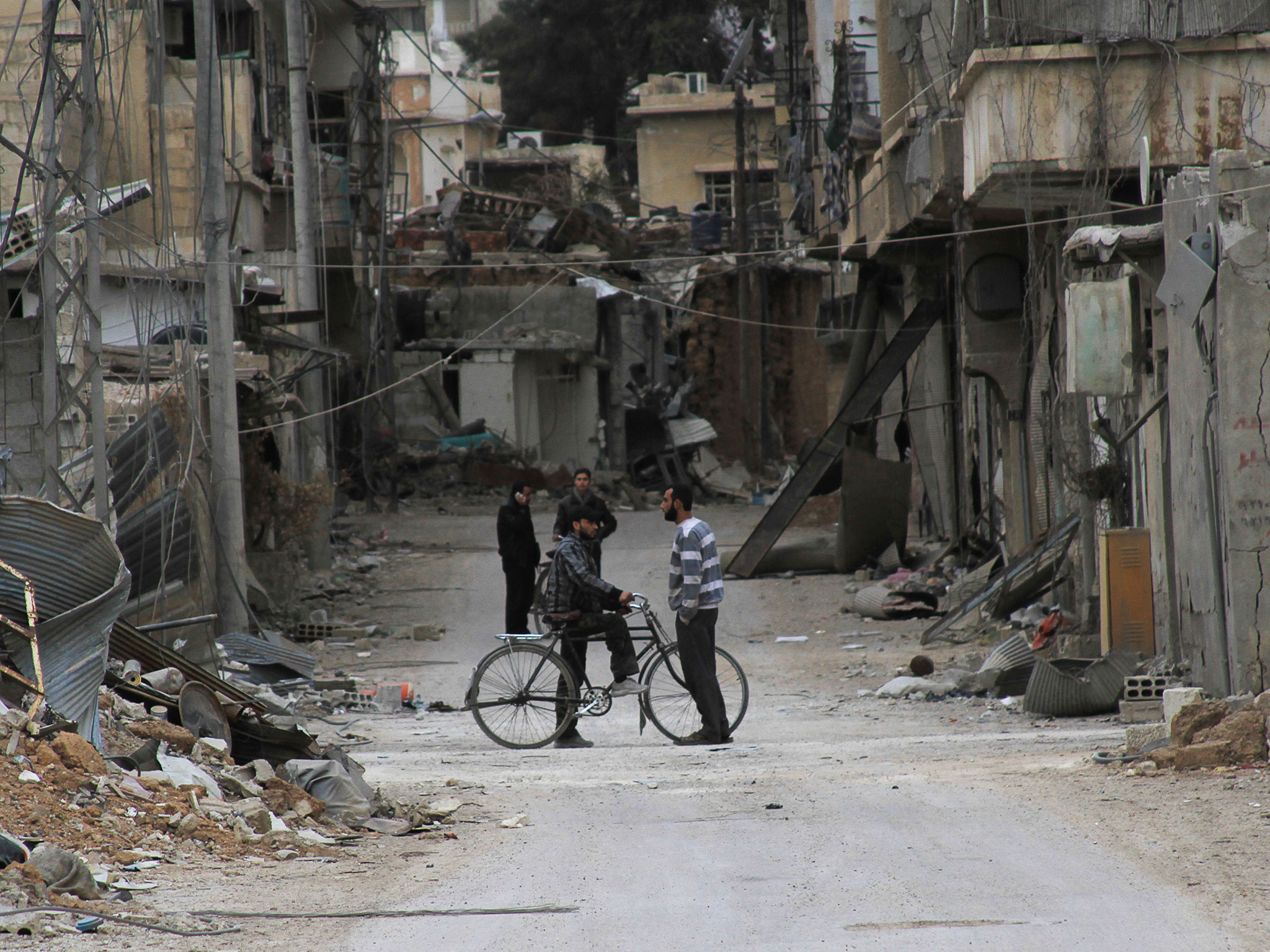 Where almost one million people live under siege in Syria, a mere 12% of aid reached areas not under government control in April 2016. Siege Watch estimates that 85% of besieged areas are under siege by the Assad regime, with a further 14% under siege by both ISIS and the regime.

By refusing to deliver aid to Daraa, in order to curry favour with the regime and maintain visa privileges, the UN taught the Assad regime a lesson that “it could shape the UN’s aid operation without consequence,” The Syria Campaign claims. With such knowledge, the regime has been able to enforce sieges and aid blockades on tens of more areas since 2011. The Syrian Network for Human Rights said 100% of a total 414 deaths from starvation occurred in areas under government siege.

The report recommends that the UN should draw a line with the Syrian regime, defining criteria under which they can cooperate with it “while still upholding their humanitarian principles.” If this line is crossed, The Syria Campaign suggests withdrawing cooperation lest the UN violate core humanitarian principles. The report gives similar suggestions to NGOs operating in Syria.

UN Spokesperson Stéphane Dujarric responded to the report, stating that it “discredits the work that so many of our humanitarian colleagues, mostly Syrians, are doing on the ground to try to bring help to the 13.5 million Syrians who are in need of humanitarian aid.”