Israeli parliament gave preliminary approval to “Israel nation-state law”, which has to pass two more votes to become law. This proposal, which makes people worry that it might constitute a legitimate ground for discriminatory policies against Palestinians, is a hot topic of debate in the country. We talked to Louis Fishman, faculty member of Brooklyn College Department of History about these developments and he states that this law would be a disgrace, not only to the Arab citizens, but also to the Jews working towards an open liberal Israel that is based on freedom and equality.

Proposed by Netayahu’s Likud Party, Israel nation-state law was approved in the first voting with 48 votes in favor and 41 against. The bill was proposed by lawmaker Ari Dichter and after 60 days, it will be voted again. Speaking after the voting in Knesset, Ministry of Justice Ayelet Shaked said that a version that will be more acceptable for all coalition members will be written and sent to the parliament in two months. However, Prime Minister Netanyahu made a call to all coalition leaders not to wait for two months and pass the bill as soon as possible.

During the voting, Arabic lawmakers Hanin Zouabi and Abd-Al Hakeem Haj Yahya were expelled from the parliament on the ground that “they are disrupting the session” and Jamal Zahalka was expelled from Knesset because he said it is “an apartheid law”.

The controversial law states that Israel is the “national home of the Jewish people” and “the right of national self-determination in the state of Israel is unique to the Jewish people”. The fact that the law removes Arabic as one of the official languages caused severe criticism, raising concerns it will legitimize discrimination against 1.7 million Palestinian citizens which constitute 20% of the country. Israel has no constitutional law and it is claimed that if the bill is passed, it would be constitutional in nature.

Since its foundation in 1948, Israeli state defines itself as “the state of Jewish people”. The Law of Return enacted in 1950 allows only Jewish people to migrate to Israel and become citizens. Though NGOs in the country points out that there are already many discriminatory laws against Palestinians, this law causes further concerns since it might give such policies a constitutional ground. Speaking to Al Jazeera, human rights lawyer Ali Haider stated that this law might give more rights to a non-citizen Jew living in Israel compared to a Palestinian citizen. 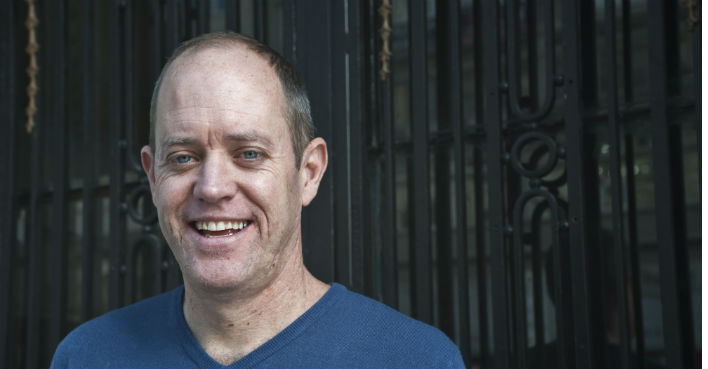 Assist. Prof. Louis Fishman works in Brooklyn College Department of History and publishes articles on Israeli-Palestinian relations in various places. We spoke to him about the nation-state law and the debates around it. Defining the law as a “disgrace”, Fishman thinks that the law is reaping benefits from the status quo right leaning Israeli population and adds: “It should be clear that for 20% of Palestinian-Israelis. The message is clear, this is our home, and even if you are citizens you will never makeup an integral part of the nation-state; i.e., you will always be outsiders.”

First of all, I’d like to ask this: That was the first voting for the bill. When will other votes be hold in Knesset? Do you have any estimation about next voting?

We will have to see how it moves forward. Preliminary votes are away of "testing the waters," and if enough opposition is voiced it could be shelved. Let’s not forget that this law has been in the making for over 5 years, and has emerged under very different circumstances.

I think we can say that the bill is contradictive in many ways. In general, what is your comment on the bill? Some columnist describe is as a ‘transition to a new form of an apartheid regime’, some criticizes the status of Arab minority. And declaration of Hebrew as the only official language also caused debate. So, in this regard, what do you think about the bill?

In the greater scope, this bill is completely unnecessary. Jews are the clear majority, and Hebrew is de facto the official language with Arabic a secondary one. However, then one may ask, why now? Well, what at heart here is a major greater debate among Jews of what the Jewish state should look like? Should it be an open liberal society, or one that writes into law the essence of its Jewishness? It should be clear that for 20% of Palestinian-Israelis, this law can only come across as racist. Even if Arabic will continued to be taught in their schools (much different than the question of Kurdish language education in Turkey) and linguistically their lives might not be radically changed (as they already learn Hebrew at a young age and are forced to study in Hebrew for most higher education), the message is clear, this is our home, and even if you are citizens you will never makeup an integral part of the nation-state; i.e., you will always be outsiders.

Of course, for the Palestinians under Israeli direct-occupation in the West Bank and semi-occupation in Gaza, this law will not change the fact that their lives are controlled on a daily basis by Israeli security with no rights or legal recourse. In other words, this law strictly pertains to Israeli proper and the settlers occupying Palestinian lands. Once this is calculated in we get a much more difficult picture where indeed the Palestinian citizens of Israel remain part of a greater hierarchy of injustice.

Can we say that it will become a constitutional law if it is passed?

What do political parties think about the bill?

While most in Labor and Meretz, and of course the mostly Arab Joint List are against it, there are those in the Labor Party who support it. Also, there are those few in the Likud who are staunchly against it--due to its contrasting liberal values.

What do NGOs in Israel say about the draft? Can we talk about a certain critical discourse?

It is being heavily criticized by NGOs, however, it seems this a uphill battle.

What do you think about the timing of this draft? As far as I understood, this debate around the bill is not new, it was offered to the Knesset before. Why now?

Decades ago this law would not have been able to even make it to the Knesset floor. It is a reactionary law that is reaping benefits from the status quo right leaning Israeli population. It is also a clear sign that a prolonged existence of right wing governments has proved successful in shifting the status quo. This law, as I stated earlier, is unnecessary and is a disgrace. Not only to the Arab citizens of the State, but also to the Jews working towards an open liberal Israel that is based on freedom and equality.