Many Armenian artists and intellectuals living in diaspora came together under a platform called “Justice Within Armenia” and launched a campaign for criticizing the anti-democratic practices in Armenia. So far, more than 2,600 people have supported the campaign.
DIASPORA
09.28.2016

Armenian International Women’s Association (AIWA), on the occasion of 25th anniversary of its foundation, brings Armenian women from different countries together in the US. CHP Istanbul MP Selina Doğan will be a guest of honor.
DIASPORA
09.21.2016

Will the genocide witness orphanage be a holiday camp?

A holiday camp project in Lebanon caused debates due to the sentimental value of the region. The planned location of the luxury holiday site is the coastal Biblos town in Beirut and the region also includes a cemetery, school and orphanage which belong to genocide survivor Armenians and known as “Bird's Nest”.
DIASPORA

Shoah Foundation indexed the testimonies about the Armenian Genocide and added them to the visual history archive of the foundation. Project manager Manuk Avedikyan tells about the project.
DIASPORA

“You have dust cloth, she has your day wage...”

Yerevan University History Department graduate Armenian citizen Siranuş has managed to leave her dust cloth aside in Istanbul and found at least a desk-job in Yerevan. She is not mad at Istanbul or dust cloth or fate. We talked to Siranuş, who has “learned loving life with all its rationality and irrationality”, in Yerevan.
DIASPORA

Armenian with French nationality deported due to speaking Turkish

Speaking to the police during the ID check in Istanbul Atatürk Airport, Richard Demirci said that he is an Armenian from France and he ended up being deported. Police officers asked, “You speak Turkish. How come you are not Turkish?” He is prohibited from entering Turkey with an exclusion order.
DIASPORA

Israeli Parliament's (Knesset) Committee of Education, Culture, and Sports recognized the Armenian Genocide and urged the government to recognize the genocide officially.
DIASPORA 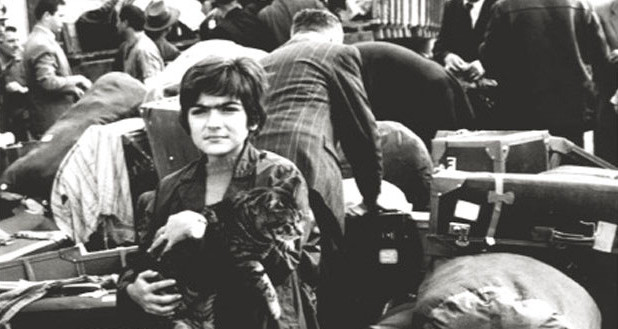 What about the others?

Preparations for giving Turkish citizenship to Syrians reminded AKP's previous promises to diaspora Armenians and Greeks. Scholars studying on this topic assessed the discussions of citizenship for Agos.
DIASPORA

Being Armenian in Fresno