UN meeting after the reports of war crime in Idlib

It was claimed that a “chemical attack” was carried out in Khan Sheikhun town on the south of Idlib, which left at least 58 people dead, including 11 children. After the reports concerning the use of chemical weapons, UN Security Council decided to hold an emergency meeting today.
WORLD

At least ten people have been killed in twin explosions in St. Petersburg metro.
WORLD

“We believe that Trump will support Christian autonomous region in Iraq”

Chair of American Mesopotamia Organisation David William Lazar actively worked in Donald Trump's presidential campaign and was on the advisory committee for the American MidEast Coalition for Trump. Lazar answered our questions concerning the situation of Christian minorities in Iraq and Syria and US policies for Middle East and migration that changed with Trump administration.
WORLD

Amnesty International: civilians are not protected in Mosul

Towards the end in the struggle of genocide monument in Switzerland

Swiss Court dismissed the last objections concerning the Armenian Genocide monument that is planned to be built in Geneva.
WORLD

We talked to David L. Phillips, the Director of the Program on Peace-building and Rights at Columbia University’s Institute for the Study of Human Rights, about the developments around the triangle of Turkey-US-Middle East by way of his recent book “An Uncertain Ally: Turkey under Erdogan's Dictatorship”.
WORLD

Armenian Genocide memorial to be installed in Cologne

Municipality of Cologne approved the proposal for installing a memorial in the memory of the victims of Armenian Genocide.
WORLD

Azerbaijan issued arrest warrant for members of the European Parliament who visited Karabakh to monitor the referendum for constitutional amendment.
WORLD 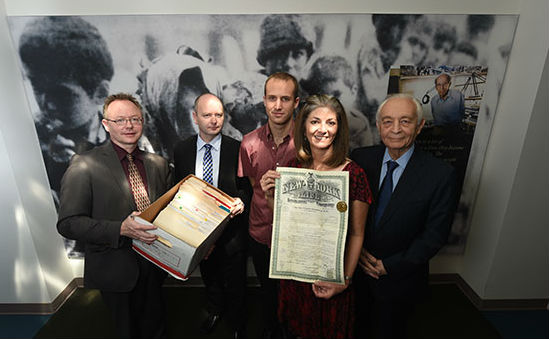 Accusation of embezzlement in a settlement relating to the Armenian genocide

It is claimed that two lawyers have illegally used the compensation gained in a class-action lawsuit over survivor benefits from the Armenian genocide. State Bar of California launched an investigation.
WORLD