System of a Down embark on Centennial Tour

The Grammy-award winning band has embarked on its “Wake Up the Souls’ tour of concerts planned for the Centennial of the Armenian Genocide with a concert held at The Forum in Los Angeles on April 6. The tour will end in Yerevan on April 23.
CULTURE AND ARTS

Entrusted to her daughter fifty years after she was abducted, the memoirs of Gülizar have been published in Turkish by the Aras Publishing House with the title ‘Gülizar’s Black Wedding’. Gülizar’s story contains messages for us all…
NEWS 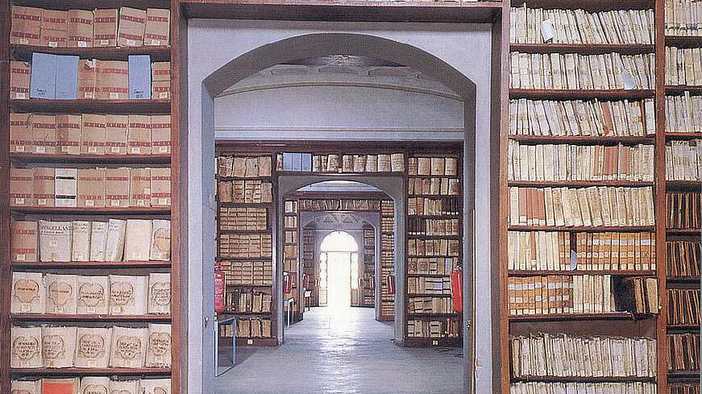 ‘A parade of human infamy’

Raymond Kévorkian’s book ‘Armenian Genocide’, based on years of comprehensive research, has been published in Turkish with Ayşen Taşkent Ekmekçi’s translation. We talked to Ekmekçi about the translation process, and the importance of the publication of the book in Turkish.
NEWS 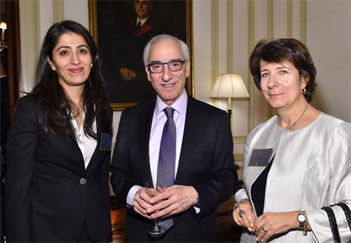 “100 Lives” tells the stories of rescuers

Russian-Armenian investment banker Ruben Vardanian, a leading figure of the Armenian Diaspora, is preparing to collaborate with famous Hollywood stars and human rights defenders within the scope of the Armenian Genocide Centennial Commemoration Events.
NEWS

Norway’s Prime Minister Erna Solberg’s announcement that she would not be taking part in the commemoration ceremony in Armenia on the Centennial of the Genocide sparked debate. Yet there were citizens of Norway among the witnesses of 1915. Norwegian missionary Bodil Katharine Biørn stood out amongst them.
NEWS 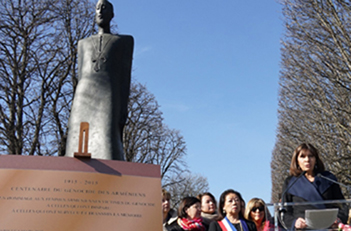 Paris Unveils Memorial for Women Victims of the Genocide

On March 8, International Women’s Day, a monument in memory of the women victims of the Genocide was unveiled in Yerevan Park in Paris.
CULTURE AND ARTS
03.05.2015

‘1915’, a US-produced psychological thriller about the Genocide, will be released across the USA on April 22. Co-written and co-directed by Garin Hovannisian and Alec Mouhibian, the film features Simon Abkarian, Angela Sarafyan, Sam Page, Nikolai Kinski and Jim Piddock in its leading roles.

Two theatres founded in Eastern Berlin in the middle of the last century turned Berlin into the centre of political theatre in Europe. The Maxim Gorki Theatre, having shed nothing of its power in the last century, is still one of the most important representatives of political theatre, and has dedicated a broad two-month program to the Centennial of the Armenian Genocide.