Turkey’s Council of Higher Education (YÖK) banned all academics, including rectors, from going abroad and recalled the ones who are currently abroad. Also, 1577 university deans have been asked to resign.
NEWS

After the attempted coup, some protesters damaged the monument that was built in the memory of people who died in Ankara massacre on October 10. Yesterday, the monument was restored.
NEWS

Yesterday, Minister of Justice Bekir Bozdağ said, “The cleansing is continuing. Around 6000 detentions took place. The number could surpass 6000.” Early in this morning, 7850 police officers are detained and also a search was carried out in the Air Force Academy.
AGENDA 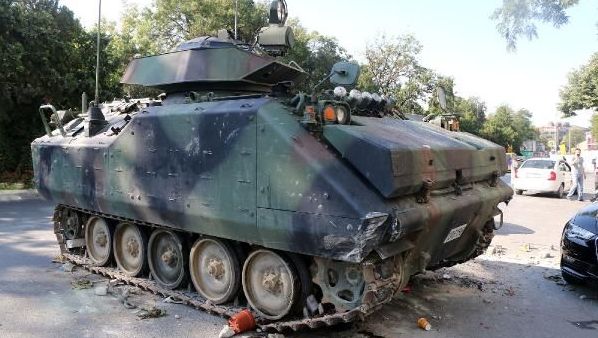 A group within Turkish military attempted to overthrow the government last night. The coup is forced back early in this morning, but the tension continues in Turkey. According Prime Minister Binali Yıldırım, 161 people were killed and 1440 people were injured. He also stated that the organizers of the coup are detained.