Protests have been staged in Istanbul, Ankara, İzmir, Antalya and Eskişehir.

People claiming that there had been irregularities in the referendum staged protested in different cities of Turkey.

In Kadıköy district of Istanbul, people carrying posters that read “No, we will win” marched to the office of Supreme Board of Election of Turkey. People shouted slogans like, “We are calling SBE to account”, “No to one-man regime, dependent judiciary, party-state and presidential system”.

Police intervention and detention in Antalya and İzmir

Police attacked the people protesting in Antalya and İzmir, and some protesters are detained.

In Ankara, students of Middle East Technical University marched. They shouted, “No, it is not over, we have just started”, “We won't surrender to the dictator”. People also staged protests in different districts of Ankara, objecting the last minute decision of SBE. 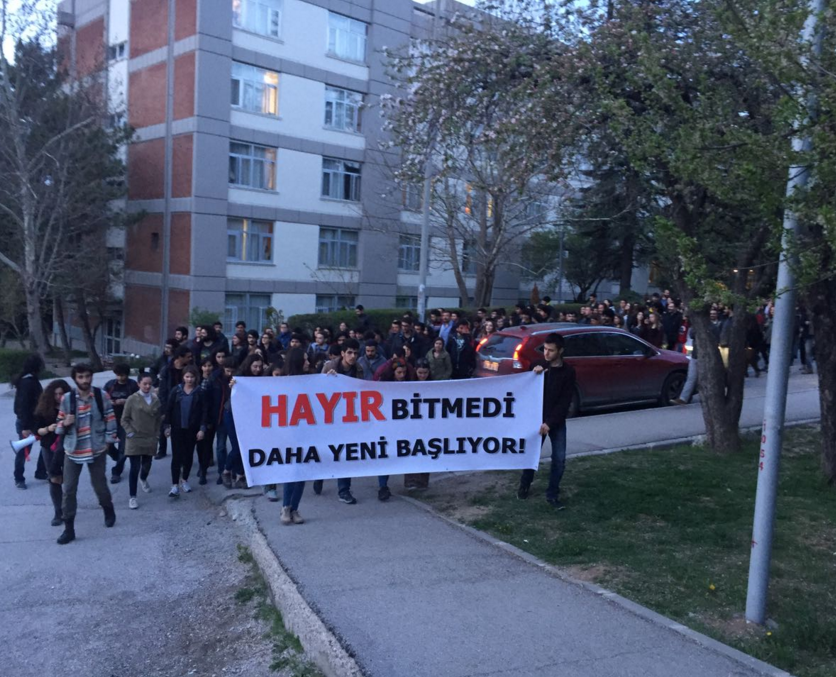