Historian Taner Akçam reveals another document of critical importance. In the telegram sent by III. Army Commander Mahmut Kamil Paşa to the regions from where Armenians had been deported, it was stated that the houses of the ones who hide Armenians will be burned.

Historian Taner Akçam reveals another document of critical importance, after Bahaettin Şakir's telegram which might be regarded as the document of Armenian Genocide. The telegram sent by III. Army Commander Mahmut Kamil Paşa to the regions from where Armenians had been deported is in fact dreadful. Mahmut Kamil Paşa wrote that the houses of the ones who hide Armenians will be burned. We wonder how long the authorities will stay silent after all of these documents.

We have the microfilm of the original version of III. Army Commander Mahmut Kamil Paşa's telegram which was written on a paper with the letterhead of Ministry of Interior. At the bottom of the telegram, there is the stamp of the ministry: “true to original text”. In this letter, Mahmut Kamil Paşa informed that the houses of the ones who hide Armenians will be burned and they will be executed in front of their houses, and soldiers or civil servants who had done it will be dismissed immediately and tried in military commission.

Here is the modern Turkish version of the telegram dated July 24, 1915: “It is understood that Muslims are hiding Armenians in some villages and towns from where residents were deported. The houses of householders who hide and protect Armenians against the order of the government must be burned and they must be executed in front of their houses. Make sure that there is no Armenian left who is not deported and inform us about your conduct. The Armenians who converted to Islam will be deported as well. If there are members of armed forces who protect [Armenians], they will be reported to the related ministry, dismissed immediately to be tried later. If they are administrative authorities, they will also be dismissed immediately and referred to military commission.”

Just like Bahaettin Şakir's telegram dated July 4, 1915, this telegram is also included in the file of Committee of Union and Progress trials, which had been held in Istanbul in 1921-22. In the indictment against CUP executives, this telegram was quoted at length and it was noted that the number of this document is “section 13, document 1” [tertîb 13 vesîka 1]. 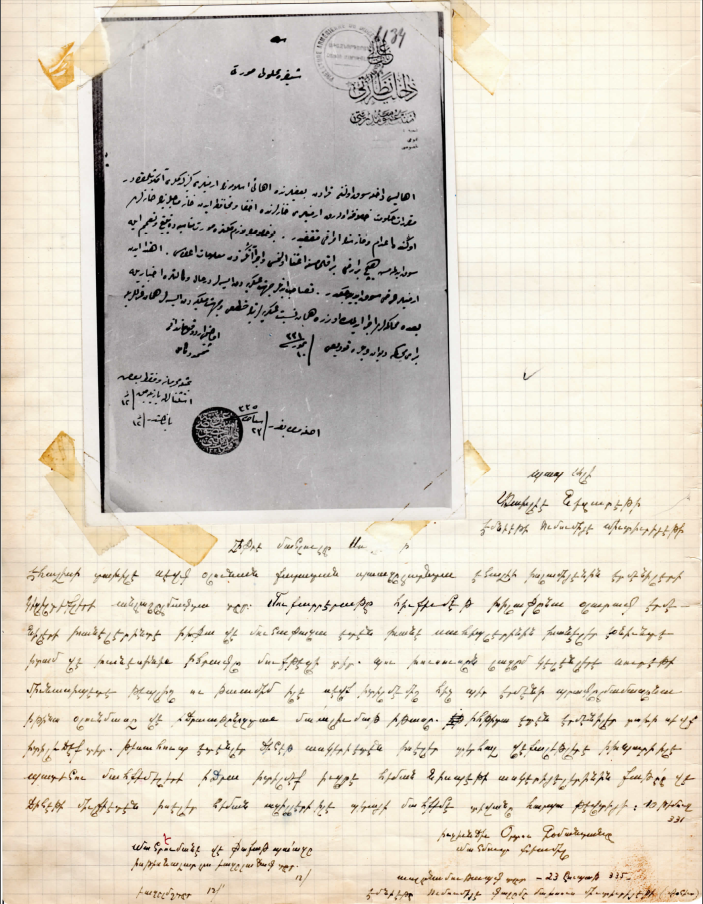 Mahmut Kamil Paşa wrote another telegram about the same issue. On August 1, 1915, he sent another order to the regions as an explanation to the one sent on July 24. In this second telegram, he wrote the execution order does not apply to “the ones who host women and children who were officially settled [in Muslim houses] by the government”. He noted that the punishment “applies to ones, regardless of their religion, who hide Armenians without informing the government” and these people will be executed.

This order reveals a fact: in villages and towns, many Muslims were hiding Armenians in their houses and the government wanted to prevent it. This is why threat of burning the houses and execution was posed.

All these documents revealed during CUP trials in Istanbul are still kept confidential in secret vaults of the state! Since these documents couldn't have been found for years, they had been treated as “invalid in the absence of originals”. For years, there had been a strange coalition. The state hid the documents and some academics spread the claim that “since there is no original document, they cannot be regarded as evidence”.

American historian Guenter Lewy was a leading actor who defended this claim. In his book published in 2004, he wrote “since the originals of the documents used in the court cannot be found, it is not right to regard the claims as reliable in terms of science of history.” In 2005, soon after this book was published, he was invited to Turkey and granted an award. The person who handed over this award was Bülent Arınç, Turkish parliamentary speaker at the time.

This comedy of “blind leading the blind” must come to an end now. The documents belonging to Bahaettin Şakir and Mahmut Kamil Paşa are just the beginning. We have plenty of original documents from Istanbul trials. More than hundred telegrams obtained by investigation committee formed on November 1918; telegrams sent from the regions, prosecution investigations of some suspect as in the case of Yozgat Governor Kamil, testimonies of Ottoman soldiers and civil servants, inspector reports... All of them will be made accessible online soon.

I expect the government to end this meaningless game that has been played for more than 100 years and serves for nothing but harming ourselves. The truth has a bad habit of revealing itself one day. It is meaningless to conceal and deny. It is about time to face with the history of Turkey, if we are not already late. Once we start with this confrontation, we will see that many basic problems in terms of democracy and human rights will started to be solved as well!

How were the documents collected?

Before Istanbul trials in 1921-22, an investigation committee was formed on November 1918. This commission traveled to the regions and collected documents concerning deportation and killing of Armenians in 1915-17. After the court started to work, it regularly applied to Ministry of Interior in accordance with newly-revealed facts and asked for extra documents. Upon the application of the court, the ministry sent letters to regions and asked them to send the documents on various matters to the ministry. From the documents in court files, we understand that some telegrams sent in 1915 were sent from many regions to Istanbul at the same time. For instance, Sivas Provience sent the copies of Mahmut Kamil Paşa's telegrams dated July 24 and August 1, 1915 to Istanbul on January 8, 1919. 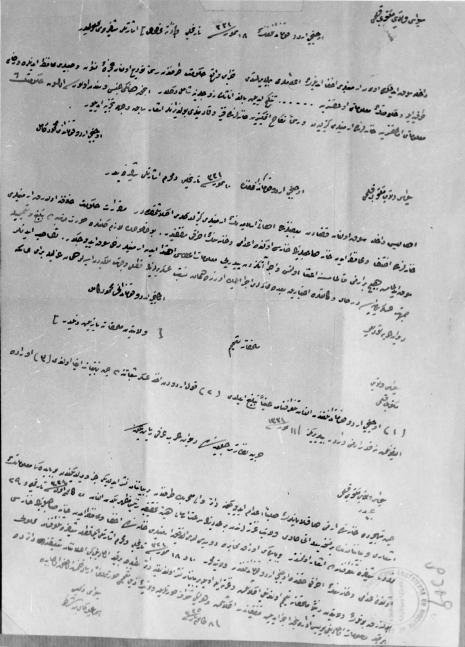 Documents are in the archive of Armenian Patriarchate of Jerusalem

We found the document in the archive of Catholic Priest Krikor Gergeryan, who died in 1988. The detailed information on Gergeryan and his archive can be found in the book Naim Efendi’nin Hatıratı ve Talat Paşa Telgrafları (İletişim, 2016) [Memoir of Naim Efendi and Talat Paşa Telegrams]. Here is how Gergeryan obtained those documents:

How did Gergeryan obtain the documents?

Life is full of coincidences. Krikor Gergeryan, who lost his parents and 6 siblings and many of his relatives in Armenian Genocide, was from Sivas and moved to Cairo for living with his brother. After he graduated from the seminary school in Rome, he decided to doctorate in the murder of Armenian religious leaders and started to collect documents. In '40s, he came across with Kurdish (Nemrut) Mustafa Paşa in Cairo, one of the judges of Istanbul martial court. In 1922, Kurdish Mustafa Paşa fled to Cairo out of the fear of arrest, after Ankara government seized Istanbul.

Paşa gave an important information to Gergeryan: during Istanbul trials, Armenian Patriarchate was allowed to be included in the case as complainant party and the patriarchate legally had the right to get the copies of case documents. Paşa also noted that these documents are in the archive of Jerusalem Patriarchate.

After that, Gergeryan went to Jerusalem and photographed the documents there. He shared what he had with many researchers. In 1983, Armenian Assembly photographed the entire archive of Gergeryan. These microfilms are open to researchers theoretically, but they are hard to use due to lack of proper cataloging.

Krikor Gergeryan died in 1988 and his nephew Dr. Edmund Gergeryan preserved his archive. On April 2015, Dr. Edmund allowed me to see this archive, giving me the opportunity to access majority of the documents from Istanbul trials. These documents will be accessible online as soon as possible.

After years of concealing the truth, destroying or hiding documents, Turkey has come to the end of the road. This meaningless policy of denial, which only serves for harming the country and prevents Turkey from become a civilized nation, must be ended. We hope that these documents we have published would serve as the beginning of a beautiful future. Elimination of denialism and facing with the historical truth will be the precursor of a good start for this country and its people.

[1] During our research, we found that a faint copy of Bahaettin Şakir's telegram was published by Vahakn Dadrian in Journal of Political and Military Sociology, Volume 22, No. 1 Summer 1994 (s.69).