If there is one thing that is undeniable about Sergei Parajanov it is that he was born to create art.


Shattered teapots, carpet fragments, peacock feathers, aluminum bottle caps indented with ancient faces from Armenia, household cleaning supplies and toys are neatly housed in glass cases hanging on the walls of the Pera Museum overlooking the Golden Horn. Welcome to the Sergei Parajanov exhibition, curated with excellent taste and selection by Zaven Sargsyan, the director of the magnificent Sergei Parajanov Museum in Yerevan. The exhibition conception and design is by the renowned master graphic designer Bulent Erkmen who captures with great attention to detail the colorful, prolific and embattled life of the master filmmaker, artist and visionary. Parajanov is hailed worldwide mostly for his films. When one goes to his museum in Yerevan or visits this beautiful and touching exhibit, one quickly realizes that he was also one of the last Renaissance men of the 20th century.

If there is one thing that is undeniable about Sergei Parajanov it is that he was born to create art.  Be it pencil on paper, film in a camera, rag dolls or shattered glass, the elements of the everyday world became his colors and paintbrushes. The world that both nourished and tried to destroy him was his canvas.  He was a rebel and a dreamer until the very end of his days. Beyond the grave, his art and legacy will continue to speak to us in volumes wherever one is fortunate to experience the multitude and prolificacy of his artistic creations that this exhibition evocatively celebrates.

Born in 1924 in Tbilisi, Georgia to Armenian parents, Sarkis Parajanian was fated to the life and struggles of an artist during the Soviet epoch.  Coming of age during the reign of Stalin, as a young man Parajanov (the name and surname were Russified) studied music at the Tbilisi State Conservatory and later enrolled in the prestigious VGIK, the film school in Moscow where he studied cinema with the Soviet master Michael Romm, fell in love and married a Muslim Tartar student named Nigyar Kerimova who was murdered by her family for marrying him. After her death, Parajanov moved to Ukraine and made documentaries until he exploded on the world cinema stage with his masterful, “Shadows of Our Forgotten Ancestors” based on a Ukrainian fairy tale.  The film was a feast for the eyes and senses, quickly establishing his unmistakable and singular vision as a cinematic storyteller of poetic and epic proportions. His second masterpiece was “The Color of Pomegranates”, a deeply personal and spiritual envisioning of the childhood, life and fate of Sayat Nova, the 18th century Armenian folk poet and troubadour.  Choosing to create purely cinematographic tableaus instead of a linear narrative, Parajanov created a highly original and misunderstood masterpiece that eventually led to his imprisonment for the second time on charges of homosexuality.  Artists and cultural icons from around the world protested his imprisonment, demanding his release that ultimately fell on the deaf ears of the Kremlin.  Among the petitioning artists and filmmakers were Yves Saint Laurent, Francoise Sagan, Jean-Luc Godard, Michelangelo Antonioni, Francois Truffaut, Luis Bunuel, and Andrei Tarkovsky.  Eventually he was released from prison after an intervention from French Surrealist Louis Aragon who personally petitioned Brezhnev.

After his release, Parajanov’s life increasingly became more difficult. The Soviet authorities tried to ban his work but he prevailed with a few more films.  He made The Legend of Suram Fortress in Georgia, followed by Ashik Kerib, inspired by an Azeri folk tale and started work on his last film Confession in Yerevan that he was unable to complete due to his failing health.  He died in 1990 in Yerevan where he is buried.  His films and Renaissance spirit remain a testament to true artists being beyond borders and languages, free to roam and create images, songs, colors and tapestries that speak directly to the human fabric that threads all of humanity.

The fourth floor of the Pera Museum houses a beautiful constructed timeline of Parajanov’s life, including a documentary that captures his voice, story, images of him on set and several photographs of his life from childhood until the year he died. The second half of the fourth floor exhibits his arts and craftworks, including a section on his visit to the Istanbul film festival in 1989 and the time spent with the late Ara Guler.

The fifth floor exhibits the artist Sarkis’s imaginative and colorful installations of Parajanov’s cinematic world.  In one hall is the striking and expansive mosaic of carpets and television sets, each playing a different film made by Parajanov.  There is a gown hanging in the middle of the hall like a phantom angel hovering over all of the creations below.  The cacophony of sounds and images from Parajanov’s films that Sarkis has juxtaposed offer a visceral and immediate gateway into Parajanov’s cinematic inner world.

Volumes can be written about Parajanov but why waste words when a few images can speak more than volumes.  Parajanov was far ahead of his time. He remains a lasting inspiration of creativity triumphing over political oppression to millions worldwide. This exhibit is another testimony to his legacy and prolific nature. 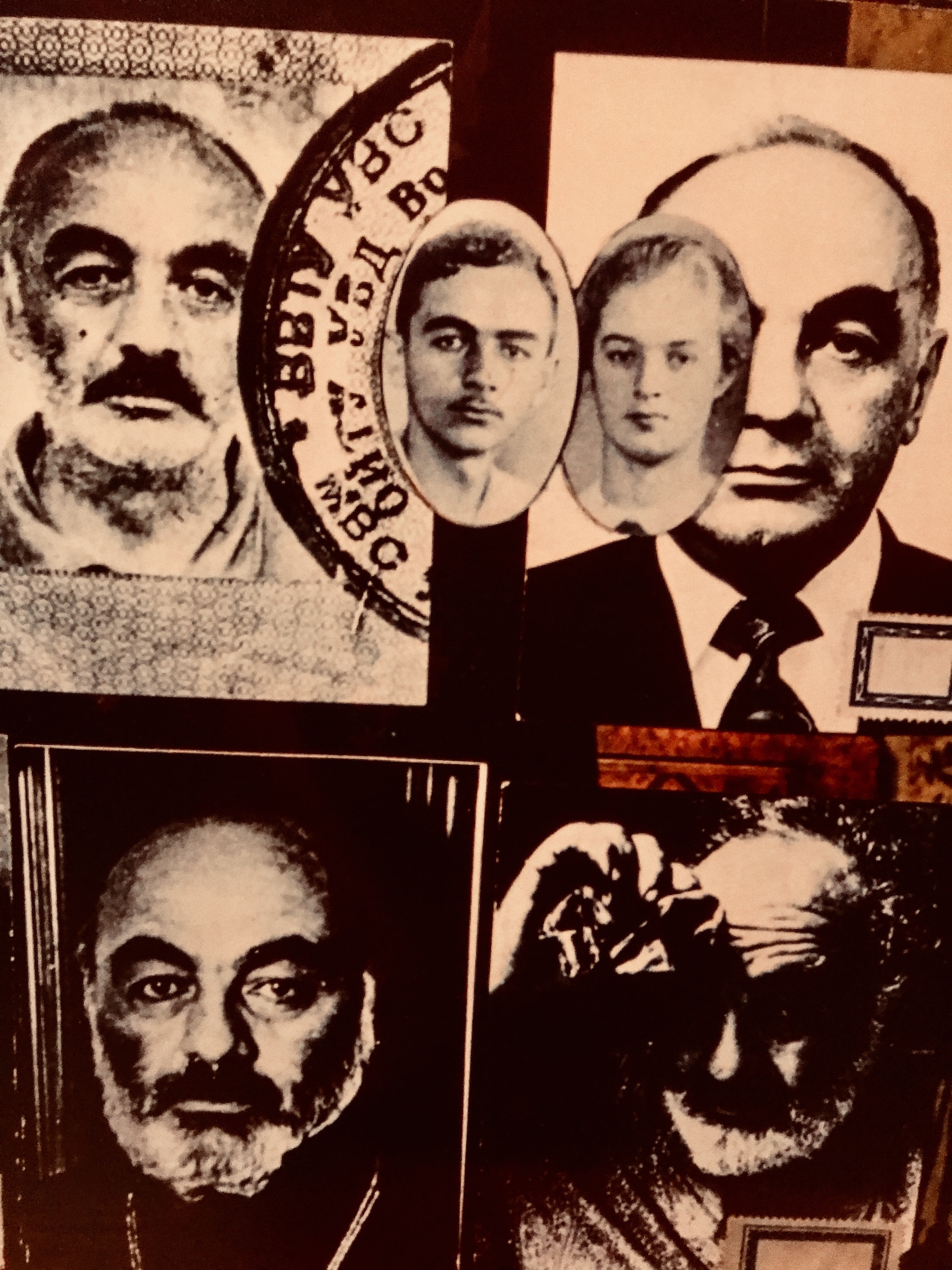