Israeli scholar Efrat Aviv's work titled “antisemitism and anti-Zionism in Turkey from Ottoman era to AKP”, which she was working on since 2012, is published as a book recently. Teaching at Middle Eastern Studies Department of Bar Ilan University, Aviv also presented the extensive survey that she conducted for the book published by Routledge Publishing to the readers and researchers. We talked to Aviv about antisemitism in Turkey.

Your work examines antisemitism in Turkey over a very long period. How do you divide your work? 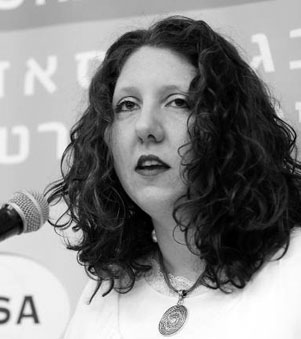 There is a common view that antisemitism is quite internalized in Turkish society. However, there are not many academic works on this issue. As a person who conducted an extensive work on this issue, what do you think about that?

I can begin my answer by telling a story that French-Jewish journalist Michel Gurfinkiel once told me. As there is a prohibition on publishing Hitler's book "Mein Kampf" in France, he was shocked to see piles of this book in one of the bookstores in the airport in Istanbul. He approached the piles and took pictures of this book. While doing so, the storekeeper approached him and asked: "Excuse me sir, why do you take so many pictures of this book? Are you the author?" I think this story might teach us about the lack of awareness prevailing in Turkey regrading antisemitism. I believe that no matter how much you learn about antisemitism, it is never enough, because we are all witnessing a rise of antisemitism in the world, even in the U.S.

Yet, I think that the situation in Turkey cannot be described in black and white and maybe this is the main reason why so few scholars have written on this topic. I have to begin by saying that many people deny the fact that there is antisemitism in Turkey. Even some of the local Jews refuse to admit it. It makes the whole thing even more complicated. How can you oppose something you do not believe exists? In my book, I also deal with anti-Zionism. Sometimes the limits or distinctions between antisemitism and anti-Zionism are blurred for the Turks. And this is something that should also be emphasized, because some Turks believe they are against Israel but not against the Jews. However, their expressions are antisemitic even when all they want to do is to criticize Israel.

What is the difference between antisemitism in Turkey and in other countries?

In my eyes, what distinguishes Turkey from other countries in the discourse on antisemitism is that this phenomena is much dictated by the current government. I mean, antisemitism is not a new phenomena in Turkey and it was practiced during the first years of the republic and after, but then again, the government maybe was not willing to deal with those who hurt the Jews or responded late (like Rifat Bali claims). They mostly (emphasis on "mostly") did not express themselves. With the AKP government, the situation is different, as the AKP government has a great influence on Turkish society or at least on some parts of it, so the problem is more profound. Let's face it, there is antisemitism everywhere, but in France, for example, no prime minister or president would say anything against Jews and will always oppose and condemn antisemitism. This is not the situation in Turkey. I believe that if president Erdogan could be more tolerant in this matter, it would affect the people positively as well. Of course, he is not directly responsible for antisemitism, but he surely has made a great contribution to its spread in Turkey. Every word he says has a great meaning for his supporters; so when he says negative things about Jews, and sometimes antisemitic things, it affects everyone.

You assessed antisemitism in Turkey over a long period. So, can you say that awareness concerning this issue has been growing?

The awareness in Turkey grows and it is something which is very important to know. It does not mean that in the next operation in Israel we will not witness actions of antisemitism, but still the awareness is better than it used to be. I think the Hrant Dink Foundation has had a great part in it as well as other human rights activists in Turkey. The Jewish community -some parts of it at least- also contributed to the understanding to this discourse. Unlike what some scholars claim, the Aladdin Project (teaching the Holocaust in Turkish high schools and universities) was not implemented in Turkey; from the very beginning, it was a part of the government's attempts to gain access to the EU. I claim that the rationale behind the government's deeds or their motives, reasons etc. are not important. I don't care why the Turkish governments does what it does, I care about the results and even though the project is currently on hold, I believe that the fact that it has started is important. We cannot always criticize without seeing the entire picture. Personally, I attribute much importance to the fact that 'The Pianist' was screened in Turkey as well as Lanzmann's long movie "Shoa". These elements should and must be further strengthened.

How do you assess the tension between Turkey and Germany and Holland, and the “Nazism debate”?

Well, I think that European countries have joined a respected club of countries which are accused of Nazism by Turkey. Israel is not alone in that aspect. I am kidding, but basically, for Jews in general and Israel in particular calling someone 'Nazi' must have a very good reason and proof that he/she/it acts like one. The misuse of the word "Nazi" is very problematic and disrespects history. We should also take a look at the countries and situations for which the title "Nazi" is given. Israel has been named "a Nazi country" several times by Turkish officials over the conflict with the Palestinians. Germany and the Netherlands were called this for not allowing Turkish politicians to speak in public. So, there is no certain line or logic behind this title. It despises the Holocaust in my eyes and it is a shame that people still use this term. In the same way, it must be humiliating for the Turkish president to be compared to or called Hitler. It works both ways.