On 102nd anniversary of Armenian Genocide, commemoration events are held in various cities in the world. In Armenia, the commemoration ceremony is held at Genocide Memorial Complex as always.

At Tsitsernakaberd, the Genocide Memorial Complex in Armenian capital Yerevan, Catholicos of All Armenians Karekin II held a mass for the victims of genocide.

This morning, Armenian President Serzh Sargsyan and his wife Rita Sargsyan visited the Tsitsernakaberd and commemorated the victims. 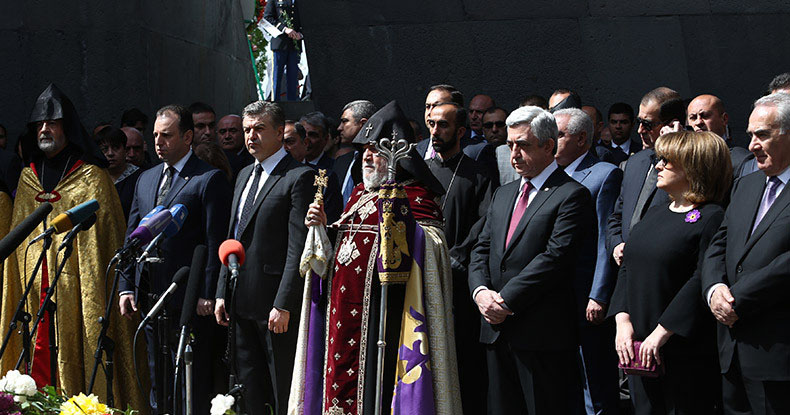 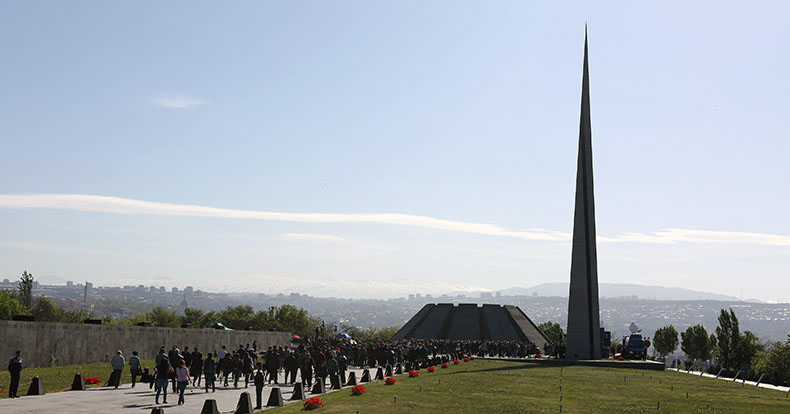 Early in the morning, thousands of Armenian citizens went to Tsitsernakaberd.

Famous musician Charles Aznavour’s son Nikola Aznavour also visited Tsitsernakaberd this year. Visiting the memorial on behalf of his family, Aznavour said: “My visit is a message to the young generation, reminding them to be here always. We have to support a powerful and united Armenia.”