The attack carried out on the French satirical magazine Charlie Hebdo continues to be widely condemned. Solidarity messages on social media have used the hashtag #JeSuisCharlie while the National Union of French Journalists called for a vigil in the name of press freedom and democracy at 5 PM local time at the Place de la Republique, Paris.

12 people lost their lives in the attack carried out on the Paris office of Charlie Hebdo today. A number of people were heavily injured, and it is feared that the number of the dead may increase.

Among those who lost their lives in the attack are the legendary cartoonists Cabu (Jean Cabut), Wolinski (Georges Wolinski), Tignous (Bernard Verlhac) and the chief-editor of the magazine for the last 6 years, Charb (Stéphane Charbonnier). Bernard Maris, the French economist who was a board member and columnist of the magazine, was also among the victims

Thousands of people have gathered in various cities across France to condemn the attack on Charlie Hebdo.

Vigil at the Place de la Republique in Paris 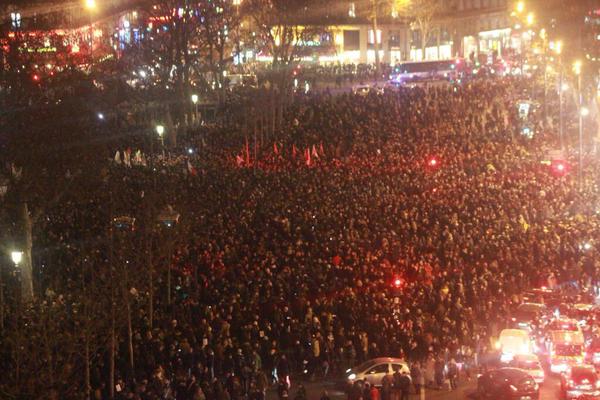 Vigils are being held across France in the cities of Nantes, Besançon, Toulouse, Lille, Strasbourg, Nimes, Bordeaux, Montpellier, Lyon, Rennes and Limoges.

Staff at the Agence France Press posed with the slogan ‘Je suis Charlie’ in support of Charlie Hebdo. 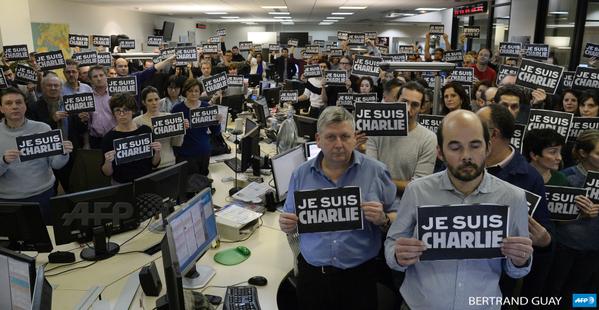 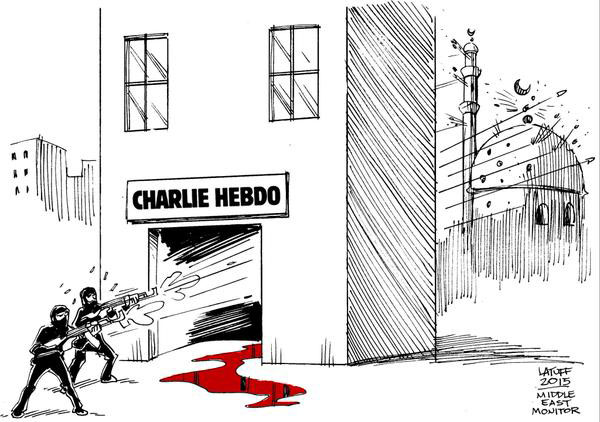 Condemnation from journalists’ organizations in Turkey

Journalists’ organizations in Turkey also condemned the attack on Charlie Hebdo which resulted in the death of 12 people, and more than 20 people being injured, with 4 in critical condition.

The Press Council made a statement, saying “We condemn terror whatever its source may be, and reiterate our belief in the free expression of thought”.

The Turkish Journalists Association (TGC) also released a statement saying “We extend our condolences to the staff of Charlie Hebdo and the people of France. We would once again like to underline that we condemn such attacks”.

The Journalists Union of Turkey (TGS) also condemned the attack. Offering its condolences to Charlie Hebdo staff and SNJ, CFDT and CGT, its sister unions in France, TGS declared that “the attack had been carried out not only on Charlie Hebdo but on all humanity” adding “No one is obliged to respect the sacred values of some at the level they demand. As journalists, we will neither fear nor step back in the face of the barbarian attacks of terror groups”.

The Union of Press Workers of Turkey, Basın-İş, a member of the Confederation of Revolutionary Trade Unions, DİSK, also issued a message of condemnation titled “Je suis Charlie / I am Charlie / Hepimiz Charlie’yiz”, stating that they had observed with concern how the attack was coyly or openly supported by some in the Turkish press, adding “The names of the journalists murdered in France will be included among the honourable journalists in various countries who have fallen victim to assassinations whose perpetrators are known, but have not been tried”.