The “Draft Law on Changes to be Introduced to the Law on the Duties and Powers of the Police and to A Number of Other Laws and Decree Laws” that has been debated for months will be discussed in Parliament next week. The Omnibus Bill re-regulates 132 articles of law, and three opposition political parties in parliaments have declared their counter statement on the grounds of a ‘breach of the Constitution’ since the bill will lead to rights’ violations, first and foremost the right and freedom to assembly and demonstrate, and will transfer judicial powers to the police.

So what does the Draft Law, which proposes significant changes to the Law on the Duties and Powers of the Police (PVSK), bring? Lawyer Nalan Erkem draw attention to the danger of transferring powers to the police in the arrest and detention process: “The decision to arrest should be subject to the permission of the prosecutor, and must be kept under record. When someone is arrested, a medical examination is carried out, the aim in doing that is to determine whether the person has suffered torture or maltreatment while in detention. The new regulation of the PVSK includes the phrasing, ‘the police takes under protection, leads away or captures’. This is a very vague definition. This new regulation leaves people without protection, there is no mechanism of balance.”

Restriction of the right of access to a lawyer

The new regulation that testimonies of plaintiffs, victims or witnesses can be taken at residences or work places, presented in some news reports as a ‘convenience for citizens’ when the Internal Security Package was made public, can also lead to the deprivation of rights. Erkem stated, “The right of access to a lawyer is a measure protecting the person providing a testimony. The new regulation may prevent the plaintiff exercising that right. Besides, there is no mention of a mechanism of recording about the conditions under which testimonies will be taken.” According to Erkem, another danger about the regulation is that it paves the way for the police to interfere with the private life of individuals at will.

One of the most widely criticised aspects of the Draft Law involves the right to assembly and demonstrate. Interior Minister Efkan Ala, in a recent statement, responded to criticisms about the prison sentence stipulated for those ‘who carry fire works, iron balls, catapults, who conceal their faces, who carry posters, placards, banners, images, panels, tools and instruments considered a crime by the law, and chant slogans of this nature’ said, “If they are to hold a meeting, they should do it properly and say what they have to say, so we can provide their protection”. However, according to Erkem, there is absolutely no distinction between peaceful and non-peaceful demonstrators in the new law: “For instance, if you were to attend a meeting where another person chants a slogan similar to that of an organization that could be defined as a terror organization, then you may be subject to very heavy sanctions even if you chant no slogan yourself.” 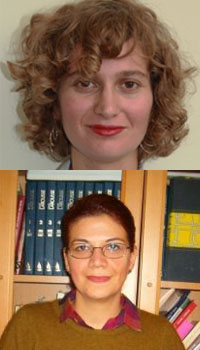 The extension of police powers to include those of the judiciary is not a new process. Especially changes made in 2006 and 2007 to the PVSK, the Penal Code (TCK) and the TMK both emphasized the concept of the ‘security state’ and gave the police new powers to protect this order. The 2013 TESEV report titled ‘The Spirit of Police Laws’ examined police laws issued since 1934 and the scope of police powers. We spoke to two members of the team that prepared that report, Biriz Berksoy, from the Istanbul University Department of International Relations, and Zeynep Gönen, who completed her PhD at the Binghamton University Department of Sociology, about the relationship between the political order and the police, and the proposed internal security package.

It is an oft-encountered problem in Turkey that certain practices are legitimized with laws issued after the event. The field of security, as you also state in your report, was subject to a similar process with laws issued after 1980. What does the reason and content of laws concerning law enforcement tell us?

In all laws concerning police powers there is an emphasis on the continuity of the state. The legitimization of the violence of the intervention to persons allegedly threatening the State is among the important elements of this mentality. On the other hand, the flexibility added to laws with “cases of exception” and the broadening of police powers via such means is also a part of this. In addition to this, the emphasis on a moral and economic order in these laws points to the conservative and unequal order, the establishment of which will be carried out through the police.

What does the ‘internal security package’ bring?

This package has been prepared in order to increase police powers, legitimize police violence, and criminalize and pacify political actions. The new PVSK in fact means that the ‘Law on Meetings and Demonstrations’ is adapted to the Anti-Terror Law, which itself has been rendered much more dangerous. The package makes it even more possible for the police to frequently resort to firearms, that will lead to deaths, and also proposes higher sentences for protestors, gives the police the power to carry out 48-hour detentions without notifying a prosecutor, gives provincial governors the power to launch investigations like prosecutors, and the power to rule over municipalities via law enforcement, and also gives the police the right to use special paint that cannot be removed for three days so it can track protestors. It seems as though the AKP is not only planning to end the solution process and arm itself to suppress the upcoming wave of civil insurrection, but is also giving highly dangerous powers to provincial governors and the police in order to prevent the reoccurrence of acts of powerful dissent like the Gezi Resistance. 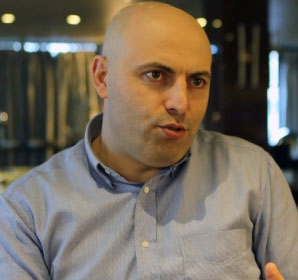 Another change introduced by the package concerns the structure of the police organization. Police colleges are being closed, and broad changes to administrative staff will be possible. As it has increasingly become the focus of criticism, we discussed the background of the stance of the police with Police Academy lecturer Associate Professor Erkan Koca. Koca has recently published a book titled ‘Between Order and Chaos’ in which he examines the police force’s view of the Gezi protests via interviews with police officers.

From what we gather from the interviews in the book, the police often perceive society via a dichotomy of ‘us’ and ‘them’; and you state that a similar conception of ‘them’ exists in protestors as well. Is this type of perception part of the nature of being a police officer?

The police are inclined to think via dichotomies. In my opinion, this is because police officers receive a military training from college on, and because they then enter a police force the internal structure of which is of a military character. In a healthy process, there should be no ‘other’ for the police. The criminal, the protestor, and the demonstrator are all part of the society of which the police officer is also a member. The police act within a psychological framework where they believe they are protecting a majority from members of a minority. However, democracy requires not that the majority, but in essence, the minorities and the weak feel secure. Military policing is a source of a great problem for a democratic political society, that much is obvious.

What changes does the ‘internal security package’ bring to police training?

In the new period, the plan is to give a year of specialization training to students from mostly the social sciences and political sciences departments of universities. I regard that as a highly positive step. If it is implemented, we could have a brand new and very different police force within 3-4 years.

The package broadens the powers of the police, and restricts the rights to security, social demonstration and the freedom of expression. Does this not mean the State is becoming more police-like?

Social actions and demonstrations are very important for the healthy functioning of a democratic society, however to ensure they take place in a non-violent manner is equally important. In that respect, there isn’t much of a problem in increasing the powers of the police. Whether the new law gives new powers to the police or not, the police always has, and always will have the right to enter the most private spaces of people. The real issue is not what those powers are, but who exercises them, and I believe that this is the perspective that ha been influential in the changing of both the higher education, and the institutional culture of the police force. It is not easy to overcome the distrust felt towards the police force by placing your trust in laws. This is not the way to make the police more law-abiding and democratic. A police officer on duty in the street is often physically alone, and alone with his or her conscience. In this sense, we have to trust the police.