We addressed two questions to two people, historian and former editor of Der Speigel Wolfgang Gust and historian Eric Weitz from City University of New York, who have been researching German complicity to the Armenian Genocide for many years.

The debates on the Armenian Genocide resolution, which was passed by Bundestag on June 2, continue. However, there is not much interest in the content of the resolution. While Turkish media covers the issue as a showdown between two countries, the ones who read the resolution are aware of the fact that this resolution doesn't have the purpose of accusing Turkey, rather it is about Germany's confrontation with its own past. So, what is this German complicity? We addressed two questions to two people, former editor-in-chief of Der Speigel and historian Wolfgang Gust and historian Eric Weitz from City University of New York, who have been researching German complicity to the Armenian Genocide for many years. The first question is about the meaning of the German complicity to the Armenian Genocide and the second one is about the distinction between Bundestag's resolution and the resolutions of other parliaments. 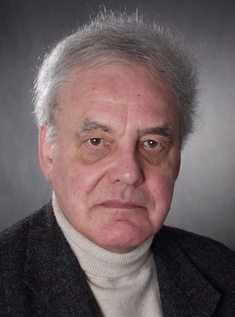 Gust: The Germans were the most important allies of the Ottomans during World War I. Without German financial and military help, the Ottomans had no chance of defending Turkey’s territorial integrity if attacked by Russia.

On the diplomatic level, Germany was best informed by reports of its own consulates, which confirmed that a genocide of the Armenians was taking place. The protests of the German embassies toward the Ottoman government were more or less harmless and were written in the perspective of expected peace negotiations. Their aim was to whitewash the Germans and to show that Germany tried to help the Armenians. The real reaction of the leaders of the German Foreign Office was different. Chancellor Bethmann Hollweg instructed the political direction of his department: “Our only aim is to keep Turkey on our side until the end of the war, no matter whether the Armenians perish or not.”

The leading German military advisers and officers in Turkey were more important for the evaluation of the Armenian genocide and the German role. Officially, they were under the command of German General Liman von Sanders, the head of the German Military Mission in Turkey, who was against the deportations, but most of the German officers were incorporated into the Turkish army, especially in the General Staff or army staffs. So, they were under the direct control of Minister of War Enver Pasha. One of these high-ranking German officers, Otto Feldmann, admitted that German officers had given advice to deport the Armenians from the war zones. Other German officers were directly involved in the military actions against Armenian civilians. Wolffskeel von Reichenberg, a close friend of Djemal Pasha, the leader of the Turkish 4th Army, personally directed the Turkish artillery against Armenian quarters in various cities. Silvester Böttrich, responsible in the General Staff for the railway, signed deportation orders against Armenians working for the Baghdad Railway.

All this is documented in the wartime archives of the German Foreign Office.

In its resolution, the German Bundestag mentioned the Armenian genocide only in the title and in a quotation by the German Federal President. There is no apology in a separate sentence. The very important role of the German military support for Turkey and against the Armenians is reduced to one reference in general terms. This seems to be a German phenomenon which we experienced some years ago, when scholars discovered the important role that normal German military men played in the Holocaust, which until then had been attributed only to the SS and criminals but never to the admired Wehrmacht.

'Jews of the Orient' 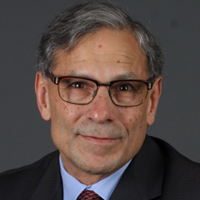 Weitz: The Armenian Genocide was committed by the Young Turk government of the late Ottoman Empire. The leaders and functionaries of the government and the Committee of Union and Progress were the responsible parties.
However, the Ottoman Empire, as we all know, was an ally of Germany and Austria-Hungary in World War I. “Official” Germans –army officers, ambassadors, consuls– knew precisely what was happening as the removal and murder of Armenians was being carried out. With a few notable exceptions, these official Germans acquiesced to the Genocide. Only very late, in July 1915, and in response to the pleas of his consuls in Erzurum and elsewhere, did Ambassador Hans von Wangenheim raise some half-hearted protests with the Young Turk leaders and with his superiors back in Berlin. These protests were brushed aside in Berlin. The official explanation was that the removal of Armenians was a war-time necessity because they posed a security risk.
That is only a part of the explanation. For decades, official Germans had expressed deep antipathy toward the Armenians, whom they identified as the “Jews of the Orient,” the exploiters of hard-working, upstanding Turks. Germany had identified the Ottoman Empire as a major site of German imperial expansion. Above all else, they wanted stability within the Empire so that German commercial interests could expand and so that Germany could contest its European rivals, Britain, France, and Russia, for major influence in Anatolia and the Middle East. To these official Germans, Armenians posed the greatest threat to stability within the Empire. Hence, when the CUP triumvirate began the murderous actions against Armenians, official Germans were at best indifferent, at most actively supportive.
Other Germans were appalled at the violence perpetrated against Armenians, but their voices could not triumph over the powerful supporters of the Young Turks in the German diplomatic corps, military cabinet, and civilian government, and the Kaiser himself. In that sense, Germany was indeed complicit in the Armenian Genocide.

Is Bundestag's resolution similar to the decisions of other parliaments? If not, how is it different?

Gust: The resolution of the Bundestag is very similar to resolutions of other parliaments, and that is surprising if not scandalous, because the Germans were not observers but were actors in the tragedy that struck the Armenians. The German parliamentarians had the possibility to clarify all the misinterpretations of the Armenian Genocide in Germany and abroad, to correct the mistakes that German Reich and its representatives made during World War I in Turkey and to name the real perpetrators of that genocide and their accomplices, on the German as well as on the Turkish side. But they took refuge in generalities about the “co-responsibility” of Germany. Instead of focusing on the German failure to stop, or at least to mitigate the genocide, they concentrated on the reconciliation between Turks and Armenians of the Republic of Armenia, without any reference to the Armenian diaspora worldwide. This is not the duty of German deputies and could easily be interpreted as interference in the affairs of foreign countries. In the speeches they delivered personally, the German deputies denounced a lot of German misdeeds or crimes, but in the future, it is only the official resolution text that will be quoted.

In this official resolution, there is no mention of the fact that no German university includes the Armenian Genocide in its curriculum. German children never learn about the Armenian Genocide, and this includes the children of some 3 million Germans of Turkish origin or Turks living in Germany. Education about the Armenian Genocide is left up to private persons without any help from the official side. The German missionary Johannes Lepsius is mentioned; he was one of the few Germans who during World War I tried to inform the German public about the atrocities committed in Turkey. In 1916, he wrote a very important book about the ongoing genocide. The resolution speaks about some hundred copies directed to German parliamentarians and intercepted by the Prussian censorship. No word about the 20,000 copies which friends of Lepsius printed secretly and sent to dispensaries of the German Protestant church. They all arrived but not one copy found its way to the priest’s office to be communicated to the parish. The Protestant church prevented thousands of Germans from being informed and perhaps thousands of Armenians from being saved.

The Armenian Bundestag resolution may open the eyes of many Germans (including those of Turkish origin) by calling the Armenian genocide officially a genocide. And it could open their eyes to other genocides Germans and others committed, especially the extermination of the Hereros in the German former colony of present-day Namibia, which is nearly unknown in my country. And finally the focus is opened on the First World War which, for a long time, had been overshadowed be the Second World War in all its horror. We Germans are proud of the recognition of the Shoah, even though it came after foreign pressure and has not been as completely worked through as most Germans and foreigners believe.

Weitz: The Bundestag’s resolution is well formulated. It makes clear the responsibility of the Young Turks and the fact that this was a genocide. It is notable that the resolution mentions other Christian groups, like the Assyrians, that suffered a genocide along with the Armenians.
The resolution could have been stronger on the German role. It is not only that the German military did nothing to stop the genocide once it was underway. It was actively complicit, even though it had not initiated the actions.

Now it is time for Bundestag and the government to recognize the other genocide aside from the Holocaust that Germans did commit, that of the Herero and Nama of Southwest Africa, today’s Namibia.