Around 4.00 am on Wednesday morning, Turkish military launched an operation in Syrian town Jarablus for sweeping ISIS. The operation called "Euphrates Shield" was started by artillery strikes in the morning and after artillery and rocket strikes, targets had been hit by airstrikes from Turkish military's jets. Around 11.00 am, Anadolu News Agency reported that Turkish tanks rolled into northern Syria. At 17.00 on Wednesday, Anadolu Agency reported that FSA seized Keklice village, some 3 kilometers south of Turkish border and then went on to the center of Jarablus. On the other hand, some other sources claimed that after Turkish Military Forces, around 1500 FSA fighters had entered the region. 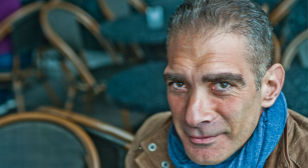 Not a war, but a response to Manbij

It has been discussed whether Turkey will engage with the civil war in Syria and there has been various scenarios. On Wednesday, some people claimed that Turkey has been engaged with the war. Former Erbil Consulate-General Aydın Selcen doesn't consider this move as engagement with the war: “Airstrikes have been carried out by anti-ISIS coalition, of which Turkey is also a part. It is declared that 12 predetermined targets had been hit. There were also artillery strikes. It seems that special forces had also crossed the border and joined the operation. Given all these developments, I wouldn't say Turkey has became a part of the war. Rather, it is a response to YPG, because of the liberation of Manbij from ISIS. It resembles the establishment of an advanced base after HPG had entered Sinjar.”

“The possibility of Kurdish sovereignty”

Keleşoğlu notes that “sweeping ISIS” is not entirely true as the ground for such an operation: “The name of the operation says it all: 'Euphrates Shield'. Against what are they serving as a shield? They try to stop Kurdish progress by using this shield as an obstacle. There is no doubt that ISIS has became a major threat for Turkey. It is crucial to chase ISIS away from the border. Turkey wanted Syrian opposition to do this, but they failed. Thus, Turkey took an action against ISIS, just like the US has been demanding for a long time and this action has two purposes: provide the border security and preventing SDF from further progress.” He also emphasizes that Turkey tries to have a strong hand in the negotiations of Syrian plan led by US and Russia and to suppress PYD and YPG.

Reconciliation with the US

Keleşoğlu doesn't think that Turkish forces are in Jarablus to stay. After chasing ISIS away from the border and establishing a buffer zone, the region will be left to FSA forces controlled by Turkey. He also points out the significance of the timing of the operation, which was launched on the day when Biden came to Turkey: “I think that a reconciliation started between Turkey and the US in terms of Syria policies. Turkey started to act in the way that the US wanted from the beginning. However, US support to SDF is still a subject of dispute. We will see what will happen concerning this dispute.”

Regional consideration of Kurdish question instead of a national perspective

On the other hand, it is also important that the operation coincided with the call for negotiation from HDP and KCK. Keleşoğlu says: “After KCK released a statement, the government said that they don't consider starting the peace negotiations again. First of all, Turkey tries to prevent Kurds from getting stronger in Syria; this is a regional struggle. I mean, Turkey now considers Kurdish question as a regional problem, not a national one and their main purpose became limiting Kurdish power. Kurdish question has been going on in Turkey as violently as possible, how can you make it worse?”

For good relations with Kurds