With the decree issued on September 2, many academics are dismissed. “Academics for peace” were one of the targets of this recent decree. Academics from Kocaeli University tell about what they have been going through.

A total of 19 academics

Keskin is one of the 19 “academics for peace”, who are dismissed from Kocaeli Univesity School of Economics and Administrative Sciences by the recent decree issued on September 2; just like Assoc. Prof. Yücel Demirer, who had been working in Department of Political Science and Public Administration. When we called them, they told that they are in their offices, packing their stuff up with the help of the research assistants and their friends, who managed to get in. As 19 academics for peace in Kocaeli University, they planned packing together, but the ones who wanted to come for support were prevented by the security. Keskin says that the lock of the office of a colleague from faculty of architecture had been changed and the security measures have been tightened even in their dwellings in the university. They have been asked to evacuate their dwellings within 15 days anyway. They cannot turn their computers on, use internet connection and their e-mail accounts because of administration's ban.

2,346 people have been dismissed from public service on the ground that they are linked to Fethullah Gulen. Among those people, there are 41 academics for peace who released a declaration on January 11, stating that “they won't be accomplices to this crime.”

Derya Keskin says that they have been expecting such a move: “On January 14, the decision of the senate was released on university's website and we were detained on January 15. On February 20, the investigation started. We objected to this investigation, since there were senate members in the investigation committee. We were called to give statement on August 23; however, it seems that they made their minds about us already on August 15.” Assistant Prof. Hülya Kendir was also working in Kocaeli Univesity School of Economics and Administrative Sciences and says that they were holding themselves in readiness: “We were prevented from attending international conferences. Our assignments abroad had been canceled. When we objected, they said that it is because we are academics for peace. Now, files of 50 academics for peace have been referred to Council of Higher Education with the request of dismissal.”

Yücel Demirer says, “Everything changes in Turkey, except from the state tradition. By creating terror, they are trying to intimidate people who wish to come near us. This is an important indication of the fact that this political circle, who had been wronged by authoritarian state tradition once, is now itself authoritarian.”

Demirer also assesses the unlawfulness that they have been subjected: “The process is incredibly unlawful. We don't only protest against the unlawfulness that has been exercised on academics for peace. I was teaching this to my students: 'In practice of law, you don't only protect the right of the ones who are like you; this is not how democracy works. I would work really hard for protecting the ones who are not like me.”

They won't be on salary, they will refund their prepaid salaries and they won't have health insurances anymore; however, these daily difficulties are not their major concern. Demirer says, “Our lives will be harder and every one will suffer in different ways. However, we will survive. Currently, we are not concerned with economic problems, we are concerned with how we will keep our academic aspect alive. The ones who can afford staying in Kocaeli won't leave; we won't leave our students. I would be ashamed of talking about my troubles, when speaking to Hrant Dink's newspaper.”

There will be open courses, if not classrooms

On the other hand, each one of them are determined to continue to their legal struggle. Keskin says that she has no doubt that they will return to the university, even if it takes a lot of time. Yücel Demirer talks about how they will spend the meantime: “We will miss our students very much, which is the hardest part. When I was a young undergraduate student, I called my professor İsmail Beşikçi from home and managed to talked to him. We met in a cafe and he answered my questions, like we are in the school. I mean; places, offices or academic titles are not what make us teachers.”

Ümit Biçer: They take advantage of the attempted coup 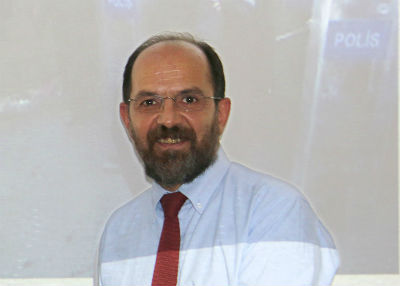 How did you find out that you are dismissed?

You don't receive any notification about the decisions related to decrees. So, a friend called me and said that I am dismissed. However, with solidarity, we will overcome this.

Were you expecting that you will be dismissed by a decree? In your opinion, what is the actual reason of the dismissal?

The political power takes advantage of the attempted coup, try to suppress and frighten people whom they consider as opponents. The critical point is that they try to intimidate the ones who might speak up and act in solidarity with us. I think that this is also an attempt to set up their own cadres within universities.

In Ankara University, they have chosen the academics who are both opponent and signed the declaration. In Kocaeli, they dismissed all academics for peace. From the beginning, we stand firmly and haven't stepped back. They wanted us to feel sorry. We are indeed sorry, but not for signing that declaration; we are sorry that we failed to stop the bloodshed, prevent child deaths and intervene more in what has been going on. They have been trying to link us to terrorism. However, we only wanted peace. If there is a terrorist, it is the ones who investigate and accuse the people demanding peace. We have nothing to do with the attempted coup. No one can dismiss us from public service, since we are not serving the public because of our salaries, but the public is our existence. We will continue to speak up about any kind of unlawfulness, because we believe that this country deserves democracy and peace and every citizen deserves human rights.

There is obscurity concerning decrees. No one is sure whether they will still hold after the state of emergency. What kind of legal actions will you take?

Though it is said that the decrees have indefinite force, the they are only valid within a certain period of time; meaning, during the state of emergency. However, if you look at the decision concerning us, we are dismissed from public service. This decision subjects us to a practice which will extend the limits of the state of emergency. Thus, even if the Constitutional Court wouldn't reverse this decision, ECHR certainly would. On the other hand, given the scope of the decrees, they completely violate the constitutional law and I think that the consequences of the decrees will be reversed one way or the other.