Anniversary of Ankara massacre: festering wounds in body and soul

It has been almost a year since October 10 Ankara Massacre. The case of the massacre, which left 102 dead and 391 wounded, will start on November 7 without the public officials included, despite all the objections of the lawyers. We talked to the survivors of the massacre. Accounts of Gülşen Ay, Uğur Erman Karakoç, Elif Zavar and Bahadır Kılıç are like similar but disparate parts of the same harrowing story.
NEWS

After the attempted coup, some protesters damaged the monument that was built in the memory of people who died in Ankara massacre on October 10. Yesterday, the monument was restored.
TURKEY

According to indictment about Ankara Massacre, the suicide bomber Yunus Durmaz recorded all churches in Turkey and blacklisted tens of Alive villages and cultural centers.
NEWS

The investigation on Ankara massacre happened on October 10 is completed. In the indictment, aggravated life imprisonment is demanded for 36 suspects.
NEWS 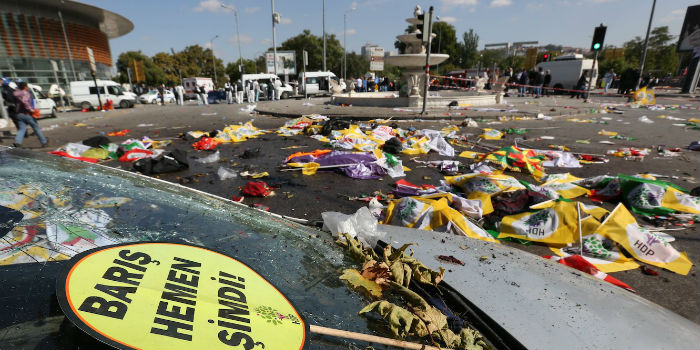 Everybody knew about the plans of Ankara massacre

In the report of civil inspectors, the names of the police chiefs, who hadn't reported the information about Ankara massacre to their superiors, are listed. 102 people were killed in the suicide attack on October 10, 2015 during a rally in Ankara. In the information that was received on the day of the attack, even the name of the bomber is reported.
NEWS 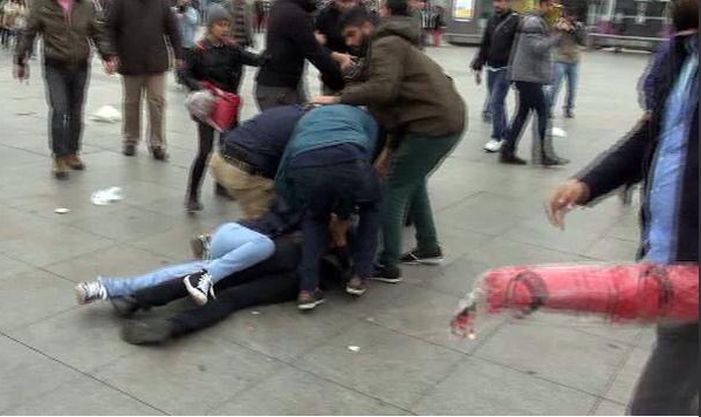 No permission for demonstration in Istanbul

Preliminary report for Ankara Massacre from IHD: investigation process must be open to public oversight

IHD (Human Rights Association) released a preliminary report concerning the suicide bomb attack on October 10. According to the report, the official authorities haven’t performed their duties and the right to life and assembly is violated.
NEWS

It turned out that EU countries sent security warnings to their representative offices in Turkey and the security measures were tightened one week before the attack in Ankara Train Station.