Historian Stefan Ihrig authored another important book titled as “Justfiying Genocide” that is published by Harvard University Press. In this book, Ihrig discussed the Germans' view of the Armenians from Bismarck to Hitler and we talked to him about the background and the factors that led to this historical attitude of Germans toward Armenians.

How was the view of Germany toward Armenians during the Bismarck era? Which factors had shaped that view?

Armenians were not much of a topic for most Germans in the Bismarck years. The Armenians really made an entry on the international stage with the Congress of Berlin in 1878. In the years after, Germany under Bismarck followed a kind of dual policy toward the Ottoman Empire: to use it as a deflector of tensions from the center of Europe and to gradually get Germany closer to the Ottomans as a possible partner. In all this, Armenians were something of an irritation –but also an opportunity for Germany. An opportunity because Bismarck’s Germany used the Armenian topic to endear itself to Abdulhamid by either standing by him or by being silent and not speaking out for Armenians. 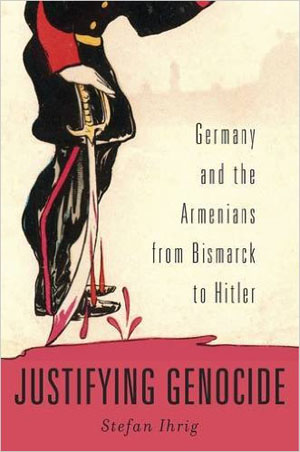 It is known that under the reign of Abdulhamid II, Ottoman Empire had developed close relations with Germany. What kind of a stand did Germany take towards 1894 and 1895-96 Armenian massacres in the Ottoman Empire?

The trend started under Bismarck continued afterwards: Germany used the Armenian topic to build up its standing with the Ottoman rulers. But, again, the topic was problematic. The 1890s massacres were a challenge for Germany in as far as fellow Christians were in need of protection and intervention, yet official Germany stood by Abdulhamid throughout the process, silently, almost like an accomplice. Though behind closed doors, the outrage was loud and clear.

In public Germany, something of a conflict between pro-Ottoman and pro-Armenian papers and activists started and it continued until the massacres had ended. One side wanted to raise awareness about Armenian suffering, while the other side either denied the extent of the violence or offered justifications for why the Ottoman state had to keep down  Armenians. The pro-Ottoman side was the stronger one, aided by newspapers that were in the government’s pocket. The interesting thing here is that Armenians were almost never really discussed as fellow Christians. Already in the 1890s, the racial dimension was becoming more and more important than any religious aspect.

When German Emperor William II traveled to Istanbul in 1898, this necessitated a new look at what had happened to Armenians in the years before. This led to the productions of not only justifications for the German silence on the matter and support for the Ottomans, but also very distinct justifications for why the Armenians had to be massacred the way it had happened. The most shameful, but most important and commercially successful justification for violence against Armenians was a book by Friedrich Naumann, in which he –an important imperial thinker, liberal politician and Protestant pastor– justified why Germany had to be silent and even fully justified massacring Armenians. His and others’ justificationalist discourses were bad precedents for future developments.

It is told that Germany did not prevent the genocide, because they needed Ottomans more than Armenians. However, as explained in the book, the Armenian enmity in Germany had strong historical roots. What do you think about that issue?

The historical roots of Germany's stance on the Armenian topic during World War I go back to the late 19th century. Germany as a state and a society had become used to the Armenians being “expendable” at the altar of imperial policies; Germany had become used to justifying the violence against Armenians. Thus, it was not really a question of “enmity”, but rather very sophisticated indifference based on a foundation of justifications for why violence against Armenians could be understood as “justifiable” –ranging from realpolitik to racial perceptions. During World War I, holding on to Ottomans as allies was of vital importance and Armenians again were seen as expendable. It is well documented how German diplomats knew about the genocide in progress and how the official Ottoman propaganda was believed at first. For some part of 1915, the matter was seen as a military one. Then, in the summer, the German embassy in Istanbul fully realized that the annihilation of Armenians was planned and in progress. But due to the alleged interests of the war, this never translated into anything but very shy protests. Germany –once more, like in the 1890s– became something of an “enabler” of Ottoman violence against Armenians; only now, on a much larger and more horrifying scale.

You wrote that Germany whitewashed the traces of the Armenian Genocide pursuant to the World War I. In that context, is it possible to say that they were still sharing the same destiny?

Already once the German embassy realized that what its consuls in Anatolia were witnessing was “the annihilation of a people”, in the summer of 1915, the German Foreign Office became afraid that what was happening to Armenians would be used against Germany after the war had ended. Entente propaganda at the time alleged that Germany was behind the Armenian Genocide. As a reaction, the German Foreign Office, already during the war, began to develop an official line and also to produce documents showing that it had not only tried to stop genocide in progress but had helped individual Armenians as well. After World War I, the German Foreign Office continued to try to “control the story”, but failed. In the summer of 1919, the German Foreign Office published documents on the Armenian Genocide which were meant to positively influence world opinion in relation to Germany’s alleged co-conspiracy in the genocide. This publication, however, in fact kick-started a large genocide debate in Germany. This genocide debate would reach its high-point when Talât Pasha’s assassin stood trial in Berlin and it continued until the Treaty of Lausanne was signed. 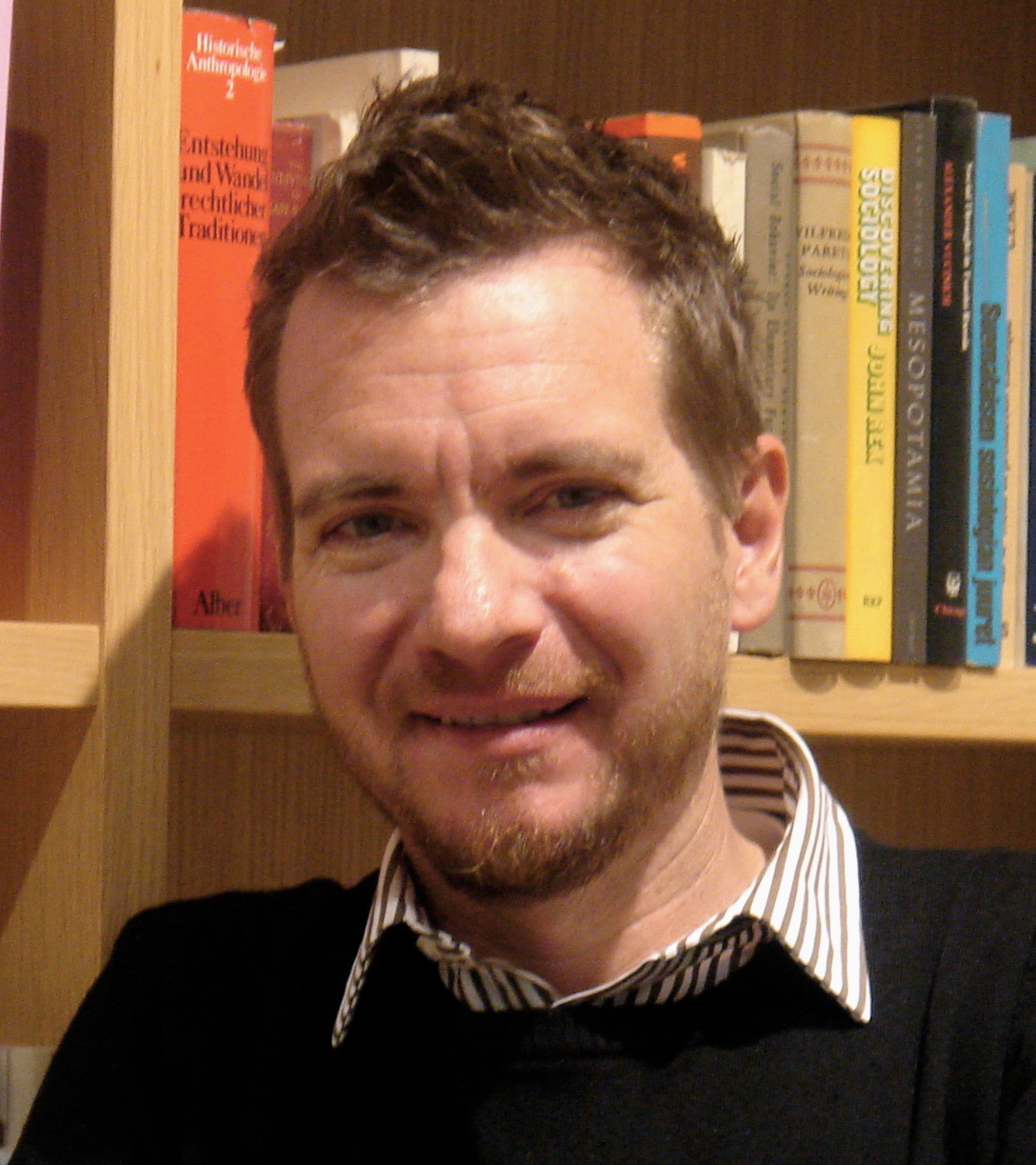 In the race hierarchy of the Nazis, Armenians were seen as ‘quasi-Jews’. What is the reason of that?

The Nazi view of Armenians was based on the views that had developed at the end of the 19th century in racial anthropology and also in popular discourse about Armenians. German anti-Armenianism was like a carbon-copy of Central European modern, racial Antisemitism. In racial anthropology and popular racial books, Armenians were portrayed as either racially related or equivalent to, or even “worse” than the Jews. The Nazis merely took previously existing discourses about the race of the Armenians –the “Jews of the Orient” as they had often been called since the late 19th century in German discourse.

It is known that the Nazis could update their race hierarchy as ‘occasions required’, like in the case of Arabs. Did they see the Armenians as ‘weak ally’ against the Soviets?

Despite the Nazi racial views on Armenians –which are documented for Hitler himself for the 1920s and the 1930s as well– the Nazis did not translate this into active persecution of Armenians in Nazi-conquered Europe. Armenians presented one of these cases in which the Nazis could set aside their essentialist racial worldview for immediate political and military gains, for a moment at least. Though, of course, it remains unclear what would have happened to German racial anti-Armenianism once the German armies would have been victorious against the Soviet Union.

The book prefaces with an anecdote on the famous ‘Forty Days in the Musa Dagh’ of Franz Werfel. You said that Werfel had written that book to warn the Jews against their upcoming fate. How could Werfel and European Jews have established an interrelation between the Unionists and the Nazis? What is its historical and political background?

When Werfel wrote his famous “The Forty Days of Musa Dagh”, it was mainly as a warning to Germany against Hitler. He wrote that Armenians were his “stand-in Jews”. For Werfel, it was obvious that the readers of the book would see the parallels between the genocidal politics of one regime and those of the one that was dawning upon Germany. The main reason why he expected that was the great genocide debate that had taken place in Germany around the Armenian Genocide in the early 1920s. Probably one of the greatest genocide debates in history before the Holocaust. People in Weimar Germany knew very, very well about the Armenian Genocide. During this great genocide debate, the German press had debated motivations and intent for genocide; the execution and ramifications; as well as, shockingly, possible justifications for Genocide for many years. And, importantly, discussing the violence against Armenians and debating the Armenian topic had always also meant –to some extent– talking about Jews. Through the racial views of German justificationalism and German anti-Armenianism, there had been always a connection to the Jews and the alleged “Jewish Question.”

Werfel was already on a lecture tour in the winter of 1932/33 in Germany reading from his unfinished manuscript, again to warn Germany against Hitler. He read the chapter in which the German pro-Armenian activist, Johannes Lepsius, meets Enver Pasha in 1915 and tries to get him to stop the genocide in progress. As a newspaper review from that winter told: it was clear to the audience in Werfel’s reading that Lepsius was not so much speaking to Enver, but rather to the audience, to Germany. Werfel was too slow in finishing his grand warning against Hitler. The novel was only published in late 1933, only to be banned shortly after its publication. Werfel’s was mainly a German and a Jewish story. Only due to its timing, it has been remembered mainly as an Armenian story.