Greek Secondary and High School was opened in Imbros after 51 years. Recently, a sports and culture facility and a technology class were opened in the school.
MINORITIES 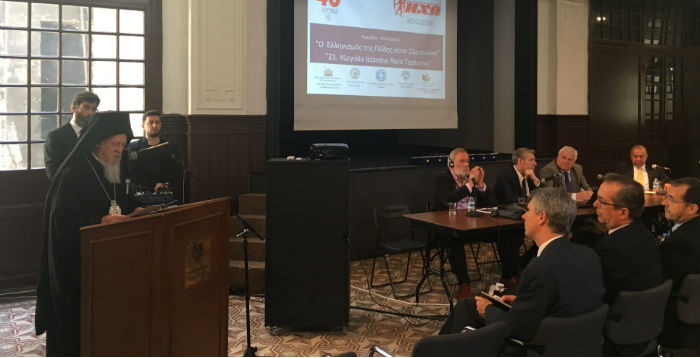 Ecumenical Patriarch Bartholomew reacted against the fact that Halki Seminary is still closed. He stated that they welcome any idea for solution.
MINORITIES

MP Selina Doğan filed a lawsuit against a person who used hate speech against her. In libel suit, the judge made a scandalous ruling.
MINORITIES

In Antalya, an Alevi family filed a lawsuit for the exemption of their child from the compulsory religion course. Antalya 4th Administrative Court ruled for stay of execution.
MINORITIES

Creating an education model with its Kurdish curriculum, day care centers named Zarokistan were closed down, after a trustee was assigned to Kayapınar Municipality. Covenanted employees are dismissed.
MINORITIES

Lom or Bosha people from past to present

Meline Anumyan from Research Center for Studies of Western Armenians' Problems published her study on Lom (Bosha) people in Artvin and Rize. Visitng Artvin and Rize on November 2016, Anumyan's work is based on Lom people's current way of life and perception of their identities. We talked to Anumyan about Lom people who are unknown by many people.
MINORITIES

Recently, HDP MP Garo Paylan had been banned from the parliament for 3 sessions and subjected to verbal assault for he used the word “genocide” and his speech was removed from the parliamentary minutes. Paylan wrote for Agos, telling what happened before and after the speech and what was his intention in the first place.
MINORITIES

Protestant Churches: target and “threat” at the same time